Hi, Lucy! Thanks for being my guest today. I'm really interested to learn more about your new M/M book, and I'll bet my readers are, too.

Lisabet Sarai:  Illicit Relations deals with a relationship between cousins. While this doesn't fit the strictest definition of incest, it will definitely make some readers uncomfortable. Why did you choose to write a story that seems deliberately provocative in this way?


Lucy Felthouse: I have no idea! LOL. It certainly wasn’t written with the intention of being deliberately provocative. I can’t say too much about this without giving away the twist in the tale—but rest assured, it’s not even as close to incest as you think.
LS: Do you personally find fantasies about inter-family sexual relationships arousing?

LF: No, not at all. But having said that, I don’t find fiction about it wrong, because it’s just fiction. I haven’t read any incest fiction, nor do I particularly want to, but if others do, then that’s fine. Reading the stuff isn’t illegal!

LS:  Are you concerned that this book might be banned by some vendors? Did the recent Kobo kerfuffle influence your decision to write this book in the first place?

LF: This book was written waaaay before the Kobo stuff cracked off, so it’s nothing to do with that. As I said before, I can’t say too much without giving the game away about the book, but if vendors ban it, then they’re dead wrong. This isn’t a book about incest. But if they do ban it, hey, you never know, it might increase my sales at other vendors! ;)

And as for the determining criteria, well, I’m steering away from that one! The above is just my opinion—it doesn’t mean I’m right. And it doesn’t matter, anyway, because vendors will just do what they feel is right.

LS: Most of your work that I have read has been M/F or M/F/M. Is M/M a new subgenre for you? How do you feel writing it? Is your focus or your writing strategy different in any way?

I don’t treat M/M any differently in terms of strategy, no. It’s a little more difficult, like F/F, or ménage, to make it clear who’s who in a scene, but other than that, it’s just the same.

LS:  Do you tend to use real life people or experiences in your writing? Any real world influences on Illicit Relations?

LF: Only in as much as I’m not a virgin! My private life is private, I don’t write about it. I may write about things I know about, have heard of, places I’ve been, etc, but other than that it’s pure fallacy. There is sort of a real world influence on Illicit Relations, but as I said before, sadly I can’t divulge the information because it’ll give the game away – sorry! You’ll just have to read it and find out ;) 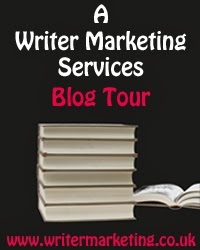 Click here for the rest of the tour schedule!

Terry’s had a crush on his second cousin Justin for what seems like forever. He’s hidden it as well as possible, knowing that the other man is out of bounds, forbidden fruit. Second cousins getting together isn’t actually illegal, but for Justin the relationship is too close—he just can’t contemplate them being together.

But when some new information comes to light about Terry’s birth and his place in the family, the whole game changes. Suddenly the relationship isn’t so impossible, and things soon begin to get hot and heavy.

Terry deliberately averted his gaze as Justin tugged off his T-shirt and dove into the pool. The last thing he needed was to see him topless. His libido was already in overdrive and he was having trouble not jumping Justin’s bones. In fact, the only thing that held him back was the fact that Justin was his second cousin. They hadn’t been brought up particularly closely, so it wasn’t as if he were lusting after someone he considered to be a brother, but still. They were related and it was weird. Or it would be weird if anything happened between them, which it wouldn’t, of course. It would be wrong and they both knew it.

Terry assumed that was the reason Justin was avoiding him, anyway. They got on well and there was an obvious spark between them, but nothing inappropriate had ever taken place. For the most part, they acted as cousins should. Every now and again, though, he’d catch Justin looking at him. Equally, Terry would drink his fill of his cousin when no one else was looking.

Apparently it was getting increasingly difficult for Justin, too.

Right now, at the annual summer get together at Terry’s grandparents’ massive house in rural Warwickshire, the tension between them had never been higher.

What made the whole thing ten times worse was that neither of them had come out. So ending up together would be a double whammy for their families. He could see it now. Hey, everyone! I’m gay—and so is he. We’re together. Now as you were.

He didn’t know whether the reaction would be favorable or not.

He also knew that part of his frustration about the situation was because he hadn’t yet seen any point in coming out. His feelings for Justin ran deeper than he cared to admit, and for that reason he hadn’t been in a relationship with anyone—ever. Not a homosexual relationship, anyway. He’d had girlfriends back in the days when he hadn’t realized what his urges meant, but since then he’d been by himself and remained a virgin. He was surprised, actually, that no one in his family had asked whether he was gay. He could only assume that because he was so private generally, they thought he would only introduce them to someone when he felt it was absolutely right. That was his plan, in fact. To come out and introduce his partner at the same time. But until he got over this damn infatuation with Justin, he was never going to be any farther forward.

His thoughts ran on for several minutes until he was interrupted—and startled—by droplets of cold water falling onto his bare shoulder. He turned. Justin stood there, shaking his blond head and sending the droplets flying around. Apparently he wasn’t avoiding Terry anymore.

It was hot and he was wearing casual clothes, so Terry wasn’t bothered about getting wet, but for some reason, he snapped at Justin. “For fuck’s sake, do you have to do that here?”

Immediately Justin stopped and stared at him. They’d never had a cross word between them, not even when they were children. “Sorry, mate. I was just messing around. I didn’t think it would piss you off.”

His blue eyes were wide and Terry felt his irritation dissipating rapidly. He continued to rake his gaze down Justin’s half-naked form. His broad shoulders and wide chest, which was sprinkled with a handful of pale hairs. His toned stomach, the six-pack nicely defined but not too body-builderish. His arms were thickly muscled but suited his athletic frame. Deep-blue swimming trunks hid the area he most wanted to see but he relied on the glimpses he’d had over the years and his overripe imagination.

Thick thighs and calves and, unbelievably, nice feet—he didn’t generally like feet—finished off the package of perfection and Terry was suddenly extremely glad he had a book in his lap, because his cock was beginning to swell and press against the inside of his swimming shorts. He realized that a dip in the pool would be a pretty good antidote—the chilly water should take the heat from his cock. And if not, at least no one would be able to see the bulge unless they swam underwater.

It was stupid, really, trying to hide his erection from Justin. They both knew there was something between them, and he wanted to bury his hard cock inside Justin’s mouth or arse, not hide it beneath a fucking book.

He began to wonder whether they should just get together, and to hell with the consequences. It wasn’t illegal.

Justin sat down on the sun bed next to Terry and flashed him a smile. “Am I forgiven, then? I haven’t got your book wet, have I?” He reached out to grab the book, presumably to try to dry it, but Terry slammed his hand down quickly, catching Justin’s fingers beneath his in the process, not to mention giving his cock a bit of a smack.

“No,” he ground out, wondering how he’d managed to get even a single word to fall from his lips. As soon as their fingers had touched he’d felt a spark that had run straight up his arm and multiplied throughout his entire body. His ebbing erection had immediately jumped back to attention, lifting the book slightly. He hoped against all hope that Justin hadn’t noticed but he had no such luck.

The blond’s gaze dropped to their still-touching fingers and, presumably, to the book and the thing beneath it that had caused the movement. He stared for a few seconds that felt like hours, then looked back up at Terry’s face. He opened his mouth then closed it again. For the first time ever, it seemed Justin was speechless.

A huge splash and a series of laughs from the pool broke the spell between them. Justin snatched his hand back and raked it through his hair. He opened and closed his mouth again, but for the second time nothing came out. He let out a heavy sigh and stood up looking dazed. He appeared to have trouble putting one foot in front of the other, as though he were drunk or had just woken from a very deep sleep. Of course, only the two of them knew the real reason for Justin’s behavior.

Finally Justin got his limbs to cooperate, and he made his way across to the table that held food and drinks, sheltered from the bright sunlight by a large, green gazebo.

Terry watched him go, a tumult of emotions running through his brain. Disappointment, confusion, anger, lust…they all assaulted him, though admittedly the last was screaming the loudest, a fact certainly not helped by Justin’s damp and topless state.

Now a feeling of despair took hold of him. What the fuck was he going to do?

GIVEAWAY! Just use the widget below!
a Rafflecopter giveaway

It's good to see Lucy doing more m/m--love the excerpt!

Enjoyed the interview. Thanks for the giveaway.