The Girl from Long Guyland

[Busy week for blog tours! Today I'm featuring Lara Reznik's suspense novel The Girl from Long Guyland. She's giving away a $50 GC to one lucky person who comments on one of her tour posts. AND her book is available tomorrow for only 99 cents at Amazon! ~ Lisabet]

Laila Levin enjoys a successful marriage and a thriving career as an I.T. executive in Austin, Texas, but she can't quite shake her lifelong sense of not truly belonging anywhere. 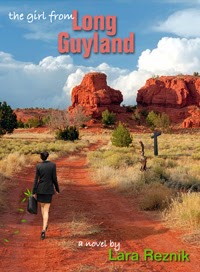 When her company announces a major layoff, Laila finds herself caught between an unscrupulous CEO and her promiscuous boss. Then news of her college roommate's suicide stirs up a dark secret involving three devious friends from her past. One has betrayed a vow, another wants to rekindle their romance, and the third is out for revenge.

Suddenly for Laila, it's 1969 again. She's only seventeen, and she's left her sheltered home in Long Island for college in Connecticut. Amid protests of the Vietnam War, she's tempted by the sex, drugs, and rock 'n' roll that rule her generation. Laila gets swept up in a deceptive love triangle with two older locals and initiated into their unethical hippie family. Too late she realizes her search to belong has led to tragedy.

Laila must now juggle the demands of her perplexed husband and her baby boomer past forcing her to make choices that endanger her survival and challenge her conscience.

She learns that the lines between right and wrong are often blurred, and sometimes you have to risk everything to be true to yourself.

The guy in the passenger seat of the Mercedes ordered Joey and me to get into the back seat of the car. He had a bushy mustache streaked with grey, and a sparkling diamond stud in his ear. He brushed my cheek with his finger and said, “I’m Angel,” then poked the driver’s arm.
“Get a move on.”

I caught the driver winking at me in the rearview mirror and realized it was Rojo.

“You got it, boss.” Rojo said, and stepped on the gas pedal.

I clung to the plush leather seat as Rojo sped the car down the icy roads.

Angel turned up the volume of the radio and sang along to Jefferson Airplane’s “White Rabbit” in an off-key raspy voice. When the song ended, he leered at me through rimless spectacles. “So, what’s a nice girl from Long Guyland doing with a couple of jerks like Ben and Chris?”

Did he know I’d been with both of them? Did everyone know?

"I-I guess I’m not as nice as you might think.”

Joey cleared his throat. “Laila’s a classy chick. Too good for those dudes, if you ask me.”

Angel whacked Joey’s head with his hand. Not hard, but enough to show he called the shots.

“No one asked you, jerk-face. Let her speak for herself.”

Get your copy today! Only 99 cents if you buy on 7 December! 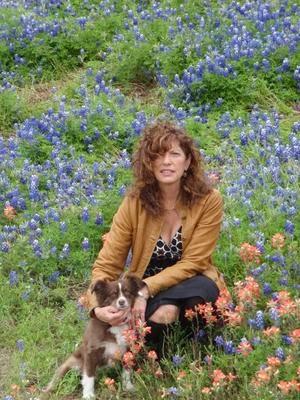 Lara Reznik grew up on Long Island but escaped to New Mexico in 1970 in a Karmann Ghia that she and her boyfriend jump-started cross-country. As an English major at the University of New Mexico, Lara studied under esteemed authors Rudolfo Anaya and the late Tony Hillerman. She also attended a summer program at the prestigious Iowa Writers Workshop.
Ambidextrous from birth, Lara preferred her right-brained creative side, but discovered she could make a better living with her left-brain skills, so entered the I.T. field in 1985.

Lara published her first novel, The Girl From Long Guyland in November 2012. The novel ranked #1 during its recent Amazon Kindle promotion and has over 115,000 Kindle downloads.

In addition to her novels, Lara has written and optioned three screenplays that have garnered semifinalist and finalist wins in the Austin Heart of Film, Southwest Writers, TV Writer, Chesterfield and Writer's Digest contests. Currently, Lara is working on a new novel based on her screenplay, The M and M Boys.

Welcome to Beyond Romance. Your book sounds intriguing. I can't tell from the blurb and excerpts whether there's a time travel element, or whether the flash backs are just memory, but either way, you've got me interested.

Haha, I like the "jerk-face." I seem to like to use that phrase a lot these days...

Sounds like a great read!!
Thanks for the chance to win!
natasha_donohoo_8 at hotmail dot com

Long Guyland...what a great name! I remember sex, drugs and rock n' roll too and can relate to Laila. Your book sounds mighty interesting!