Just What the Doctor Ordered

Hi, Lisabet, and thank you for having me today!

I’ve been asked many times what inspires me, prompts me to write a story or a scene. I have many triggers. Photographs play a large part—a thoughtful gaze out a window makes me wonder what that person is thinking; a man’s finger tracing a woman’s thigh; his forehead pressing between her shoulder blades; the twinkle in her eye as she peeps over his shoulder—there are stories there, waiting to be told.

Music is so much more than a few moments of rhythm and song—the emotion behind the voice and words tell a story. While writing PLAYING DOCTOR, I found myself struggling to hear what Beth was trying to say to Gabe, the reason she turned him away when all she wanted was to pull him back and hold on to the moment, if even for just a bit longer.

I was driving to work one morning, mulling over the scene. Normally, I have my iPhone plugged in the aux jack and my play list going, but that morning I had let the radio play. A song came on and as I listened, and as it played on, instead of the male vocalist, I heard Beth saying the words, and, bam, I knew what she’d been trying to say. That song was, “Too Close”, by Alex Clare. I pulled over, Shazamed it with my iPhone and added it to my play list. The song gave me my scene.

As a survivor of domestic violence, Beth Roberts had spent the past four years concentrating on raising her teen aged son and work. Meeting Dr. Gabriel North and finding her passion rekindled wasn’t something she had been looking for. Likewise, when Gabe finds himself attracted to the lovely photographer’s assistant at his friend’s wedding, the last thing he was prepared for was 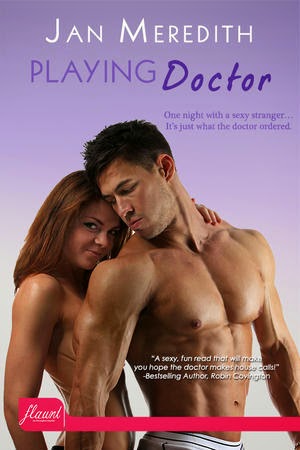 When a fellow RN jokingly predicts that Beth Roberts will meet a tall, ripped and totally lick-o-licious stranger who will fulfill her deepest desires, it’s supposed to be from across a crowded room, not giving CPR to a wedding guest. Given her tragic love life, Beth has no desire to become involved again, but who could have predicted the ponytailed doctor with the mischievous smile would break through her defenses?

Dr. Gabriel North blamed himself for his wife’s death. Now, after two years of battling guilt and meaningless hookups, he’s ready to move on. When he sees the sexy brunette at his friend’s wedding, his attraction is swift and strong, and he wastes no time in pressing his advantage. One night with the woman who makes him feel alive again isn’t enough. Her confidence in him as a physician is unfailing, but getting her to trust the man is going to take more than medical school has prepared him for.

“Talk to me. Tell me what you’re thinking.”

Gabe pulled into the hotel parking lot and cut the engine. Hooking his wrist over the steering wheel, he turned and looked at her.“I’m not ready to end this, and I think…hope we’re on the same track. If not, then I apologize, but I think you should invite me up so we see where this goes.”

“Yes, I’d like that,” she murmured, her voice a little shaky. When Gabe heaved out a sigh of relief and reached for her, she held up her hand. “But I have a stipulation.”

The expression on his face would have been comical if the situation wasn’t so emotionally charged, and Beth almost smiled. She’d bet her new stethoscope he was expecting her to say, no sex. Well, he couldn’t be further off the track. She wanted everything he could give her…and more.

“I have no room for romance or a relationship in my life, nor do I want it. I want no complications, and you can expect the same from me. This is for one night only,” she said.

Gabe nodded. The relief on his face told her they were of the same mindset where emotional involvement was concerned. Good.

“You should know that I’m free of any sexually transmitted disease. I was tested after my husband died.” She continued when he nodded again. “What we’re considering is sex, pure and simple, between two consenting adults, nothing more. Are we agreed?”

For a moment, Beth wasn’t sure she’d heard him correctly. “No?”

“No. I have a couple of stipulations of my own.”

Well, she certainly hadn’t expected this. Beth shifted in her seat. Wary and more than a little apprehensive, she said, “Please, go on.”

“First off, you should also know that I’ve never had an STD in my life. Secondly, I agree with the no romance, no relationship, no complications part and that we’re considering consensual—emphasis on the sensual—sex,” he corrected.

Gabe leaned across the seat, drove his fingers in her hair, took her mouth and her breath along with it. It was quick and thorough, a little rough with urgency. “Now, my stipulations.” He looked at her, his eyes grave. “You set the comfort level in everything we do. I want you to know you’re safe with me. I’ve been hard for you since the moment I first saw you. I want you easy and slow, hard and fast.” His gaze dropped to her mouth, the rough pad of his thumb skimmed over her bottom lip, and what he said next took her breath away. “I want to feel you come around my cock and against my mouth, and more than anything, I want to feel you swallow me deeper than I’ve ever been swallowed before. I want you on your back, straddling my hips, and on your hands and knees. It can be sweet and innocent or I can flat out fuck you until you can’t walk if that’s the way you want it, but there will be nothing pure or simple about it. Are we agreed?”

“Are we agreed?” he repeated.

Get your copy of Playing Doctor today! 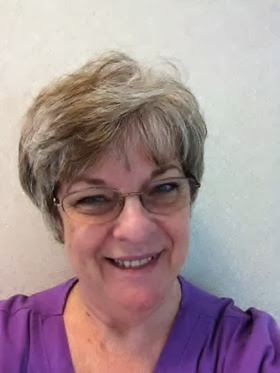 Jan Meredith has been a romance junkie since her teens. When she isn't penning steamy stories about strong-willed, independent women and the sexy men who love them, she works as an Infusion Therapy nurse. She lives near Mammoth Cave, KY with her husband (and former high school sweet heart) Tommy.

By the way, this post is part of my blog tour. I'm giving away a $10 and a $25 gift certificate to your choice of Amazon or Barnes and Noble. Use the Rafflecopter widget below to enter!

Oh I have seen this book around cyberspace... liking the sound of it! Thanks for sharing!

Thank you, Colleen C. Playing Doctor was a pleasure to write. I hope you enjoy reading it, as well.

Welcome to Beyond Romance! I'm sorry I couldn't stop by earlier to say Hi and congratulate you on your really steamy cover! I really like the premise of this book. I have a dear friend whose husband abused her and I know how it almost destroyed her self-confidence and her ability to trust. It's important to write about these issues.

Sounds like a great book. A lot of women are sabused. They deserve for others to know it goes on.

Hi Jan,
i love the cover, it's gorgeous and the excerpt was wonderful. i look forward to reading the rest of the book. i wasn't able to get the rafflecopter to work for me but wanted to say congrats on the book anyway.

Sounds like a great read. As a former battered spouse I am always curious as to how authors handle the thoughts and feelings left from that type of relationship. Looking forward to reading your book. Thanks for sharing your time and the giveaway(s).

CPR at a wedding! That's interesting. Thanks for sharing with us today! I'm very excited to see how this turns out!

The cover really catches the eye. Blurbs sounds great,the excerpt totally clinches the deal for me. I'll have to check it out.

Yum, intriguing blurb and delicious excerpt! Thanks for sharing and for the giveaway.

Loved your SHAZAM moment. Always interesting to hear how stories come together.

Id there a little D/s action in the book? When Gabe starts to state his conditions it got a little domish in a good way

The excerpt's enough to show me (2) things: I like your writing voice "and" your H and h. "Emphasis on the sensual" was brilliant. :)

Asking a man what he is thinking?
Now I have to read the rest of the book to see what he was NOT saying .JWIsley(at)aol(dpt)com

Wow....that was a H O T excerpt! Cannot wait to read this book. Thank you for the post & the giveaway!