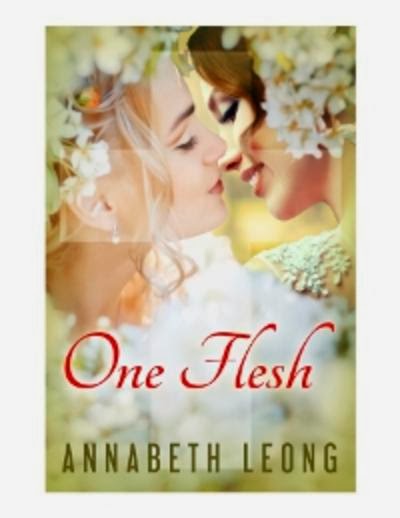 Leticia and Rosalie are planning their wedding, wanting very much to make their special day one to remember, but Rosalie has something else weighing on her mind, one more thing she wants to make as special and as memorable as the ceremony itself—their wedding night. Rosalie wants to be with Leticia in a way that neither of them had ever been with anyone else. But finding something that would be a first time for both of them turns out to be harder than expected.

As it turns out, there is one thing Leticia has wanted to do but has never trusted anyone enough to allow herself to overcome the fear of it. And it's something that Rosalie has never done either.

"I'll call tomorrow to tell the church how many flowers we want to order," Leticia said, sighing and folding her notebook closed. No matter how many neat lists she made with her favorite purple pen, the sheer quantity of wedding-related details was overwhelming. "Can you call the caterer back, Rosalie? I still feel like they sneaked a charge in somewhere, but I can't get a straight answer out of them about it."

Her fiancée smiled indulgently. "Better yet. I'll go in person on my lunch break, and they won't know what hit them."

"Great." Leticia rubbed her temples and closed her eyes. She'd wanted to go to bed early, but another evening of wedding planning had made that completely impossible. She was excited to be marrying her one true love and all, but it was easy to lose track of that when she had fourteen phone calls to make and her mother demanded an e-mailed progress report every single night. "That's got to be enough for now."

Leticia stole a quick glance at Rosalie. She'd changed into a cute pair of pajamas when she got home from work, the childish pattern an odd contrast with her sophisticated coppery makeup. Leticia briefly fantasized about peeling the clothing away, revealing her lover's curves and smooth brown skin. Unfortunately, at that very same moment, she had to stifle a yawn. She was so damn sleepy. They would need to get to bed immediately if she was going to give Rosalie proper attention.

"We can't quit planning yet," Rosalie said. "We haven't discussed the most important thing, and it's coming up soon."

Leticia groaned. She flipped her notebook open again and paged through her color-coded, highlighted lists. "We've talked about everything I had listed for the day, and we even went over things that have deadlines coming up in the next few days. I don't see what we're—"

"The wedding night," Rosalie purred. "We haven't discussed that at all."

There was no mistaking the sparkle in her eyes. Leticia actually blushed, the way she had at Rosalie's makeup counter the first time they met, when the other woman's soft words of praise, roughened by the obvious desire in her voice, had gotten Leticia so hot and flushed it had been impossible to identify the correct shade of foundation for her skin tone. She'd been forced to come back later, not that she'd minded.

Now that she'd figured out what Rosalie was hinting at, Leticia played innocent. For all her lover's passion, her Catholic upbringing had left her with an adorable aversion to using direct language. Leticia loved to watch Rosalie get flustered while trying to explain her naughty desires. She batted her eyelashes and focused on her notes again. "We've reserved our hotel room the night of. We've got our plane tickets to Puerto Rico for the honeymoon a couple days after that. Everything appears to be in order."

"The wedding night," Rosalie said, apparently oblivious to Leticia's teasing. She rolled her hands through the air, one over the other, the gesture an invitation to take the word "night" and run with it. "The whole reason I wanted an afternoon wedding was so we could have plenty of time together. Afterward. In the hotel."

"You mean to take a good, long nap? I'm sure we'll be tired after dealing with all the guests, and coming down from pre-wedding nerves, too." Leticia couldn't resist continuing the act.

"Not a nap. But I am talking about what we might do in bed." Now Rosalie colored, a deep red undertone becoming visible beneath the screen of her makeup.

Leticia composed her face as much as she could manage and shrugged. "Oh, are you talking about sex?" A giggle threatened to slip through at Rosalie's incredulous, exasperated expression. "I don't know. I've read tons of articles about how people get so exhausted from all the things leading up to a wedding that they don't even really want to have sex by the time the day is done. We'll have plenty of time for that later in the honeymoon, won't we?"

"Don't even really want to have sex," Rosalie repeated slowly, as if the phrase was a math problem and she couldn't quite work it out. Her forehead wrinkled in utter puzzlement. A snort burst from Leticia. Realization dawned on Rosalie's face. She grabbed a tissue from the box on the table and tossed it at her. They'd both collapsed in giggles by the time the thin paper floated airily to the floor beside Leticia.

Leticia allowed the force of her laughter to pull her off the chair. She crawled the short space to Rosalie's chair and raised one brown foot to her lips. Leticia did enjoy a little foot worship now and then, but her current mood was far from reverent. Slowly, carefully, she slipped her mouth over Rosalie's polished big toe. She licked until Rosalie's breathing changed, confused between laughter and moaning. Then Leticia lifted off the toe and pressed her mouth to the sole of Rosalie's foot. She inhaled, gripped the ankle tightly, and blew a powerful raspberry.

Rosalie squealed and tried to get away. Leticia smiled but kept up the wet, ticklish vibrations. Rosalie's foot jerked in her hands. Leticia kept hold easily. She had plenty of practice restraining patients, which happened to have fun applications at home.

Rosalie writhed as she laughed. Leticia drew breath for another raspberry, but cut her eyes up as much as she dared. She didn't want to miss the sight of her lover, breasts bouncing under her shirt as her rib cage shook, hips rolling as she struggled to get away, face squeezed tight as if to ward off the unbearable sensation of being tickled. Effectively, this previewed Rosalie's orgasm. Warm arousal spread through Leticia's body as she forced Rosalie to stay in this state, and as she looked forward to seeing the real thing very soon.

Rosalie rained playful blows onto Leticia's head. "Why the hell am I marrying you?" It took forever for her to get the sentence out, as she had to gasp each word between shrieking laughs.

Leticia grinned and tugged at her lower legs. Her lover took the hint and rolled out of the chair to join her on the floor. Leticia wrapped her arms around Rosalie, who felt small and hot and curvy. She slipped one hand down to tickle between her ribs, rewarded by another delicious howl. Rosalie shoved at her chest. "You are evil, I swear."

"I'm sorry," Leticia said softly, managing to sound sincerely regretful. She kissed Rosalie's temples with great tenderness, until her lover relaxed and stopped wriggling. Leticia murmured more soothing words, rubbing Rosalie's back... then licked the side of her face.

Annabeth Leong has written erotica of many flavors—dark, romantic, kinky, vanilla, straight, lesbian, bi, and menage. Her lesbian stories have appeared in the Lambda Literary Award-nominated Lesbian Cops, Circlet Press's love-spell anthology Like Hearts Enchanted, Lovecraftian erotica book Whispers In Darkness, and others. When not writing erotica, she is frequently reading it. She has lived in six states in various parts of the United States, and traveled to most of the others. Annabeth believes passionately in freedom of speech, rights for people of all sexual orientations, and the need for compassionate religion. She loves shoes, stockings, cooking, and excellent bass lines.

Thanks so much for posting this!