An Interview with Rob Murphy 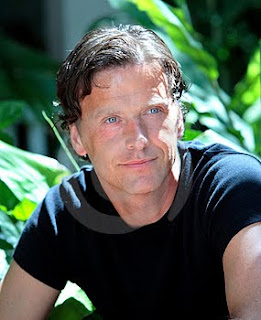 Interviewer: So tell us a bit about yourself and your personal history.

Rob: Well, I guess I'm just an ordinary guy. Born and grew up in Worcester. My dad was in the force—he was cited for bravery three times—and everyone always assumed that I'd be a cop too. Don't get me wrong, I love the work. It's frustrating some times, when City Hall won't give you what you need. But I wouldn't trade my job for anything else. I like the sense that I can make a difference in people's lives. Most people are pretty decent, but life can be touch. I try to make things easier when I can.

Interviewer: Is your father proud of you?

Rob: I assume he was, though he wasn't the type to express his emotions. He was killed in the line of duty about fifteen years ago. Now, somehow, I feel like I have to make it up to him by being the best damn policeman in the city.

Interviewer: Given how long you've been on the force, I'm a bit surprised you're still only a sergeant.

Rob: Yeah, well... I've always assumed that my, um, sexual preferences have something to do with that. Discrimination is illegal and all, but Worcester's pretty conservative. A lot of people are still uncomfortable with the notion of a gay cop.

Interviewer:And have you always been attracted to men?

Rob: Looking back now, I'd answer yes. I always had those feelings, I just never admitted them. I dated girls in high school and I married Gina not long after I graduated from U.Mass. I loved Gina—hell, I still love her. She gave me two great kids. The older I got, though, the more I craved the touch of another man. I started sneaking around, trying to satisfy that hunger without her knowing. Then one day she found me in our bed with the pizza delivery guy and threw me out.

Rob: I probably deserved it. She wasn't upset that I was gay. It was the fact that I'd lied to her, and also the very real possibility that Will or Jenny might have popped in and found me with a man's cock in my mouth. Gina's a woman of principle.

Interviewer: So, have you had a lot of male/male relationships since then?

Rob: Not really. I've always been worried about my job, about getting caught in some compromising situation...

Interviewer: But that didn't stop you from getting close to Kyle.

Rob: Oh, but it did, especially at first. The instant I saw him, I wanted him, but I told myself that he was all wrong for me. He was too young. Getting involved with him might well be a risk to my job. Then there were those visions of his. They really freaked me out. Especially after Mary...

Interviewer: Tell us about her.

Rob: My kid sister. Sweet and smart and beautiful, too, but cursed with the power of telepathy which she didn't understand and couldn't control. She had to drop out of school because the chaos of other people's thoughts in her head nearly drove her crazy.

Rob: In some ways. His power landed him in the psychiatric hospital over and over again. But Mary began studying, learning how to focus her ability and suppress it when it was inconvenient. She might have led a happy life...

Rob: She – she was murdered. Horribly. I can't talk about it, even now. And Kyle—well, I knew deep down that he wasn't really schizophrenic, that he was cursed in the same way. I didn't want anything to do with him. Except that I got a raging hard-on every time I looked at him.

Interviewer: Still, you tried to resist him, I gather?

Rob: I tried (chuckle). But it was no use. Kyle is extremely—persuasive. Anyway, now I know that we were meant to be together. I'm proud to be his man and I don't care who knows it.

Interviewer: So do you believe in soul mates, and true love?

Rob: Hell yes. When Kyle and I are together, I don't have any doubt that he's my other half, despite all the differences between us.

Rob: I think so. I hope so. No, scratch that. I'm sure, completely sure. I can feel it when I touch him or he touches me. I know it sounds like some hokey romance novel, but hey, that's what love is like.

Interviewer: Well, thank you very much for sharing a bit of your story with us. And Merry Christmas!

Rob: The same to you. It's the best Christmas of my life.

Thanks for the great interview can't wait to read this book.

I enjoy interviews with the character of a book!

There are so many reasons I want to read this story - in cluding the whole psychic/cop/flawed character things. Is it the 28th yet? *g*

Sounds like a good book adding it to my list of books to get.Hope your having a Great Christmas Today and that you have a great New Year.
sasluvbooks(at)yahoo.com