The Lure of a Happy Ending 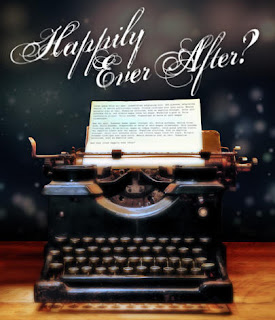 I admit it—in real life I’m a cynic. I’m always trying to stifle a natural inclination toward pessimism. Maybe that’s why I love the romance genre so much. No matter what trials and tribulations the characters face, love wins out in the end.

True romances have a couple of possible endings: happily ever after (HEA) or happily for now (HFN). Some people always prefer one or the other, but I prefer to see whichever fits the story best. If the characters have only just met, I find declarations of undying love a bit hard to believe. Other characters face such huge obstacles that anything other than an HFN would ring false. Sometimes the hope provided by a happily for now ending is enough for me.

Not every story can pull off the happily ever after ending. Recently, I’ve read several books with happy endings that seemed tacked on. The characters’ problems were miraculously solved in deus ex machina fashion, and everything was perfect. Rather than being left with a warm feeling, I was annoyed. The characters didn’t have to grow to reach their happy ending, and the whole story became unrealistic as a result. I read romance for the conflict as well as the ending, so I felt cheated.

I have to confess, though, when it’s well-done I’m a sucker for the HEA. The idea of people finding their soul mates, whether they live forever in wedded bliss, a same-sex partnership, a D/s relationship, or a happy ménage, is incredibly appealing. I guess that’s why most of my own writing ends with HEAs. Granted, I tend to make my heroes work really hard to get their HEA, but I guess I’m just mean like that. To me, it’s important that characters grow and learn over the course of the book, and that conflicts are resolved in a realistic manner. Only after I’ve dealt with those things can I give my characters the happy ending they deserve. After all, the more difficult the journey is, the sweeter the ending seems, at least to me.

What about you? Do you expect every romance to have the traditional HEA ending, or are you fine with HFN? Have you ever been annoyed by an ending that felt too happy, or not happy enough? 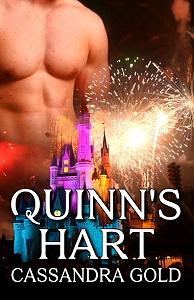 About Cassandra: By day, Cassandra Gold is a middle school teacher who spends most of her time trying to get sixth and seventh graders to read. On nights and weekends, she can usually be found reading and writing stories about men falling in love. To find out more about Cassandra and her writing, go to her website at www.cassandragold.com.

Yes, definitely HEA ending! When I buy a book, I usually check the ending first to see if it has a HEA! I want to feel happy and satisfied after reading a good book. It is my way of escapism.

Yes I want a HEA ending. When I was in school a friend loaned me a book which the main character went through everything and just when you thought everything was going to work out for him he was killed. I couldn't tell you the name of the book now but I can tell you how upset that I was when I finished the book and I felt like I had wasted my time reading it. The ending just made the book suck for me and that was over 25 years ago.

To me a HFN is as good as a HEA if it fits the story.

@ Tamsyn: Yes, exactly. A satisfying ending is a must.

@Sherry: Ugh. I hate it when a book has such a bad ending I feel like I wasted my time. I bet you never wanted to read that author again!

@Estella: I agree. :) Some stories just can't have HEA or it seems contrived.

Thanks for joining us here at Beyond Romance.

I'm still not used to the HEA dictum. I came from the world of erotica originally, so sometimes the ending was happy, sometimes not, and often ambiguous. The problem I find in writing romance is building plausible suspense. After all, your readers KNOW the ending will be happy. So how do you keep them reading?

@ Lisabet: You've hit on the biggest problem. A story in which the happy ending is obvious from page one just isn't that interesting.

For me, it's all about the characterization and conflict leading up to the ending.

I've read some romances that did a great job keeping me on my toes--would everything work out? The greater the tension, the more satisfying the ending. I think the rise of the HFN ending makes it easier to create that suspense.

Was transitioning to romance from erotica difficult? Which do you like better?

I agree with you about evolving with the characters. In real life there aren't many HEA's. I'm more of an optimist myself and see most of my characters through to a HEA but not all. It's refreshing that some publishers realize those stories are out there and welcome them.

I think that erotica gives you more freedom to explore unusual story lines and of course, surprising resolutions (or lack of them). Romance readers have strong expectations and get annoyed if you don't satisfy them. (In fact, I'm blogging about that today, 1 January.) On the other hand, I love the fact that romance readership is so huge, and the interactions I have with readers. Erotica readers tend to be more in the closet.