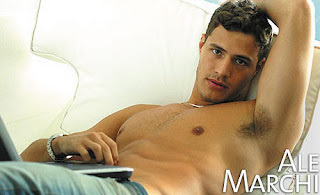 I’ll be celebrating my first anniversary next month. (Thank you, thank you.) No, not my wedding anniversary, I’ve had eleven of those. And it isn’t anything to do with writing or publishing milestones yet either; my first look back at those dates are still to come next year.

Believe it or not, what I’m fondly recalling is my first e-book purchase.

I’ve always been a bit behind the curve. The last of my friends and family to get a CD player, a cell phone, a DVD player. Still don’t have an iPod or any kind of games, and certainly no digital reader yet, although that might change soon.

It was a rather nervewracking experience going through the purchase process that first time. What if they don’t send it? How am I going to feel not being able to hold it in my hand? Why on earth don’t they just print copies? I most likely would still be in the e-book dark ages if it weren’t for the fact I had a healthy Paypal balance from my E-Bay business (another nervewracking learning curve I went through a couple years ago).

I bit the bullet and hit purchase, then went through the payment process on Paypal. Then I was sent back to the publisher, who kindly thanked me for my purchase. For the life of me, I couldn’t see where to get the darn book from. Finally figured out that with that particular site, the link is e-mailed. Had that sinking ‘I knew it!’ feeling until I figured it out though.

Once I’d downloaded it and figured out where to save it to, I whizzed through it. The book itself was mediocre. What hooked me was the instant gratification: No waiting for snail mail shipping, no trips to the store. I could look for a book, find one that appealed to me, and be into the first chapter within minutes.

I can’t tell you how much I’ve spent on e-books in the past year, especially once I decided (last spring) to try to write. Hit my Goodreads page for an idea. I did a LOT of reading to try to get a feel for what I needed to accomplish in order to write something which had a chance of being accepted for publication…by an e-pub.

Imagine, a whole industry out there that publishes primarily in e-book format. Besides the obvious environmental plusses, the fact that non-traditional genres are now instantly and privately accessible was eye-opening. And thought-provoking.

That little ‘trip’ helped me find my calling in life.

My latest release, Silver & Gold, came out this month at Dreamspinner Press.

Geoff Radcliffe is having a mid-life crisis just in time for the holidays. He goes into a tailspin after hearing from his first love, picks up a stranger who locks him out of the house in nothing but his pants, and then he gets up the courage to go get rid of his grey, and the colorist refuses to do Geoff's hair!

But Abe Golden, thrilled that the hunky silver-tipped guy has admitted he's gay, does 'do' him, taking him home for the hottest night of Geoff's life. After three heavenly days of smoking hot sex, Abe has done the unimaginable: he's fallen in love. And when he finds out that Geoff has been using him to practice for another man, Abe is at first heartbroken... and then he plots how to show Geoff the value of combining silver and gold.

Playing by different rules can lead to heartbreak, but changing the game plan can be the tiebreaker.

Luke Briscoe has a good reason to stay in the closet with his team, the Rough Riders. Bitter past experience has taught him to be cautious around athletic teams. But after Mario, his teammate and lover of ten years, leaves him, tired of the secrecy, Luke is forced to confront his fears, especially since the sexy and confident new member of the team, Derek Grimm, has no problem with being out and proud.

Derek has wanted Luke from the first moment he saw him. But he knows the timing is all wrong, and vows to let Luke have the time he needs to recover from his breakup. As time goes on, though, Derek becomes frustrated with Luke's determination to stay in the closet. Derek and Mario are out, and the team is fine with it. Why is Luke still holding back? Derek wonders if any amount of time will ever be enough. Maybe it's time to try a different game plan...

"It's not like I hide you from the world," Luke protested, arguing one of Mario's most repetitive complaints of late. "But the guys here are not going to be as accepting as the public in general." Mario rolled his dark eyes in his typical dramatic fashion. "Please. The whole point is that… Get dressed, you're going to be late." He grabbed the jock dangling from Luke's fingers and slapped it at his chest with hardly a pause in his speech. "…is that we are here all the time. All. The. Time." He punctuated this with pokes to Luke's arm. Luke didn't move and Mario sighed. "Fine. I shouldn't have started this here. But I thought it would give you a chance to rearrange the roster, or at least start thinking about it during practice. Plus you can tell the guys today that I'm off the team." "What?" Luke shot to his feet. "Why should I tell them? Why don't you tell them? It's as much your team as mine." The Rough Riders was their baby, formed nearly a decade before with a mish-mash of friends and acquaintances that had since become the most competitive three-sport team in the city. They entered tournaments city-wide and regionally in basketball and softball, and just last year had qualified for nationals in flag football. "Not any longer. And think, Luke." Mario stood as well and leaned in close. Luke closed his eyes briefly as the warm, familiar scent came to him, knotting his insides. "Do you really want me to tell them? Hmm? I have reached the end of my self-control. If they ask me why, I will not be able to lie. And you do not want me to tell the truth." He flipped his hand expressively. "That is the whole problem." "What if…" Luke stopped, swallowing hard. He fought down the rising panic. "What if I…did tell them? Would you stay?" Mario's handsome face slackened in shock and disbelief, then hardened. "Put your fucking workout clothes on. Meet me outside." Luke touched his elbow warily, and Mario knocked his hand away. "Outside, or I swear to God I will take this fucking roof off." He stormed away, muttering to himself, the stiffness in Mario's normally fluid stride bringing a touch of fear into Luke's heart.

Luke quickly dressed and hurried out the door to the practice area. He looked around with a frown. He should have asked Mario to specify where outside. The sports complex was huge. Maybe he meant by the parking lot? Luke started walking around the huge building in that direction, and stumbled when Mario grabbed his T-shirt and yanked him into a doorwell, shoving him up against the cinderblock wall and taking his mouth in a hard, demanding kiss. Luke found himself moaning into the rough contact, which drove all thoughts of their whereabouts straight out of his head. He let go of Mario's arms, which he had clutched initially to balance himself, and wrapped his arms around him, desperately returning his kiss. Coaxing the other man in to a softer mutual stroking of their mouths, he willed Mario to give up this crazy ultimatum. God, if he lost him… He groaned as he shifted, fitting himself more completely against the insistent press of Mario's lean, muscular form. Mario's hand snaked up under Luke's shirt, tweaking his nipple. The jolt brought Luke's eyes open, and they immediately snapped to movement over Mario's shoulder. His eyes widened and Luke stiffened as he saw a tall, superbly fit man running rapidly towards them, his eyes looking directly at the pair with surprise. "Shit," he muttered into Mario's mouth. "Babe.," He disengaged their mouths by turning his head, pushing at his chest. Mario kept him pinned. "Mario, let me go, man, someone's coming!" He pushed ineffectually against the well-positioned man. "I thought you wanted to tell everyone." Mario mocked, his tone derisive, but his eyes were filled with pain. He kept Luke in place as the man ran past, close enough that they could hear the swish of his running shorts as he blew by, apparently wrapping up his workout with a sprint. "He wasn't even someone we know and you froze up. And you think you can tell the Riders?" He snorted and finally released Luke, backing away, shaking his head. "I'm sorry. I just can't do this anymore." 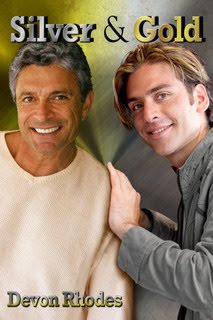 Drop by her blog, My Turn to Write, http://devonrhodes.blogspot.com

I know I am suppose to comment about something that you wrote but I am having a hard time focusing with the sexiness on the top of the post. drool.....
Amy J
djsfoxylady@gmail.com

I've found ebooks (especially the novellas) are a quick way to discover new authors to me. They give a little sampling of their books before I go out and spend a lot of money on a full-size novel!

I know what you mean about ebooks.... my frist purchase we mediocre as well... but had finished it by the end of that day! At least I didn't wait with bated breath for a week for the mediocre read to be delivered!

I love my ebooks and they're just like the print books some are good and some are bad. I love to read both actually I think I;m a book addict.

I like ebooks more than I use to. They were a hard to get use to. I think for me because I love the feel of a book. Ebooks are easier, better for the world, faster to get. I can and will live with them:)

I was a bit hesitant about ebooks at first, too.
I have over a hundred on my computer right now and more, that I have read, saved on a flash drive.

I love ebooks, too, but I will always buy paperbacks. I have so many cute covers for the paperbacks!

But I'll admit, after buying my first ebook, it was very hard to stop!

I'm still torn I love e-books cause I live in the middle of nowhere but since all i have is a desktop they aren't very portable. one day i'll get an e reader then it will be an all love relationship

Hey Devon,
I can so relate to the nerve wrecking experience of buying my first ebook. It was such a rush and I totally was terrified that I wasn't going to do it correctly and then I would end up blowing cash on something that I wouldn't tangibly have. Well...lo and behold...I got through my first purchase just fine...and then the addiction began...I think I bought a couple of hundred books within the first month...I love ebooks and I now can't imagine doing without them at all. I always look for an ebook version of a book rather than a print version nowadays.

I love ebooks too. The whole instant gratification thing is awesome. click-click-click and I have a new book. But it wasn't click-click-click the first time I bought an ebook. I did something wrong (god only knows what the heck I did), and had to email customer service. They ended up having to email me the book. LOL.

ebooks are great and so easy to have.