Necessary Madness is mostly set in the city of Worcester, Massachusetts. If you're not from New England, you may never have heard of the place, but it's the second largest city in the state, a grimy, hilly place that came into its own in the Industrial Revolution--a place with a sense of history and perhaps a bit of an air of the paranormal as well.

Why did I decide to use Worcester as a background for this tale? Initially, because it was the location of the state hospital where I had my personal introduction to the varieties of madness. The photo above shows the ominous clock tower of the Old Building. They still housed some patients there when I was an inmate, though my ward was in a sterile, modern brick edifice next to this Victorian-era hulk. 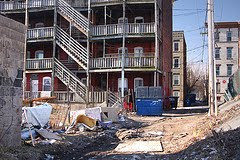 Once I got the notion, the setting seemed to fit. Worcester is a gritty working-class town, the sort of place that has its share of tenements and homeless bums huddled under the bridges. It's also a melting pot for various ethnic groups, with big Irish and Hispanic populations. My tough, hard-working police sergeant Rob Murphy would fit right in. 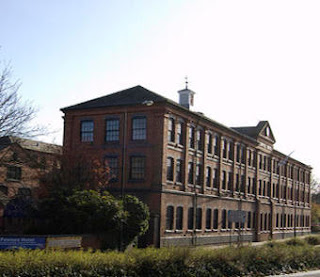 On the other hand, Worcester has its upscale neighborhoods, full of venerable mansions. At its heart nestles elegant Elm Park, designed by the legendary Frederick Law Olmsted. The crystal waters of Lake Quinsigamond separate the city from neighboring Shrewsbury. Historic Union Station ties the city back to its days as a major transportation hub for central New England. 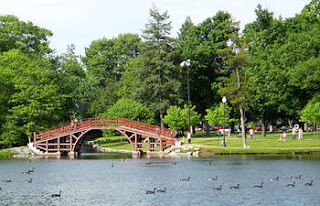 Of course you might wonder why I felt the need to set the story in any particular place at all. For me, setting is a critical aspect of story-telling. It's rare that I write even a short piece where I don't have some sense of where the action is unfolding. The atmosphere and the history of a place influence my characters. A love affair in New York City is very different from one in Nebraska, and different again from one in the Netherlands. Each of the six novels that I've penned so far takes place in a different locale: Thailand (Raw Silk); Beacon Hill, Boston (Incognito); London and Los Angeles (Ruby's Rules); Pittsburgh (Exposure); Guatemala (Serpent's Kiss); and now, Worcester. 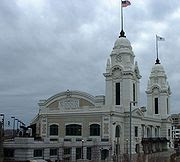 I do seem to have an attraction to urban environments. Some of Necessary Madness, though, is set in the country, in an equally distinctive place. I'll tell you more about that on Wednesday.

That is an ominous looking building. It looks like what a mental hospital should look like! Are there gargoyles sitting anywhere??

Looking at the first photo I can almost hear the scary music that plays in a horror movie right before something bad happens it could just be the lighting.

There are some grim looking buildings in Worcester!

I agree, the clock tower is quite ominous looking; especially with the odd colored sky behind it.

Thanks for the pictures. I especially like the one of the park.