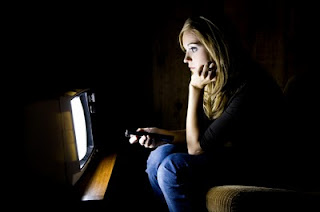 I've always been very open to suggestion and even had to stop watching Marcus Welby M.D. in my youth because I manifested the same symptoms the morning after I viewed an episode. Now don't class me as a hypochondriac... there's a vast difference between inventing illness and mimicking one.

I thought I had a pretty good handle on that problem, but now I have to worry about the side affects of the medicines I take. You know all those things they babble at sound faster than the speed of light at the end of the recommending ad. Would you rather have RLS (Restless Leg Syndrome) or a severe gambling problem? I'm not sure. Depends on my luck, I guess. Ohhh, let’s not mention “Depends.” I’m not there yet, thankfully.

Although I don't suffer from genital warts, I'm thrilled that those with the condition are trying to protect their partner by taking a little pill a day, but how happy will they be when their mates suffer a stroke? How about that commercial that shows someone slumbering restfully after ingesting just one little tablet? How peaceful can you sleep when complex behaviors such as “sleep-driving” have been reported by people taking the drug. I kid you not! And what about this epidemic of penile flacidity? Is that even a word? Has this always been a problem and if so, why are we forced to hear about it now? I’m still trying to figure out the connection between an enhancing drug and two people in separate bathtubs.

I take medication for atrial fibrillation that comes with a warning list a mile long. I can't take over-the-counter cold medicines because I might have a stroke, and if I combine it with a certain anti-depressant, I might become suicidal. Next thing I know, I won't be able to have sex on a night with a full moon in any month beginning with J. Now I’m taking blood thinners too, so I can’t eat leafy greens. It has something to do with the vitamin in them that interferes with the thinning process. Not eating leafy greens is also causing a problem with another thinning process…my butt!

What happened to the days when we didn't have to hear about feminine itching, hemorrhoids and especially sexual dysfunction. Do we really want to see a couple who has that problem, see the twinkle in their eye and know their business? I don't. I'm an author and I believe in a good romance, but I like something left to the imagination. Don't you?

I don’t even like buying Preparation H or laxatives, so I certainly don’t want to watch a commercial that fully explains why they’re needed. I like the old days when some things were still sacred.

For more humor and wisdom from Miz Ginger, visit her blog Dishin' It Out and her website http://www.gingersimpson.com.

Also, Ginger explicitly asked me to wish everyone of you Happy Holidays!

Email ThisBlogThis!Share to TwitterShare to FacebookShare to Pinterest
Labels: Dishin' It Out, Ginger Simpson

Hi Ginger,
Great article as always. How do you come up with such interestins stuff?
Strange that you should mention the contradictions in medicine. The other week my doctor gave me the results of my blood tests, everything fine except I was very low on Vitamin D. "You don't go out in the sun enough"she says. "Well you told me not to got out in the sun because of the skin cancer I had removed." She didn't have an answer for that, but you can't win can you?

I really enjoyed this article a lot of what you said honestly reminds me of myself. I really love to watch Dr. G. Medical Examiner but sometimes when I hear what caused a persons death especially if it has something to do with their legs I start to worry about myself because I have a lot of leg trouble. A friend at work told me I had to quit watching it. I never read the side effects of my medicine because if I do it happens to me specially if it says may cause nausea.

Margaret...I wonder if they recently started testing for Vitamin D. Both my husband and I had low levels and took mega doses for eight weeks, as did a friend and a neighbor. It's very strange. I understand me, because I'm a house hermit, but my husband is outside all the time. Strange.

Thanks to you and Sherry for reading and commenting. :)

Very intriguing post!! I wonder about some of the parts you were talking about myself. I know I miss the good ole days!! Your children can't even watch commercials any more!!

seems like there is more side affects to pill then the thing thay can help.and commercials are going to far latly.
Happy Holidays

It seems that one medicine leads to taking another.

The commercials these days are ridiculous.

Thanks for an interesting article. I watched March Welby, M.D. in the good old days. Everyone is taking something nowadays, it seems, be it just vitamin supplements or medication!

I loved the post...it's quite true...nothing is left alone anymore...I hate to think how much worse it can get. LOL