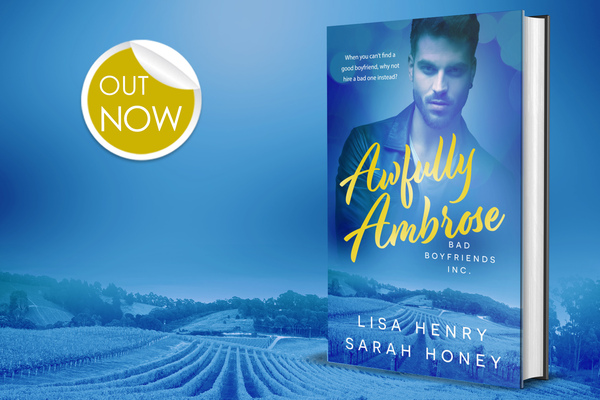 Bad Boyfriend, Inc—When you can’t find a good boyfriend, why not hire a bad one instead?

Liam Connelly is a university student in Sydney. He leads an orderly and predictable life of studying, working as a waiter in an upscale harbour restaurant and spending lots of time with his cat, trying to convince himself that after his last cheating boyfriend, he’s perfectly happy alone. Well, mostly happy.

Ambrose Newman is a Bad Boyfriend. Professionally. Someone’s parents don’t approve of that long-haired unemployed bass player they want to date? Well, that’s where Ambrose comes in. For a few hundred dollars a night, he’ll go to dinner with them and their parents and show them that the grass is definitely not greener on his side of the fence. It’s dead. When Ambrose brings a date to Liam’s restaurant, it’s not sparks that fly—it’s glassware.

When Liam needs a date to prove to his visiting parents that he’s not destined to die sad and alone, he calls Ambrose, desperate. If Ambrose can be a bad boyfriend for money, he can be a tolerable one too, right? Which works out great—right up until Ambrose is too nice, and Liam’s parents invite them up to their winery for the long weekend.

Suddenly Ambrose has to be a Bad Boyfriend again, to give Liam an excuse to ‘break up’ with him before his mum starts planning the wedding. But as Liam gets to know the real Ambrose, real feelings start to sneak into the fake relationship on both sides. Under the watchful eyes of Liam’s protective family, who have no idea what to make of Ambrose, their fake relationship evolves into a chance at something real.

When Ambrose has an ugly run-in with Liam’s sister’s fiancé—who’s an even worse boyfriend than him—it might cost him not only any chance he had of convincing Liam’s family that he’s not the nightmare they think he is, but his fledgling relationship with Liam, too.

Reader advisory: This book contains mention of physical abuse and a racist comment.

The voice was loud and obnoxious, at odds with the restaurant’s muted soundtrack of clinking cutlery, soft jazz and murmured conversation.

“Really appreciate you paying for dinner, Tom. I’m between opportunities right now but I’ll be damned if I’m gonna take just any job and be a corporate drone. Better to take a free meal when I can get one, right?”

It was followed by a braying laugh that made Liam wince and want to drag his nails down a blackboard, because that would have been preferable to listening to this honking, snorting nightmare.

Liam prayed he wouldn’t have to wait on whoever the loud idiot was, but judging by the smirk on his co-worker Judy’s face, he had a sudden sinking certainty that the table was his. Sure enough, when he glanced over to check, there was Braying Man in the middle of his section—elbows on the table, wearing a backwards baseball cap and a flannel shirt, picking at his teeth.

The idiot caught Liam’s eye and snapped his fingers. “Hey, man, can we get a bread basket or something? And booze. Lots of booze. Her old man’s paying, so make it the good stuff.” He winked, then gave Liam honest-to-God finger guns.

The guy was an utter dickhead, Liam decided. Still, part of the job was keeping his opinions to himself, so Liam made his way over to the table, face carefully impassive. His mask slipped for a split second when he recognized the girl who was gazing at Dickhead with something like worship. It was Kelly, who he shared a Marketing Communications class with at the University of Sydney, and the last time Liam had talked to her, she’d been dating someone completely different—a nice, if slightly scruffy, guitarist in a pub band. He wondered what had happened to him.

The other couple at the table had to be Kelly’s parents. They were looking at the guy with a slightly confused expression on their faces, like he was one of those hairless cats, and they couldn’t decide if they were fascinated or horrified by his existence.

Liam had to admit, Dickhead was objectively attractive when he was keeping his mouth shut. He could have been a model, with his well-muscled physique, dark hair and carefully sculpted stubble. He had a strong, straight nose, killer jawline, and even white teeth. He was just Liam’s type—or would have been, if Liam dated.

Liam cleared his throat and did his best to pretend he didn’t know anyone at the table as he said, “Welcome to Bayside. Would you like to order some drinks?”

Dickhead rolled his eyes. “Wow. I guess you weren’t listening, huh? I mean, I literally just asked you to bring us good booze.”

Liam kept his face pleasantly neutral—he’d had plenty of practice, working as a waiter in a high-end Sydney restaurant—and clarified, “What, specifically, would you like to drink, sir?” He made sure to address Kelly’s father, since he was obviously the one footing the bill.

The man smiled gratefully and started to say, “I’d like a gin and tonic, and my wife will have—”

Arsehole interrupted. “Just give me a bottle of that Don Paragraph stuff”—as someone from a family of winemakers, Liam died a tiny death at the mangled pronunciation—“and the quicker the better, yeah?”

“I’ll check if we have any Dom Perignon in stock, sir. How many glasses with that?” Liam asked through clenched teeth. God, he hoped they weren’t celebrating Kelly’s engagement to this douchebag.

Dude wrinkled his nose. “Just one. It’s for me.” He turned to Kelly and winked. “Gotta watch for extra calories in drinks if you wanna stay in shape, am I right, sweet pea?”

Liam waited for Kelly to rip the guy’s balls off—he hoped literally, but he’d settle for metaphorically—because he knew she had a hell of a temper when she was wronged. He’d been on the receiving end of it during one disastrous group assignment. But Kelly just smiled like a Stepford Wife and murmured, “Yes, Ambrose.”

Liam was pretty sure the shock on her father’s face was mirrored on his own, but he schooled his features and nodded. Ambrose tilted a menu at Kelly’s father. “This seafood platter’s meant to be for two, but you’re cool with me ordering it, right, Tom?”

“That’s cool, I wasn’t planning on sharing anyway,” the dickhead—Ambrose—said with an easy grin that lit up his entire face and really, it wasn’t fair that someone who was such a colossal arsehole could be so attractive. But of course, that was how the world worked, right? Beautiful people got away with murder.

Liam turned back to the older man. “And the rest of your drinks order, sir?” he asked, taking petty satisfaction at the way Ambrose snorted and muttered under his breath.

“A gin and tonic for myself, and a glass of Connelly Cellars’ Perfect Pinot,” Tom said, and Liam suppressed the urge to preen, just like he did every time someone ordered one of his family’s wines.

Liam blinked. Wow, what happened to the girl who always claimed she’d never drink water because fish fucked in it?

Something weird was going on, and whatever it was, Liam didn’t like it. He especially didn’t like that it was happening here at Bayside. People didn’t come into Bayside wearing backwards caps and being dicks. Bayside had standards—standards that Liam was beginning to worry he might have to attempt to enforce. It had water views! You could see the Sydney Harbour Bridge from the wide dining room windows! It was both fancy and trendy, and it always made the list of the top ten places to eat in Sydney. Diners weren’t supposed to wear flannel to Bayside, and Liam panicked quietly that he didn’t know if the dress code was actually enforceable or not. Liam had only been working here for eight months, but it had never come up before. People usually treated Bayside like it was a special occasion, not three a.m. at the counter of Macca’s.

“Good choice, babe. You know you’re a sloppy drunk,” Ambrose said, leaning in and patting Kelly’s face. Then he hauled himself out of his chair, scratched his belly and farted. “I gotta go take a dump. I always shit when I’m out. Make someone else deal with that, am I right?” And with that Ambrose sauntered towards the bathrooms, leaving Kelly’s parents staring after him open-mouthed.

Lisa likes to tell stories, mostly with hot guys and happily ever afters.

Lisa lives in tropical North Queensland, Australia. She doesn’t know why, because she hates the heat, but she suspects she’s too lazy to move. She spends half her time slaving away as a government minion, and the other half plotting her escape.

She attended university at sixteen, not because she was a child prodigy or anything, but because of a mix-up between international school systems early in life. She studied History and English, neither of them very thoroughly.

Lisa has been published since 2012, and was a LAMBDA finalist for her quirky, awkward coming-of-age romance Adulting 101, and a Rainbow Awards finalist for 2019’s Anhaga. 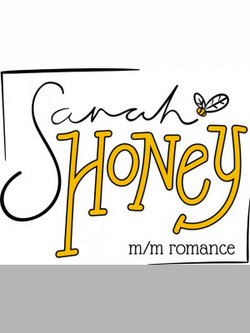 Sarah started life in New Zealand. She came to Australia for a working holiday, loved it, and never left. She lives in Western Australia with her partner, two cats, two dogs and a life-size replica TARDIS.

She spends half her time at a day job and the rest of her time reading and writing about clueless men falling in love.

Her proudest achievements include having adult kids who will still be seen with her in public, the ability to make a decent sourdough loaf, and knowing all the words to Bohemian Rhapsody.

Awfully Ambrose will be her fifth published novel in collaboration with Lisa Henry.

Giveaway! Enter for the chance to win a $50.00 First for Romance Gift Card! Competition hosted by Totally Entwined Group.

Welcome to Beyond Romance. I started reading Awfully Ambrose last night, and I have to say, it's a hoot! I adore the cat. And I really appreciate your Aussie glossary, too.

I hope the book does really well.