The feelings are still there... #SecondChance #GayRomance #PTSD @jpbowie 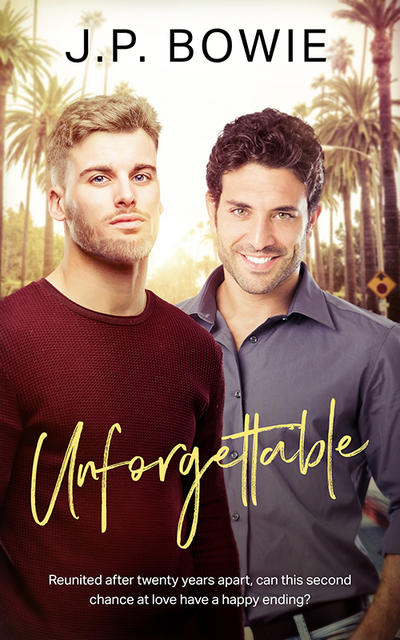 Reunited twenty years after their teenage split, Blake and Alex are determined that this second chance will have a happy ending…

When Blake Carson enters a photographic exhibition in Los Angeles, he’s astounded that the gifted photographer is Alexander Martin, with whom he’d been in love when they were both teenagers. Alex disappeared from Blake’s life without explanation, and his ultra-religious parents ran Blake off.

Reunited, the two men realize that the feelings they’d had for each other twenty years ago are still there, and the pair is determined to make up for the years stolen from them. They plan a future together, and even talk of adopting an abused child Blake had represented in court.

But the darkness of Alex’s past isn’t so easily shaken off. A phone call from his homophobic father brings back bitter memories of his parents’ cold-hearted abandonment of him to a conversion therapy center and threatens to revive the resultant PTSD he’s fought so long to overcome.

Can the love he and Blake share free Alex from the shadow of the trauma inflicted on him all those years ago?

Reader advisory: This book contains mention of mental and physical abuse and conversion therapy, references to abusive parenting, and an on-page attempt to sexually coerce.

Blake had never been one for art shows and, unlike a lot of gay guys, not that much into musicals either. So why he was peering into the window of an art gallery in downtown LA showcasing the work of one Alexander Martin was a bit of a mystery. For a long moment he stood gazing at the display of a black-and-white photograph featuring a rocky seashore, boiling surf surging under a cliff wall.

Nice, he thought at first glance. A bit Ansel Adams. The major difference being when he stared at the photograph more closely, the subtle outline of a naked man reached out as if to touch the waves.

His murmured comment must have caught the attention of a woman standing a few feet away from him. She smiled then gave him a flirty look. “Takes one to know one, I guess,” she said.

“You know what I mean.” She opened the door to the gallery and held it for Blake, probably amused at his flaming cheeks while she gazed without any sign of embarrassment at him, again with the flirting. “Don’t tell me you don’t know how good-looking you are, sweetie.”

Blake stared at her, slightly amazed at how bold she was, and now that they were almost toe to toe, he could tell she might just be old enough to be his mother.

She patted his shoulder. “Alexander Martin’s exhibition is to the right, down the hall there,” she said. “It’s a private showing today, but go ahead. I’m sure he won’t mind. Enjoy.”

“Thanks,” Blake mumbled then added, “You seem to know your way around the place.”

She smiled. “I should. I come here every time they have a new exhibition.” She held out her hand. “Doreen Leslie.”

“Blake Carson.” He shook her hand. He was so bad at this kind of thing. Give him a courtroom floor and he was at home, but talking to strangers not so much. Socially inept, his last boyfriend had called him. “N-nice meeting you.”

With that, she turned on her very high heels and walked quickly away. Still a little surprised by her overt friendliness, Blake watched until she disappeared through a frosted glass doorway with some gold lettering on it. He had to admit it was nice to stand in the gallery’s cooler air. It was September, and the usual California warmth had turned a trifle sticky mid-month.

Alexander Martin… He used to know a boy called Alexander Martin, except he’d known him as Alex. They’d been best buds—more than that really—but that had been many years ago and there was no way this could be any more than mere coincidence. Right? The Alex he’d known had never shown any interest in photography―at least not that he could remember― and this work lining the gallery walls was, even to Blake’s plebian eye, pretty spectacular.

He glanced down at the brochure in his hand. There was a picture of the artist, and although there was a resemblance to his boyhood friend, he might be wary of going, ‘Wow, reunited after all these years’. If in fact Alexander Martin was anywhere around in the gallery, and they just happened to bump into each other.

Of course, the man in the photo was an adult, a handsome adult without a doubt, but the boy in Blake’s memory had been a tow-headed skinny kid with a beaming smile. And now? Blake took a second, closer look at the picture, and there was that smile that stirred something inside him, something warm, a distant memory of a summer’s day when he and Alex had gone skinny-dipping together in Baker’s Pond.

But that had been in DC, or rather, in Bakerton, a small town outside the city with lots of trees and farms and a swimming hole. Just like they’d done so many times each summer, they’d laughed, cavorted and playfully wrestled in and out of the water—but the day that Alex had kissed Blake, everything had changed. 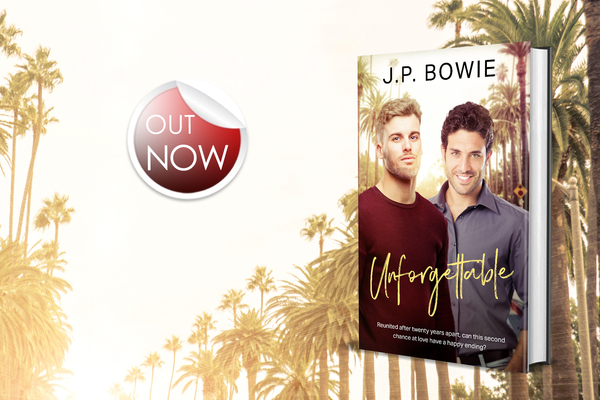 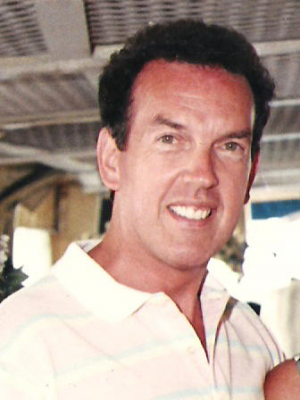 He emigrated to the States and worked in Las Vegas, Nevada for the magicians Siegfried and Roy as their Head of Wardrobe at the Mirage Hotel. He is currently living with his husband in sunny San Diego, California.

Hi, J.P.! I'm so pleased to have you back at my blog. I hope the new book does really well!