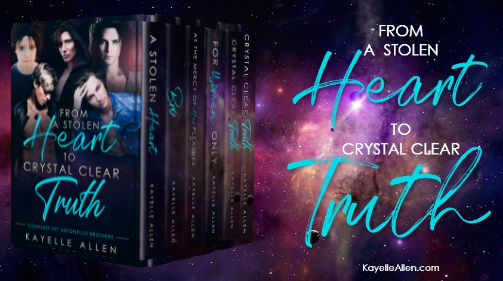 Snuggle up with the Antonello Brothers. This boxed set contains all five exciting stories in the science fiction romance series, plus links to three bonus books.

♥ A Stolen Heart - This child can steal anything. Including a warrior-pirate's heart...

♥ At the Mercy of Her Pleasure - She's addictive. He can't touch her. But what if he kissed her just once...

♥ For Women Only - His secret truth is her people's darkest lie...

♥ Crystal Clear Truth - How can you trust when your own truth is a lie...

Three brothers. One missing mother. Not raised together, none of the brothers knows about the other. That is, until fate brings the youngest into the life of a former warrior-pirate. From the moment Luc decides to intervene and save a frightened child, nothing in his life will ever be the same.

If you like science fiction romance on the sweeter side, have an ache for wounded heroes, and admire heroines who don't wait around to be rescued... The Antonello Brothers series is for you. 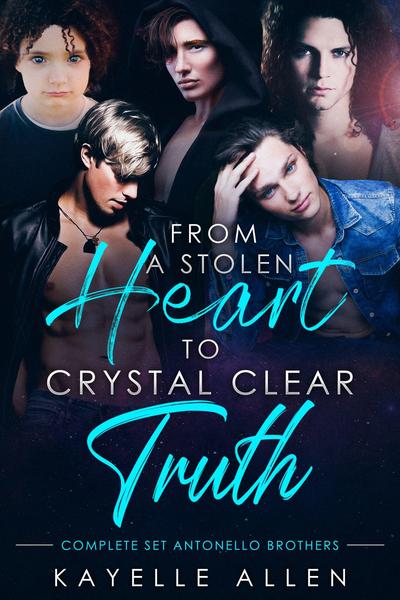 Excerpt – from For Women Only

In this scene from For Women Only, Khyff has received a notereader (a tablet-type device) filled with information about his mother, who died when he was three. More info is available to him, but at what price?

Khyff flung himself back in his chair. Every time he and his brother talked, they ended up arguing. Khyff rubbed his eyes. The pleasant meal they'd started lay almost untouched and any appetite he'd had was gone.

It had taken seconds to read the all too short bio of their mother that his brother was perusing.

Two years later she began living with an armada-enlisted man who transferred to Felidae, taking Sileenya and Khyff with him, but then he abandoned them. Her next boyfriend addicted her to drugs and prostituted her to newly recruited male Kin soldiers eager to spend their first pay to experience sex with a human female. When she became pregnant, he transferred off-planet, leaving them to fend for themselves.

An Elder of the Ruh clan found Sileenya huddled in an alley during a thunderstorm, holding the nearly lifeless Khyff in her arms. A scant month later, the Tzesar of the Kin ordered the halfbreed newborn destroyed, but the elder intervened and sold Senth to slavers to save his life.

Sileenya and Khyff had been cast into the streets.

Days later, she was dead by her own hand and Khyff was a slave. Senth ended up at an orphanage where he was later adopted by Luc Saint-Cyr.

Senth poked at the notereader's buttons. "This thing is encrypted. What if the Empress knows who my father is? Don't I have a right to know that? You have to talk to her. Find out what she wants. Maybe she'll give you the key."

"Destoiya's not going to give me information without demanding a favor. I have nothing left to give that woman. She's already taken way too much."

"Khyff, that's unfair. I need this. You can't ice up and go all mental."

"What is that supposed to mean?"

His brother growled, a predatory cat sound that made the hair on Khyff's neck stand up. He scrambled out of his chair and stepped back from the table.

"That"--Senth pointed a finger at him--"is what I mean. I do anything Kin-like and you freak. Get hold of yourself, Khyff. You're falling apart. The brother I knew two years ago would've done whatever it took to find out who his father was. He would've helped me find mine." 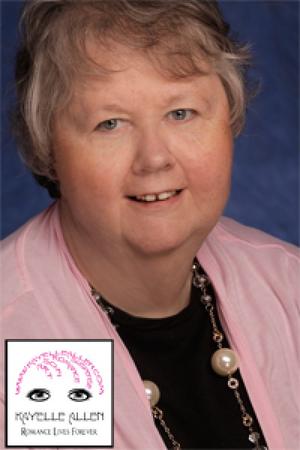 Kayelle Allen writes stories with immortal gamers and warriors who purr. She is the author of multiple books, novellas, and short stories, a US Navy veteran, and has been married so long she's tenured. Become a Tarthian Empire citizen (or an immortal) and help rule the Empire at https://KayelleAllen.com/immortality

Congratulations on the new release, Kayelle!