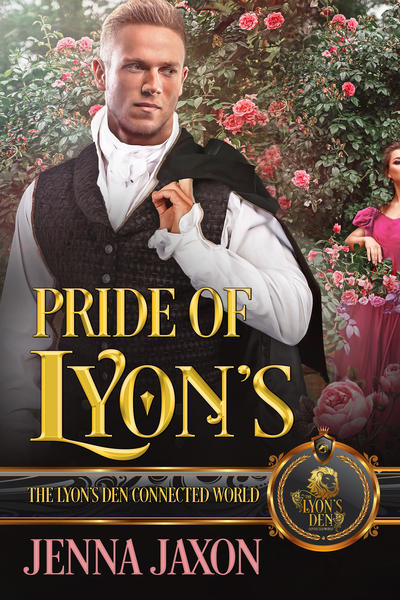 Enter the world of the most notorious gambling den in London, where matches are made... unusually. Welcome to the world of THE LYON'S DEN: The Black Widow of Whitehall Connected World, where the underground of Regency London thrives... and loves.

What’s a young lady to do when a powerful lord tries to abscond with her and make her his mistress?

When you’re Miss Honoria Quinn, you leap from his carriage and run like the wind to find some place to hide. Trouble is, Honoria mistakenly chooses The Lyon’s Den, a disreputable gambling house as her sanctuary, a move that ends up with her having to make another choice at the hands of the Den’s match-making proprietor Mrs. Dove-Lyons: wed a complete stranger or become the lord’s mistress.

Thomas, Lord Braeton agrees to attend a wager at The Lyon’s Den only to keep his brother-in-law out of trouble. What he doesn’t count on is becoming embroiled in one of Mrs. Dove-Lyons’s schemes to marry him off. But when he tries to come to the aid of another peer, Thomas finds the only honorable thing he can do to save Miss Quinn’s reputation is put aside his hopes for a love match for himself and instead offer to marry her.

As Thomas and Honoria set out on a wary journey to matrimony, can they learn to live together and hope love will grow between them? Or are they doomed to a loveless marriage of convenience from which one or both will want to escape?

His light amber eyes had turned dark again. Was it a trick of the light in this corridor that did that? It made him look so…hungry.

A shiver raced down her back.

“As today is our wedding day, Honoria…”

Every muscle in her body tensed. Would he go back on his word not to press her so soon? Her heart raced and her body heated. Did she want him to press her?

“Yes?” The single word was barely a breath.

“I wondered if you would allow me…”

She held her breath. Allow him…what?

Gasping, Honoria didn’t know whether to laugh or scowl at him. Thomas could be a rascal it seemed. “I believe that would be in order.” They had not even kissed after the ceremony. Papa had always frowned upon such public displays. “It is, as you say, our wedding day.”

“Yes, it is.” Suddenly he loomed so close to her all the air seemed to have been sucked out of the corridor. Gently, he raised her chin and lowered his head until her mouth was mere inches from his.

Unable to stare into those darkening eyes any longer, Honoria closed hers and waited breathlessly.

Suddenly his lips pressed against her, soft and warm. Everything about the man made her feel warm. He held her head in both hands and turned it ever so slightly, until their mouths seemed to merge into one. With that small change came an overawing feeling of rightness, as though this was the way a kiss was meant to be.

She shifted just a little toward him, drawn ever closer to his masculine presence.

In response, he pressed his lips against her harder, more insistent.

A thrill of longing shot through her. As though she wanted more of that. 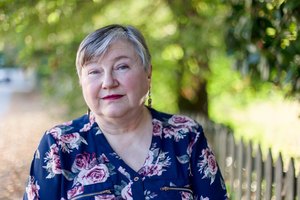 Jenna Jaxon is a best-selling author of historical romance, writing in a variety of time periods because she believes that passion is timeless. She has been reading and writing historical romance since she was a teenager. A romantic herself, Jenna has always loved a dark side to the genre, a twist, suspense, a surprise. She tries to incorporate all of these elements into her own stories.

She lives in Virginia with her family and a small menagerie of pets--including two vocal cats, one almost silent cat, two curious bunnies, and a Shar-pei mix named Frenchie.

Jenna Jaxon will be awarding a $20 Amazon or B/N GC to a randomly drawn winner via rafflecopter during the tour.

Welcome to Beyond Romance, Jenna! This sounds like a classic.

Thank you so much, Lisabet, for hosting me today! And an even bigger thanks for that lovely compliment! I have a question for your readers: If you could be transported back to any period of history, which one would it be?

Ooh I want to read more

Thank you so much for the kind comments. I'm glad you enjoyed the excerpt!