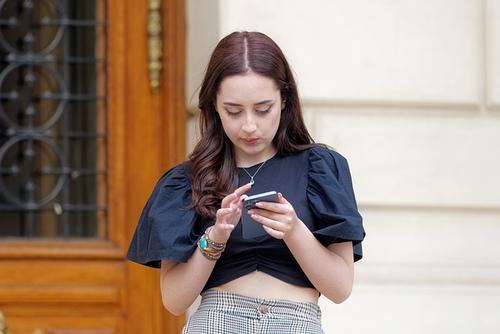 Image by Mircea - See my collections from Pixabay

Long before sex, there was reading - one of my first joys.

My parents began teaching me the rudiments when I was four and a half. I still recall the blaze of pride when at five and a half I made it all the way through “Dick and Jane” on my own. I had a library card at six, and after that, there was no stopping me. My parents tried, with limited success, to instill a sense of balance. An obedient little girl, I'd go outside to play when they insisted, but I'd be back as soon as I could manage, sprawled on my bed and lost in ancient Egypt or revolutionary France or some colony on Mars.

Through the trials of my life, books have offered constant companionship and intimate comfort. As I age, I console myself with the notion that even if my body fails me, I'll always be able to read.

Lately, though, I see alarming indications that reading may be going the way of the dodo and the dinosaur. So-called “new media” – predominantly visual – appear to be replacing written text as the preferred way to communicate information. Instead of user manuals or product specifications, companies offer video tutorials and testimonials. College textbooks have a lower text to graphics ratio than ever before. Mobile phone and tablet “apps” use icons for control, eliminating the need for reading or typing. Point-of-Sale systems use pictures or bar codes, not product names, to identify merchandise.

Even the New York Times appears to be following the trend. I receive a daily email with the day's top headlines and links to the corresponding articles. Over the past few years, I've notice more and more of the links lead to videos or slide shows as opposed to text articles. And if you do follow a link to an actual story, you're assaulted with video ads left and right.

In the so-called real world, I work as a professor. I used to assign reading to my undergraduate students from text books or original sources. I’ve completely abandoned that. I have learned from experience that my students either will not do the reading, or will not understand it. They do not even read my assignments. Instead, they ask me questions whose answers are clearly explained in the (very carefully crafted) instructions.

When I send students an informative article about some technical topic, they want to know if I have a link to a YouTube tutorial.

Yes, I know. I sound like a perfect curmudgeon. All my examples are anecdotal. However, research confirms my observations. According to the American Psychological Association, in 2016 twelfth-graders report spending an average of six hours per day on online activities, reading two fewer books each year in 2016 compared with 1976. Approximately one-third did not read even one book (including e-books) for pleasure in the year prior to the 2016 survey, nearly triple the number reported in the 1970s.

An American Academy of Arts and Sciences survey found that the average time American adults spent reading for personal interest declined at every education level from 2003 to 2018. The largest absolute decline occurred among those with advanced degrees, with the average falling from 39 minutes per day in 2003 to 28 minutes in 2018. The largest proportional decline occurred among Americans with less than a high school education, where the average time spent reading fell by more than half, from 18 minutes per day to eight.

Eight minutes per day reading for personal interest? Can you detect my tone of disbelief?

Meanwhile, have you noticed the recent trend to subtitle online articles and blog posts with estimates of the time they’ll take to read? “Twelve minute read.” “Seven minute read”. “Three minute read.” Does anyone other than me find this disturbing?

First of all, I object to the notion that reading is somehow interfering with other, more important activities. Heaven forbid that you spend too much time reading! This will only take you a couple of minutes, is the implication. Then you can get back to your Facebook feed or your streaming TV series or your Candy Crush.

Second, these annotations suggest that one pass through an article will be enough to assimilate its content. There’s no recognition of the fact that sometimes, you need (or want) to re-read, to re-think and re-evaluate.

Finally, seven minutes for whom? Each of us reads at a different pace. Some of us need more time to understand, others less. Who is responsible for coming up with these measurements, anyway?

I have to admit, I don’t spend as much time as I used to reading for pleasure. Still, I’m always in the middle of at least three books, and I typically devote at least half an hour before I go to sleep to one of them.

Written language is an incredibly efficient method for conveying information. Although there’s a theory that one picture may be worth a thousand words, I don’t believe visual or aural media alone can match the depth and complexity offered by written communication. This is at least partly due to the fact that unlike video or audio, reading does not have to be sequential. You can always go back and reread if you miss something, want to confirm something, or simply want to enjoy an especially well-crafted paragraph a second time.

I worry that society will suffer due to the decline in reading. There’s not much I can do about this social and intellectual trend, however – except to encourage the kids in my life to love books as much as I do.

That's what I do. I encourage the kids to read and to write.

As an English teacher who has spent the past 20 years subbing in high schools, I always encourage the students who carry books into class. I ask them, "Assigned or for fun?" I've gotten some great recommendations from them--and given some also. I tell them that reading is experiencing someone else's thoughts in your head. I find that as exciting as the first book I ever read. And I have a fridge magnet that I shared with my daughter, an 8th-grade Language Arts teacher, and one son, who has 2 little boys: "A child who reads will be an adult who thinks." And what's more crucial than learning to think?