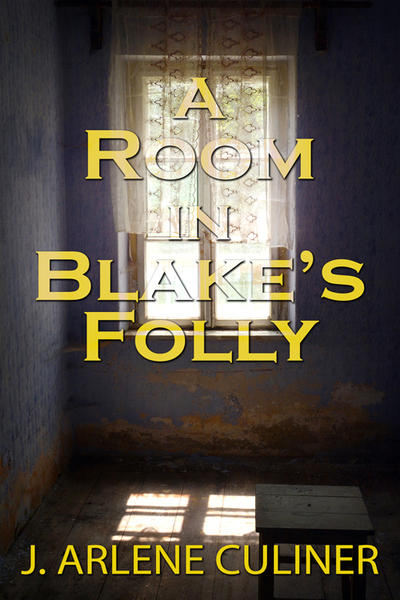 In 1889, in the bustling silver boom town of Blake’s Folly, Nevada, a restless, dapper newspaperman falls for the courageous, self-sufficient woman who plays piano for the dance girls at the rowdy Mizpah Saloon.

In 1926, with the silver mostly tapped out, the elegant madam of the town’s biggest brothel charms a wealthy gentleman, despite her checkered past.

In 1948, though Blake’s Folly has become a run-down backwater, it offers a refuge for a beautiful Russian widow fleeing post-war exploitation and abuse.

In 1972, in 2021, in 2022, as Blake’s Folly drifts toward becoming a ghost town lost in the harsh Nevada desert, it still harbors a collection of misfits, contrarians and old timers. A twisted thread of love weaves backward through the decades, binding today’s inhabitants to the past generations whose memories haunt the old saloon where silver once reigned.

J. Arlene Culiner’s original historical novel A Room in Blake’s Folly is a delight. Through research or intuition (probably a combination of both), she manages to bring each era in Blake’s Folly to life, both via language and through period detail.

The book is not exactly a romance, but rather a chain of romances. In each episode, there’s the possibility for love. Not everyone, however, finds a happy ending.

Her characters are distinctive individuals, many of whom are somewhat at odds with society – outcasts, outsiders, and survivors. They are often, but not always sympathetic. Complex family connections bind the protagonists in each period to the past occupants of Blake’s Folly; however, the author avoids the narrative trap of making every descendant worthy of admiration.

Indeed, as the episodes move closer to the present, there’s some suggestion that modern technology and social mores have eroded people’s strength and independence, so critical for survival in the early days of the town. The handful of souls who stubbornly cling to their lives in Blake’s Folly buck this trend. They’re determined to make their own decisions and fight for the dusty, run-down settlement they call home.

A Room in Blake’s Folly is a skillfully crafted tale about love and chance, history and family. I recommend it highly.