Welcome to Beyond Romance, Norm. I’m delighted you could stop here as part of your tour.

Tell us about the roots of this series. Where did you get the idea? Do any of the characters or situations reflect your personal experience?

The root was the entire book one, Fruit of the Poisonous Tree. I had free time this past summer. I had a second manuscript written and unedited, Arid Sea, and a portion of the third book, Deception Pass, sitting on my computer. At the time, Deception Pass was titled Three Murders in Three Hours. It occurred to me I should have Arid Sea edited and finish writing the third book. This would make productive use of the four and a half months off I was facing. The series application was natural because I used the same characters, Faydra "Spider" Green and her sister JP in each story. After I completed Deception Pass and it was in the shop for editing, I still had more time, so I wrote the fourth book, The Girl Who Knew Death.

Characters and situations stem from embellishments of people I know, and because I have traveled all over the world, I had qualified research on the scenes I had or would create in the stories. Every scene in every book is a recollection of the actual place. 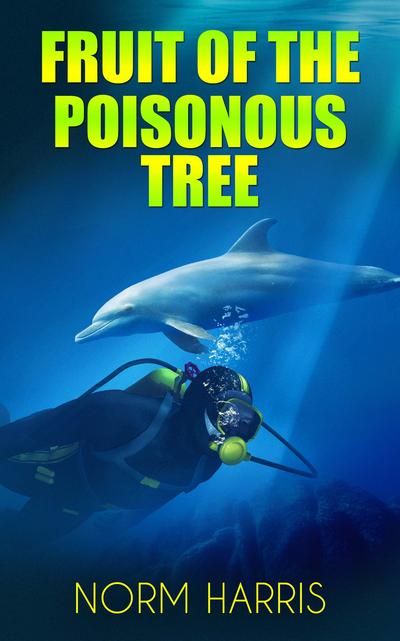 Fruit of a Poisonous Tree, Book 1

Faydra “Spider” Green is a dedicated Navy JAG lawyer who has lived her life in the shadows of a great and powerful man: her father, former President of the United States William Green. Green cannot heal the wound in his relationship with his daughter. His former power and influence curse Faydra and cause her to wonder if her accomplishments were her own doing.

A lawyer by trade, Faydra is both anxious and excited as she undertakes her first homicide investigation: —the brutal murder of a Navy SEAL. She reasons that a successful investigation will provide her the opportunity to validate her sense of self-worth. Thanks to her remarkable deductive abilities, Faydra soon realizes that the accused man, a Special Ops Marine war hero, may be innocent and that the Navy is using her as a pawn in a complex cover-up.

Meanwhile, a seasoned Navy Sea Captain, Egan Fletcher, whose wife had died eight years earlier, struggles to balance his Navy career with raising a son. When the Navy purposefully pairs him with Faydra in a meeting, the two Navy officers embark on an adrenaline-pumping adventure. It is a top-secret mission- impossible that will take them halfway around the world in an attempt to avert a catastrophic act of terrorism in the form of, a biological war.

Set against the dramatic backdrop of Washington State’s Puget Sound and the mystique of East Asia, Faydra’s story revolves around a woman who appears to be as pure as the driven snow—yet, she is driven by an insatiable need to complete any assignment, no matter how dangerous. Along the way, she transforms into a symbol of hope, perseverance, and a woman’s ability to overcome life-threatening events. 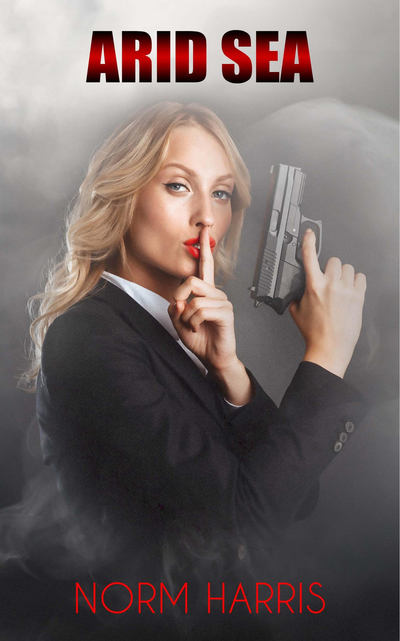 Faydra “Spider” Green is a spirited Navy lawyer who wants nothing more than to do the right thing and see justice done. After reconciling with her father, former President William Green, Fay is asked to investigate the mysterious disappearance of Alvin Joe, a retired admiral. He has vanished – seemingly into thin air – from his Florida home, along with secret files for a top-secret military weapon. Alongside her bubbly, quick-witted sister and a handsome, affable Sheriff, Fay sets out to track down Joe. But she soon finds herself embroiled in a deeper and far more sinister plot involving an unscrupulous corporation, the mafia, and a truly evil man who has his sights set on destroying her. 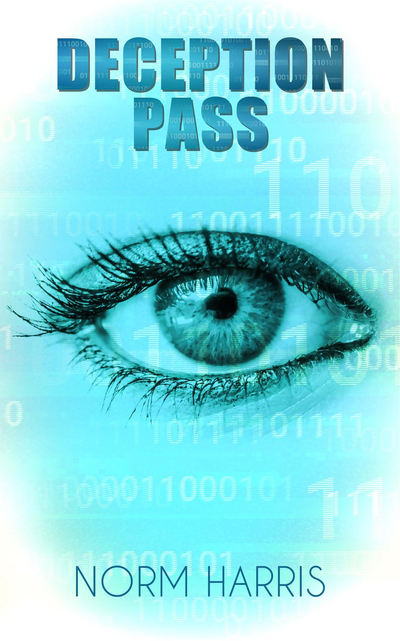 Faydra “Spider” Green has had a storied career as a Navy lawyer, all while juggling being the daughter of a former U.S. President. She has successfully navigated complex diplomatic situations, pulse-pounding legal investigations, and dangerous military missions, managing each time to save the day. But now, Fay finds herself faced with a task unlike anything she has ever tackled before: fierce mafioso Roman Justine, the man who had nearly cost Fay her life, has seemingly returned from the dead. Now, Justine, hellbent on revenge, poses a threat to Fay and national security. Fay will have to go to extraordinary lengths to stop him, even tampering with the bounds of time and space. 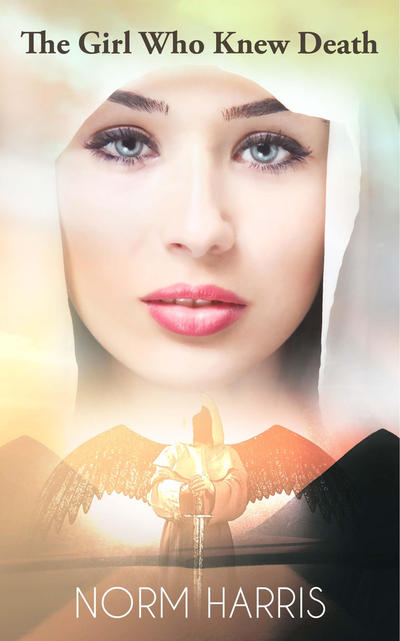 The Girl Who Knew Death, Book 4

Katrinka Lavrova is a young Russian espionage agent discovered by Russian Navy Captain Lavrov at the age of nineteen. Katrinka worked as both a spy and a sparrow since age thirteen to support her aged parents. Lavrov rescues the woman and becomes her guardian. Captain Lavrov introduces Katrinka to Fay. Fay asks Katrinka to help her steal the top-secret plans from Roman Justine’s office safe. Fay grows fond of Kat and offers her a fresh start in the United States. Katrinka dares to hope for a better life by accepting Fay’s offer.

Navy lawyer and former First Daughter Faydra (Fay) Green is no longer quite so haunted by the dark events of her recent past and is hoping for some well-deserved rest. But her world is once again turned upside down when a shocking secret about her adopted daughter, Katrinka (Kat), is revealed. But before Fay can help Kat make any decisions about her future, Kat is captured and thrown into an Egyptian prison. She manages to escape but must flee to safety across Europe, trying to stay one step ahead of several mysterious pursuers. Soon, Fay and Kat discover they are being chased by more than ordinary forces – Azrael, the Angel of Death, has taken a puzzling interest in their situation and a dangerous demon appears to be stalking Kat’s every move. It will take all of Fay’s strength and ingenuity to meet these and other challenges looming ahead of her, while Kat must ask herself what she truly wants out of life.

Fay turned and descended the ladder to the waiting boat. She dug deep into her soul to gather what courage she now carried with her to the dark and foreboding place known to all seafarers as “Davy Jones’ Locker.”

The frigid night air slapped her face as the small boat raced across the flat surface of the night water; sea spray soaked her face and hands. She squinted and fixed her gaze on the wall of black now standing before her. I’m going to need severe beauty salon time when I get back to civilization, she thought.

Shortly after, the boat arrived at the prescribed dive location. The dive team donned their facemasks and tested their gear—then, one by one, the divers rolled backward from the boat and into the water. Fay was last to leave the safety of the small boat.

The cold salt water stung her skin momentarily, until the thin layer of water between her skin and her wetsuit warmed to a tolerable temperature. She bobbed on the surface for a moment, then flicked on her underwater torch. Fay then slipped beneath the water’s surface and began her descent toward the bottom.

The wreck was ninety feet below. The Carr came to rest upright on the edge of a reef. The ship had not completely settled and was subject to shifting with each tide change. All good reasons for her to exercise extreme caution.

Nothing could have prepared Fay for the frightening feeling she experienced as she struggled to see and gain some sense of direction. She could tell she was sinking, but only because the luminous dial of her depth gauge so indicated. Following the eerie flickering lights of the three torches preceding her, she suppressed her fear and the feeling of claustrophobia by thinking of those people nearest to her heart. 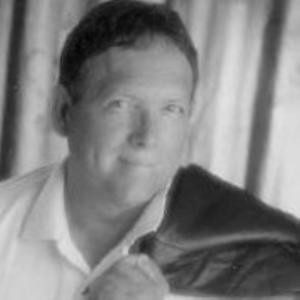 Norm Harris' first novel debuted on an Amazon bestseller list in 2002. It was a one-and-done, but now he's back with a plan to publish a couple of sequels to that first mystery/thriller of days gone by. Except for time spent in military service, he is a second-generation Seattleite (that's what they call those who dwell in the shadow of Mt. Rainier), with his legal beagle son, K-K, and five giant tropical fish. His upcoming release, Arid Sea, is the third book in what he hopes to be an award-winning Spider Green Mystery Story series.

Norm Harris will be awarding a $25 Amazon/BN GC to a randomly drawn winner via rafflecopter during the tour.

The Spider Green series sounds like a thrilling read and I am looking forward to it. Thank you for sharing the author's bio and books' details

Thank you for hosting today, Lisabet. May you find success and joy in your own writing. I hope to return this evening to answer questions or further comment. Because "The Girl Who Knew Death" was written about Spider Green and her adventures with a young Russian princess spy I posted this note on the Amazon sales pages.

"Before the commencement of the Russian/Ukraine war in 2022, this book and its prequel, "Deception Pass," were published.
They are fictional works which do not reflect the author's political views on the conflict. Governments fight each other, not their citizenry."

Sounds great, thank you for sharing.

Exciting excerpt, the Spider Green series sounds like a great series to read, thanks for sharing it with me and have a fantastic week!