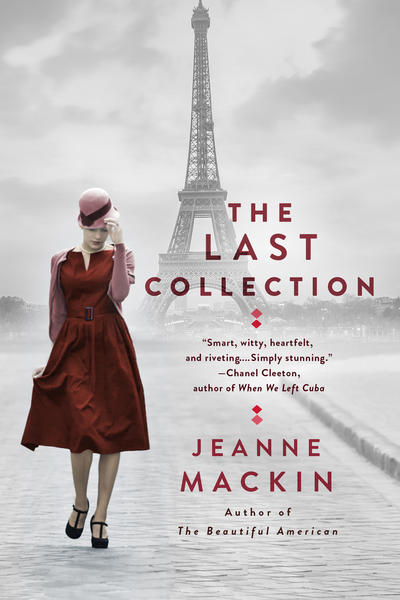 All the times I fell in love it was with men who surprised me. And before you hope for too much salacious detail, I’ll point out that falling in love, real love, not just fun and sex, was a rare thing in my life. Altogether, three times total, maybe three and a half, and the last love affair turned into a marriage of many decades. And he’s still surprising me.

So what’s important for me in life, and in my writing, because they run on parallel tracks, is that people be fully dimensional, sometimes unpredictable. They must have their own minds and needs and exist for themselves as well as for me. Perhaps that’s how I know I’m not a narcissist, just a novelist with a few quirks of her own.

So the question of tortured versus alpha men comes down to this: a real male character is both. A real man, and a real character, to satisfy me, and whatever is happening in the novel I’m working on, must have moments of strength, and moments of weakness and failure. I imagine that a male who is never weak is either lying sometimes or lacks imagination. A man who is never strong is underdeveloped and uninteresting, in life as well as fiction.

Of the various male characters in The Last Collection, the most important is Charlie, the brother of my antagonist, Lily Sutter. They are both Americans who, in 1938, are spending time in Paris. Charlie is in love with a Parisian socialite. Lily is trying to move past the grief of her young husband’s death. They are in very different emotional states and yet their brother and sister love is the one reliable thing in both their lives. Charlies is strong for his sister and his lover. He would move mountains for both of them. And yet he is weak sometimes when he and his lover quarrel. His confidence in himself is easily shaken.

Lily finds a new lover in Paris, and he, too combines strong and weak. Because he’s a German soldier, he exudes an aura of control and command. But he’s also very young and sensitive, a musician pulled away from his studies because of the war. His weakness comes from his sense of having to play a role, not being his true self.

Both men will face moments of crisis, life and death moments hinging on that important interplay between strength and weakness. And the women who love them must live with the consequences as well.

An American woman becomes entangled in the intense rivalry between iconic fashion designers Coco Chanel and Elsa Schiaparelli in this captivating novel from the acclaimed author of The Beautiful American.

Paris, 1938. Coco Chanel and Elsa Schiaparelli are fighting for recognition as the most successful and influential fashion designer in France, and their rivalry is already legendary. They oppose each other at every turn, in both their politics and their designs: Chanel’s are classic, elegant, and practical; Schiaparelli’s bold, experimental, and surreal.

When Lily Sutter, a recently widowed young American teacher, visits her brother, Charlie, in Paris, he insists on buying her a couture dress—a Chanel. Lily, however, prefers a Schiaparelli. Charlie’s beautiful and socially prominent girlfriend soon begins wearing Schiaparelli’s designs as well, and much of Paris follows in her footsteps.

Schiaparelli offers budding artist Lily a job at her store, and Lily finds herself increasingly involved with Schiaparelli and Chanel’s personal war. Their fierce competition reaches new and dangerous heights as the Nazis and the looming threat of World War II bear down on Paris.

Rave reviews for The Last Collection

"Sophisticated couture wars and looming world wars take center stage in Mackin’s latest, with a plot that buzzes with love triangles and political intrigue. A gorgeous meditation on art, fashion, and heartbreak. Stunning."

“Exquisitely melding world politics and high fashion, THE LAST COLLECTION is a smart, witty, heartfelt, and riveting look at the infamous rivalry between Coco Chanel and Elsa Schiaparelli set against a gripping period in history. Mackin’s powerful novel brings these characters to life and transports the reader, juxtaposing both the gaiety and tension of Paris on the brink of war. As elegant and captivating as the designs depicted in the novel, THE LAST COLLECTION is the perfect read for both historical fiction lovers and fashion aficionados. Simply stunning.”

“A wonderful story of two intensely creative women, their vibrant joie de vivre, and backbiting competition played out against the increasingly ominous threat of the Nazi invasion of Paris. Seamless research makes every character leap to life and kept me totally engaged from beginning to end.

“A vibrant portrait of two designers cut from very different cloth, Jeanne Mackin’s THE LAST COLLECTION pits bold Coco Chanel and colorful Elsa Schiaparelli against each other in a fiery feud even as the ominous clouds of World War II darken the horizon. A captivating read!”

"As Hitler and the Nazis gather strength and the world braces for war, Elsa Schiaparelli and Coco Chanel, whose politics differ as much as their couture, wage a war of their own. Lily Sutter, the woman who finds herself in the middle of their feud, has a battle of her own as she struggles to make a new start amidst extreme grief and loss. From New York to Paris, Jeanne Mackin takes the reader on an enthralling journey, complete with such vivid descriptions of the clothing, you can practically see them on the page. Beautifully rendered and meticulously researched, THE LAST COLLECTION is a must read."

Of the three primary colors, blue is most suggestive of paradox: it is the color of longing and sadness, and yet it is also the color of joy and fulfillment. On a ship, at night, blue water merges into blue sky, so blue is the color of places with no borders, no edges.

If you throw salt into a fire, the flames will burn blue. Salt rubbed into a wound renews the pain, intensifies it. Seeing others kiss and embrace was salt in my wound, a blue flame burning the length of me.

Blue best represents the contradictions of the heart, the need to be loved and cherished at the same time that we wish for freedom.

Blue is what made Elsa Schiaparelli’s daring color, shocking pink, so special: it is pink infused with blue, turning a demure blush into an electric surge. Schiaparelli turned girlish pink into the color of seduction by adding that touch of blue.

And always, there is the blue of the Paris sky on a June day.

Listen. I’m going to tell you a story about fashion, and politics. And, of course, about love. The three primaries, like the primary colors.

Jeanne Mackin ‘s latest novel, The Last Collection, A Novel of Elsa Schiaparelli and Coco Chanel takes the reader to Paris, just before World War II, and the intense, dangerous rivalry between the two queens of fashion. Her previous novels include A Lady of Good Family, the award winning The Beautiful American, The Sweet By and By, Dreams of Empire, The Queen’s War, and The Frenchwoman.

Her historical fictions explore the lives of strong women who change their worlds…because we know the world always needs a lot of change! She has worked all the traditional ‘writers’ jobs’ from waitressing to hotel maid, anything that would leave her a few hours each morning for writing. Most recently, she taught creative writing at the graduate level. She has traveled widely, in Europe and the Middle East and can think of no happier moment than sitting in a Paris café, drinking coffee or a Pernod, and simply watching, while scribbling in a notebook.

The author is giving away a $50 Amazon or BN gift certificate to one randomly chosen winner during her tour!

Paris, 1938. Coco Chanel, men who are strong enough to show weakness...this sounds like it would be great as either a mini-series or movie!

Love the cover❤❤
Thanks for the awesome giveaway!!

Sounds very interesting. Thank you for the chance!

Welcome to Beyond Romance! This sounds like a fascinating book. I'm curious about where you got the inspiration.

thanks for hosting - pleased to be here! Lisabet, your question is great. And as much as I have enjoyed being surprised by those I love, I've also surprised myself occasionally, and this novel is one of the times. When I began it I knew nothing about couture and the challenge of learning about it was one I chose not to resist. The initial inspiration came from research during a previous novel I wrote, The Beatiful American, about Lee Miller, the Vogue model who became a war correspondent during World War II. She spent years in Paris and researching her story I learned some fascinating facts about how Parisian women used style and clothing to defy the German invaders. I began making the connections between fashion and politics that then came on the page in The Last Collection. Have you ever thought of clothes as political statement?

Sounds really good. Thank you for the chance

This sounds like a fantastic book. Looking forward to reading it.

I love the premise of you new book. The subject matter is intriguing. I read your answer to Lisabet Sarai and as student of history I was fascinated by your research.

The cover is lovely and the storyline intriguing. I definitely have this on my TBR. Best wishes to the author on the novel.

Is the cover model wearing a dress designed (or similar to) by one of the two designers? I am only familiar with Channel's 60's suits.

thanks for this chance

I love the cover. Good luck on your new release!

I enjoyed the excerpt, thanks for sharing