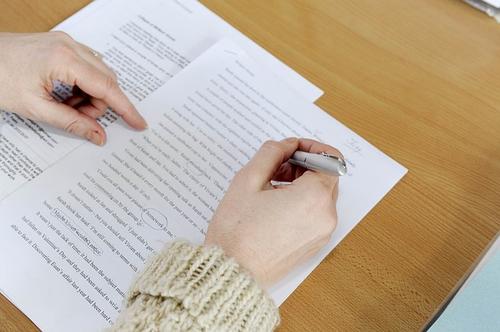 Image by Wokingham Libraries from Pixabay

For the last couple of years, I’ve been self-publishing almost all my work. I love the freedom and control that comes with self-publishing; you can mix and match genres, write books of almost any length, create covers you love, and enjoy the instant gratification of seeing your books hit the shelves immediately rather than having them sit for weeks or months in some publisher’s queue.

However, I’ve come to realize that self-publishing can lead to some bad habits.

Keeping a story below a word count limit can be a tough job. I almost always have to shorten what I’ve written in order to meet the submission requirements. This takes discipline and effort, but the results usually reflect a higher level of craft. In contrast, a self-published book can be as wordy as you want. In fact, the longer the book, the more you can charge. This tends to encourage sloppiness. Why strive for conciseness when it’s actually against your financial best interests?

Of course, cutting the fat will ultimately improve the quality of a book, but the absence of a limit has a tendency to reduce motivation.

Last year,I wrote several stories for a publisher who had a hard limit of 3000 words. Every story I produced for them exceeded that word count in the first draft. Hence, I was forced to focus on strategies for reducing the length. I’ve been learning (or re-learning) how to make every word count. I thought I’d share some of these methods in this post.

Anyone who’s read any of my work will have noticed that I give setting a good deal more attention than many authors. With almost everything I write, I have in mind some particular place and time, and I normally dedicate considerable effort to bringing the setting to life. The environment and mood almost always play a role in shaping the characters and their actions.

However, the story needs to come first. Hence, if I need to shorten a piece, I’ll start by looking at the descriptions of the surroundings. I consider how critical each detail really is, how much it contributes to the central narrative. Sentences or phrases which enhance the atmosphere but are not essential to moving the story forward are prime candidates for the cutting floor.

2. Use dialogue to replace description and action

Sometimes you can establish facts, as well as delineate characters, more succinctly using dialogue than description. Although I like to intersperse action and speech in my fictional conversations, sometimes the action can be dispensed with if the word count is tight.

Dialogue is often shorter than description because you do not need to use full sentences. Also, you can convey emotion through word choice and punctuation, rather than describing things like tone of voice or expression.

You can make your dialogue shorter still by dropping speech tags when the identity of the speaker is clear. However, you need to be careful when excising speech tags; you don’t want to confuse the reader.

If you have complex, multi-clause sentences, you can sometimes save words by turning one clause into a modifier.

Though I’d been watching her like a hawk all evening, I somehow missed the instant when she shed her clothes.

Despite my almost constant scrutiny, I somehow missed the instant when she undressed.

Most of my first drafts have way too many adverbs. In some cases, I overdo the adjectives as well. If you’re trying to shorten a story, review all your descriptive words and consider how important each one is to your goals in the story. In particular, consider cases where you use multiple modifiers for the same noun or verb. You don’t want to take them all out; your tale will lose all its individuality and sparkle. Sometimes, though, cutting one or two adjectives or adverbs will heighten the effect of the ones that remain.

Writing flashers is a great way to practice conciseness. What’s a flasher? A complete story in 200 words. The Erotica Readers and WritersAssociation (ERWA) pioneered flashers on its Storytime list decades ago. When I first joined ERWA, flashers were restricted to only 100 words!

When I first tried, I had difficulty writing flashers. My approach was to write the story first, then use drastic surgery to cut it to the necessary length. This Procrustean effort rarely produced satisfying results. The story arc suffered; the action usually felt jerky or incomplete.

As I’ve matured as a writer, I’ve also found flashers have become easier (though they’re still an instructive challenge). My current technique is to imagine the story, then begin to write, watching the word count as I do. As I use up my allocation of words, I go back to modify the earlier sentences, using techniques like the ones I discuss in this post. Normally the first full draft will be over by 10-20 words, but it will capture the essence of the plot. Then I can review and further trim the text, without too much fear of compromising the narrative.

You can find lots of flashers in the Erotica Gallery section of the website. If you want to try your hand, join us on the Storytime list. Every Sunday you can submit up to three flashers for comments and critiques!

Here’s one of my favorites, to give you the idea.

He’d left it behind when he moved out. Guess the old bathrobe became too ratty even for his casual tastes. She can’t look at it without seeing his wiry frame wrapped in the faded plaid flannel, crouched over his poetry at the kitchen table. Vodka on one side, smoldering cigarette on the other, close enough to touch, a million miles away.

She holds it to her face, breathing him in, sweat and tobacco, and underneath, that elusive musk that first hooked her. Addictive, intoxicating—in an instant she’s drunk with the astounding lust that first drew them together. Eyes closed, she relives their ecstatic frenzy, the clarity of pure connection. In bed they were one body, obscene and holy. She never cared what they did; every carnal act felt like a sacrament. The loss of him, of that glory, is a vast, black, aching wound in her chest.

He’d felt it, too. Inhaling her female perfume, he lost himself, drowned in her lushness. Scary. One reason— along with his wanderlust—that he’s gone.

Chemistry’s not the same as compatibility.

She stuffs the rag between her thighs. Eventually the flannel will smell only of her.

Why not join us next Sunday? You have nothing to lose except unnecessary words!

I've always had the same trouble with word limits. For prompts, I usually write what I think to be the best response. Then I check the word count and start cutting. One time the only way I could reduce the word count was to change the story from 3rd person to 1st person. But it worked. I always say I'm a good writer in need of a good editor. I think of every word I write as one of my children. But sometimes I do need to prune my words--just never willingly!

Thanks for dropping by, Fiona.

The more writing experience I have, the easier it has become to cut my own words. I have always thought the phrase "Kill your darlings" was a bit harsh, but you do have to recognize that even wonderful descriptions or ideas might not be pulling their weight in propelling the story forward.