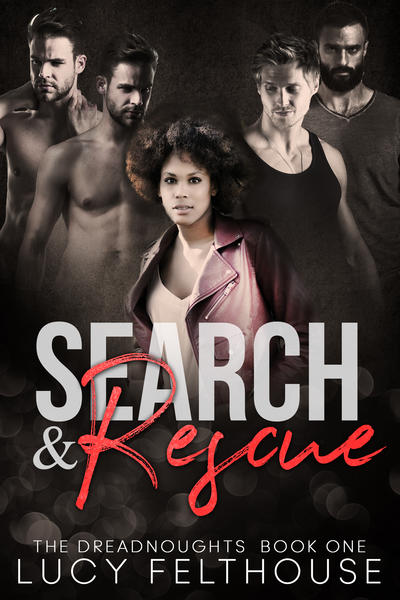 Kim’s trying to save the world—but is she actually going to make things worse?

Kim Medhurst is an ex-British military intelligence officer turned scientist and climate activist. A thrilling, potentially world-changing discovery leads her to a cave on a remote island off the Scottish coast. But before she can return to the mainland, a natural disaster traps her in the cave with limited food and water. Fortunately, she is an intelligent and resourceful woman who made a backup plan even before she stepped out of her own front door.

Enter Jason Chastain—owner and operator of a private security firm—and his friends Aidan Smith and twins Taylor and Joshua Greig. The foursome are also ex-military, so rescuing Kim should be a walk in the park for them. However, her discovery is so top secret she hasn’t even told Chastain and his buddies precisely what their mission is—instead relying on money and intrigue to get them to do the job. It works, until a series of events turn the rescue mission into an escape mission. Throw in a further revelation that will change all of their lives irrevocably and Kim begins to wonder if she’s bitten off more than she can chew.

Should she have left things well alone, or can this colossal mess be turned into something positive? This is about so much more than just five human beings, after all.

PLEASE NOTE: Search and Rescue has a cliffhanger ending. 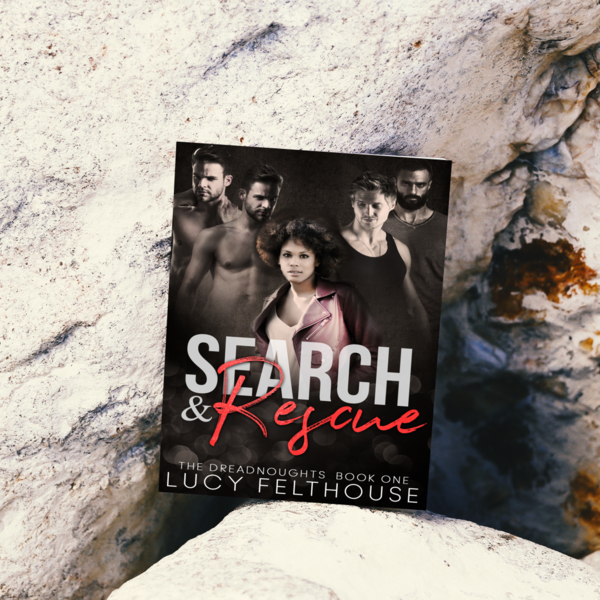 Jason gripped tightly onto the controls of the rigid inflatable boat—otherwise known as a RIB—as it bounced on the relentless, white-capped waves of the Atlantic Ocean. According to the GPS, they were closing in on their destination. And thank God for GPS; simply looking for their target was futile—it was pitch black, and the remote Scottish island they were headed for was uninhabited, so there were no lights to help guide them. Not even a bloody lighthouse. To make things worse, they didn’t know exactly what—or who—they were going to find when they landed, so they were in stealth mode, meaning no lights on their boat, either. When they got close enough, they’d have to kill the engine, too, so as not to be heard by anyone who might be waiting for them.

He hunched his shoulders against the biting wind which still managed to worm its way in through his layers of technical gear and muttered to himself. Complaining out loud was pointless—the waves and wind would stop the others from being able to hear a word he said, anyway.

Besides, he was really in no position to complain, since it was his fault the four of them were here in the first place.

The job offer had come in via the contact form on his security firm’s website—all mysterious and anonymous, and on the first read he’d almost dismissed it out of hand, his finger hovering over the ‘delete’ button even before he’d read the final line. It was so vague he’d thought it was spam, or someone pissing about—even organisations who wanted to employ him for highly classified missions usually gave more information than that. Not to mention more notice. But something, the merest grain of intrigue, had made him read the message through again and absorb it fully. Despite all the cloak and dagger, it seemed legit.

And when his phone pinged with an alert, prompting him to check his business bank account and find the promised amount just sitting there, all nonchalant-like, the grain of intrigue had turned into the Sahara Desert’s worth. Particularly since the amount in question was just a deposit to help with expenses and getting the mission off the ground. What would have happened if he’d refused the mission? Did he get to keep the money anyway? By this point, that wasn’t really an issue, anyway, since there were a hell of a lot more zeroes at play if he and the three buddies he had in mind to come with him managed to pull this off—a ridiculous sum, even when split four ways and taking costs into consideration.

Whoever the client was, they were extremely important, or insanely rich. Maybe both.

In other words, a good person to get on side. If he played his cards right, this mysterious client could keep him in work for a long time to come—if not personally, then by way of sharing contacts and word of mouth. Either way was good, as far as he was concerned.

Despite the secretive nature of this mission, it would certainly beat some of the two-bit jobs he’d taken on out of necessity in the past few months. Unfortunately, the need to eat and the requirement to pay bills didn’t go away just because the exciting work had dried up.

But this job could be the turning point. The one that launched him from dull bodyguarding of ‘celebrities’—some of those fuckers have been so Z-list that even Google doesn’t know who they are—and protecting sensitive goods to actually making a difference, like he used to do back in the military. Helping people. Taking bad people off the streets.

It could also be the job that launched him into the Atlantic Ocean—not for the first, but possibly for the final time. The RIB lurched violently, and Jason heard the rest of the crew swearing and exclaiming even over the roar of the elements. And these were guys who weren’t afraid of anything. He risked a quick glance over his shoulder and counted three large figures. They were all still there, and for now, that would have to do. There was no time to check in—according to the GPS, the shore was coming up fast, and he’d need all his concentration, skill, and brass fucking balls to land them on the beach in one piece. More importantly, the boat needed to be in one piece, since that was their way out, once they’d secured their target. Without it, they were royally fucked. Unlike in the military, they had no one to call, no backup, no rescue teams.

He shook his head, wondering for the umpteenth time who the hell threw so much cash around in order to hire a four-man team to take on a monumental, potentially very dangerous task, knowing perfectly well that if it went tits up, there was no second chance? No clean up team?

The best he’d been able to come up with was: Someone desperate, with a need for secrecy.

So exactly who was desperate, secretive, and filthy rich?

It’s only a matter of time before we find out. If we ever make it onto this bloody beach, that is. He took a deep breath and squinted into the darkness, willing his eyes to pick up something useful. Normally he’d have donned his night-vision goggles, but the rain and the sea spray would splatter constantly onto the lenses, rendering them useless. All he could do was keep flicking his gaze between the GPS and the landscape in front of the boat and hope for the best. He wasn’t a religious man, but he mumbled some random words of prayer to the heavens anyway, just in case. Couldn’t hurt to try, and it certainly wouldn’t make things worse.

Finally, his vision and the gadget seemed to agree the beach was imminent. With another deep breath, Jason killed the engine and mentally crossed his fingers and toes they were close enough that the waves would wash the boat up onto the shore, rather than dragging it back out to sea. He’d researched tide times and planned accordingly, but he knew better than most that things didn’t always go to plan. Especially when it came to Mother Nature. She could be a sadistic bitch at times. But then, given the way the human race treated her, he could hardly blame her for lashing out from time to time.

Thankfully, after what felt like an interminable amount of time, but was actually only a few minutes, the equally terrifying and relief-inducing sound of the boat scraping on to dry land rang out—audible even over the wind and waves. Jason maintained a fierce, knuckle-whitening grip on the controls as the boat lurched, more to keep himself steady and to take out his nervousness on the rigid material beneath his fingers than anything—after all, the steering had lost most of its effectiveness the minute he’d switched off the engine. He’d never admit it to the guys, not in a million years, but his heart was in his mouth. These boats were built to be sturdy, designed to carry out exactly this kind of mission, but it wasn’t impossible that a particularly sharp rock or even something manmade that had been left or washed up onto the beach could puncture it.

He released a breath he hadn’t realised he’d been holding when the boat came to a surprisingly gentle stop on the sand. He let go of the controls and gingerly relaxed his fingers and hands, then flexed them, wincing a little as the muscles, joints and tendons protested. Immediately, he dropped into a defensive crouch and began readying himself to disembark—they weren’t out of the woods yet. Far from it. For all they knew, there could be a hostile force lying in wait for them.

Once he was ready, he turned to the rest of the team, barely able to make out who was who in the darkness. He shuffled closer to ensure they could hear him. “All right, lads, this is it. Stay alert. We might be on dry land now, but it doesn’t mean we’re safe. I have literally no idea what we could be walking into here, so be prepared for anything. Comms check.”

They ran through the necessary, removed their lifejackets and stashed them in a heavy-duty container, and ensured they had all their gear. That done, Jason took the lead and carefully leapt off the boat, knowing the others would be right behind him. The four of them had always had each other’s backs, and that wasn’t about to change now. Especially not when the stakes were so high.

He dropped back into a crouch immediately after landing on the sand, and paused momentarily to flip his night-vision goggles—usable now they were off the ocean and in a more sheltered spot—into place before setting off to find a route off the beach. He turned his head from side to side, examining his surroundings. It was clear this was no sunbather’s beach, not even in the height of summer—such as it was in this part of the world. He reckoned he’d be more likely to bump into a smuggler here than a sunbather or a swimmer. The sand ran right up to the base of some inhospitable cliffs, craggy and steep.

Shit. I knew this wasn’t going to be a walk in the park, but I didn’t think we’d fall at the first fucking hurdle. Even smugglers wouldn’t be so daft as to end up here. 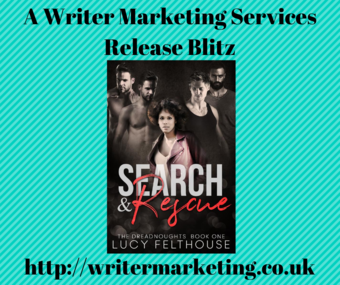 I really like the photo of the heroine on the cover. Tough, no-nonsense, intelligent...