The book that shouldn't have happened @pjmaclayne #WolvesGambit #shifters #giveaway 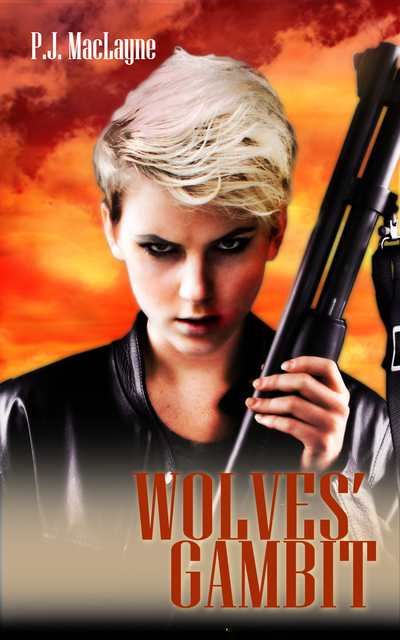 I have a confession to make.

I never set out to write a paranormal romance.

And I never imagined writing an urban fantasy/paranormal romance series. To this day, I haven't read books or seen the Twilight movies. And maybe that's a good thing.

Because the premise for Wolves' Pawn came to me in a dream, and I decided to try to turn it into a short story. And it was free from the influence of other paranormal stories. Then the original characters took aver and turned the short story into a book. But once it was complete and I'd decided it was good enough to publish, I thought I was done with it. I turned my attention to a new story with new characters.

But something funny happened as I wrote the third book in my mysteries series.

I wasn't even halfway through the first draft when a minor character from Wolves' Pawn started bugging me. She nagged me to write her story, and convinced me it was a good one. So Wolves' Knight happened. And again I thought I was done with the paranormal storyline.

But once I went back and completed the third mystery, it happened again. Another character from Wolves' Pawn started talking to me. I mean, she appeared on all of two or three pages of the book, she was so minor. But she had a story to tell, and I was elected to be the one to write it.

And that's how Wolves' Gambit, my newest book, was born.

Of course, the story isn't what I planned. I started the story in Wyoming, and expected to move it to the East Coast after the first couple of chapters. It didn't happen that way. Lori Grenville, the main character, took over and decided the entire story would take place in Wyoming. That meant I had to revise the entire plot, but it worked out, and made it a better story.

So my stand-alone first book is now a series, although each book is a separate story. And I can see more books for that series in the future. Heck, I can imagine an entire new series springing from one scene in the last book!

With that said, let me introduce you to Lori Grenville, the main character from Wolves' Gambit, the book that should never have happened.

Wolf-shifter Lori Grenville was rescued from near-slavery and a brutal pack leader by the Free Wolves. To pay back the favor, she's dedicated her life to helping others in the same situation, leading shifters to safety and a new start, risking her life in the process. She's faced down alphas and has no qualms in undermining pack structure.

Now she's challenged with the task of restoring an alpha to his rightful place. If she gets it right, she can stop a war from ripping apart two packs and spreading across an entire state. If she fails, she'll be among the first to die.

There's still the option of walking away and letting the Jaeger and Destin packs destroy each other. That means she'll fail in her original mission of rescuing the daughter of the Jaeger alpha before the girl is forced into marriage for political gain.

Lori hasn't failed in a mission yet. This one may be the exception.

With a smooth motion, she swung the shotgun to her shoulder. Without taking time to aim, she squeezed the trigger. The recoil pushed her against the wall, which held her up. The wolf, still advancing, snarled and tightened the muscles in his hindquarters. Lori didn't have time to figure out his plan of attack. She fired the second barrel. He dropped to the floor, whined, and crawled under a table.

She retrieved two more shells from her pocket and reloaded. Outside, a lone wolf howled. It echoed in the night but received no answer. Surely Eugene hadn’t taken down an enemy already? Or had he abandoned her?

With her back against the wall, she took a deep breath and braced herself for another attack. An oppressive silence, broken only by her breathing and the soft whimpering of the wolf she'd shot, blanketed the bar. Lori jerked her head, trying to shake a few stray hairs away from her eyes. She didn't dare loosen her grip on the gun.

Then two wolves, side by side, emerged from the darkness outside and hurtled through the window frame. A third followed. The first two paced towards her shoulder to shoulder. When she pulled the trigger, the scatter of one shot hit both of them. One stumbled for a fraction of a second, but didn't stop. In two steps, they'd be on her.

She fired again, the recoil pushing her hard against the wall. The double damage at close range forced them back. One limped to the window and crawled out. The other sought refuge behind the bar.

She still had the third wolf to deal with and empty chambers. She broke open the gun and dumped the spent casings. They clattered to the floor, rolling towards the center of the room. The last wolf gathered himself for his onrush. Her hands shaking, Lori pulled more ammo from her pocket. One slipped from her fingers and rattled to the floor. There was no time to get another. She dropped the lone round in the chamber. 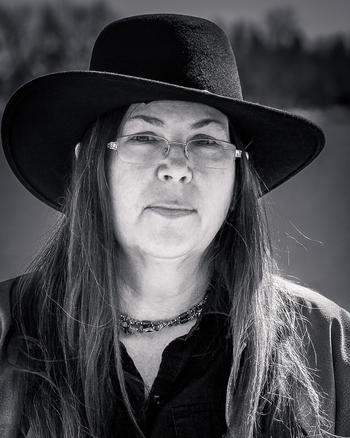 Born and raised among the rolling hills of western Pennsylvania, P.J. MacLayne still finds inspiration for her books in that landscape. She is a computer geek by day and a writer by night who currently lives in the shadow of the Rocky Mountains. When she's not in front of a computer screen, she might be found exploring the back roads of the nearby national forests and parks. In addition to the Free Wolves’ stories, she is also the author of the Oak Grove series.

P.J. MacLayne can be reached on:

And now that you've reached the very end, how about that giveaway? To celebrate the release of Wolves' Gambit, I'm giving away one or more e-book copies of Wolves' Pawn, the first book in the series. The more entries I get, the more books I'll give away.

Welcome to Beyond Romance. This is a great example of the mysteries of inspiration. Still, I'm sure your fans are glad you wrote this book

Thank you for the excerpt. Looks like an exciting series.