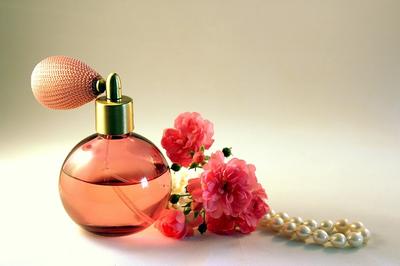 A thing of beauty is a joy for ever:
Its loveliness increases; it will never
Pass into nothingness; but still will keep
A bower quiet for us, and a sleep
Full of sweet dreams, and health, and quiet breathing.

“Slide your hand across my stomach, baby!”

The taunts pursued me down the halls of junior high school. There were quieter, more insidious whispers, too, suggestions that I join some boy or another in the back parking lot or under the bleachers. I tried to ignore my tormentors, but for weeks I suffered from a permanent blush. I was paying a heavy price for hormones and imagination.

It all began in study hall, when Bobby intercepted the letter I passed to my friend Nona. It was a draft of an epistle I planned to send to my “pen pal” Glen. I'd never met Glen. He was an older guy Nona knew from her summers at “the lake”, where she had carnal adventures that she hinted about but never really explained. She hooked me up with Glen long distance (this was long before email, of course) and somehow, with his encouragement, we started writing steamy fantasy letters back and forth.

How did I get into this? Honestly, I don't remember. I'm astonished now that I could have been so easily manipulated. But then there were all those hormones...and I wanted Nona to think that I was hip, sexually speaking. Writing to Glen, receiving his notes back, sharing them with Nona, it was all incredibly exciting. It was fun. At least it was until Bobby snatched the folded paper I held out under the desk for my friend to grab.

I realize now that Bobby was probably trying to get my attention, that he probably “liked” me. At the age of thirteen, I was shy, nerdy and really quite clueless about the opposite sex or sex in general, although I thought about boys all the time. Bobby was louder and a lot more confident than I, a smart kid but also a joker. He and I had something of an adversarial relationship in our classes, competing for grades, but I doubt that he really wanted to hurt me with his prank.

It did hurt, though. Overnight I went from being the school egghead to a girl with a “bad reputation”. It didn't matter when I protested that the letter was all imagination. Nobody wanted to believe me.

Normally I'm not the vengeful sort. Nevertheless, I was determined to pay Bobby back for the misery he had inflicted. For days I pondered an appropriate revenge. I wanted to embarrass him, show him that I was smarter than he was, and make him sorry for what he had done.

Finally I hit on what seemed like the ideal strategy. I enlisted the help of my friend Nick. He was one of the only guys who didn't tease me about my dirty little scenarios.

In those days, both boys and girls had to wear uniforms for gym class. Each of us had a locker in the changing rooms where we kept our things. Nick agreed to spy on Bobby to find out the combination for my tormentor's padlock.

Once Nick had obtained this information, I purchased a bottle of cheap perfume at the local Woolworth's. I inscribed the above lines from Keats on classy linen stationery using my most elegant calligraphy and signed the note. On gym day, just before that class, Nick sneaked into the locker room and dumped the whole bottle of scent onto Bobby's gym uniform. He left my message behind so that Bobby would understand who was responsible.

Alas, I didn't get to see the immediate consequences of my stratagem but Nick told me that Bobby's face turned bright red when he opened his locker. The gym teacher forced him to wear his reeking gym clothes for the entire period, much to the amusement of the other guys. A day or two later, Bobby actually came up and apologized for spreading the contents of my letter around. We became friends, though he still enjoyed teasing me. Meanwhile, Nick and I remained close, though our relationship was always platonic. I understand now what a risk he took for me.

I hadn't thought about this experience in a long time, but looking back on this episode from my teenage years I realized that it said a lot about me.

o I've always had a dirty mind. I've been writing sexy stories almost forever—certainly before I had any sexual experience. And you know, it's still exciting.

o I've always used words to get my way.

o Even when I was shy and insecure, I never allowed myself to be a victim.

o Having a bad reputation, ultimately, might not be so bad after all.

I wonder whether Bobby, Nick and Nona recall these events. At the time, the experience was intense and somewhat painful. Now, burnished by memory, I find that it's a thing of beauty.

Posted by Lisabet Sarai at 6:29 AM

Not all of my memories from junior high and high school are good ones. I try not to waste time wishing things undone, since we can't go back and hit "redo" no matter how much we want to. I try to be "Zen" about it and realize that we were all young and stupid once, and if the only things I regret are a few silly things, then I've had a pretty good life so far.