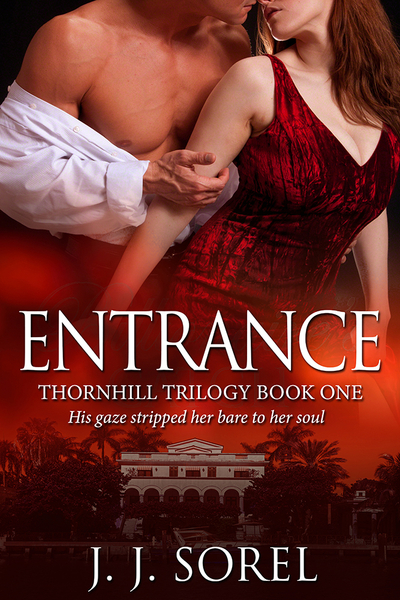 Clarissa Moone is a young, classy, impoverished art history graduate. Her life transforms when she lands a job working for the enigmatic billionaire, Aidan Thornhill. As the contract stipulates that she reside at his lavish Malibu estate, Clarissa suddenly finds herself surrounded by jaw-dropping art and opulence. A significant step up from the run-down apartment she shares with her best friend.

Aidan Thornhill is a self-made billionaire whose earlier start in life was riddled with poverty and a dysfunctional upbringing. Running away from scandal, he joins the army and works his way up to the Special Forces. Accompanied by haunting memories, Thornhill re-enters civilian life with a million dollars gifted to him by a dying buddy. He travels to Europe where he develops a passion for art. And after many astute investments, he becomes one of LA’s wealthiest bachelors.

Voluptuous, intelligent and sensitive, Clarissa Moone's beauty makes Aidan gasp for air. But with a reputation that is as much invented as true, he has to convince Clarissa that he is not a heart-breaker. Aidan Thornhill’s movie-star looks, love of art and passionate support for the downtrodden, soon wins Clarissa’s heart, soul, and innocence.

After living a life devoted to intellectual pursuits and art, being new to love, she succumbs to her smoldering hot boss, who stops at nothing to pleasure her, sending Clarissa off into toe-curling ecstasy.

Behind the scenes, however, the claws are out. Determined to stir trouble, three characters, one of whom, a spoilt heiress, do everything to reap revenge.

With mutual burning passion impossible to extinguish, the couple's chemistry is so potent that their souls implode when Thornhill’s mysterious past threatens to drive a wedge between them. The former soldier goes into battle determined to have Clarissa even if it means losing everything.

Her stretched gaze nearly ate me alive. “Shit, Clary, he’s only the sexiest and most eligible billionaire in LA.” Without a moment to lose, she sprang up and tapped away on her laptop. “Come and have a look. Shit, he’s hot.”

Aidan Thornhill was indeed very good-looking. “He appears glum in every shot,” I said.

Tabitha leaned on her elbows and peered into the screen. “Hmm…the broody type. That makes him even sexier. Wow, imagine if you get the job.”

“Don’t be so negative, Clary. Remember that seminar we attended. If one projects positive thoughts, life will deliver.”

“That’s new-age claptrap and a recipe for disappointment. At least this way, I’ll be ecstatic if I get it.” Standing over Tabi’s shoulder, I checked the images of my potential boss. In each photo, he appeared with different women, never the same one twice. “He’s got a thing for blondes.”

“But wait till he sees you in a bikini.” Tabitha’s voice had gone up a decibel.

“Now you’re being crazy. I’ll be working as a PA, not a model. I don’t even own a bikini. And if I did, I wouldn’t be wearing it to work.” I tilted my head. Tabitha’s mouth curled into a wide, contagious grin. Imagining me at a computer in a bikini made us giggle.

The sound of “La Marseillaise” blaring startled both of us. I must change that ringtone.

While I searched for my phone in my handbag, Tabitha was close at my heels like an eager puppy dog. Taking a deep breath, I pressed the button. “Hello.” 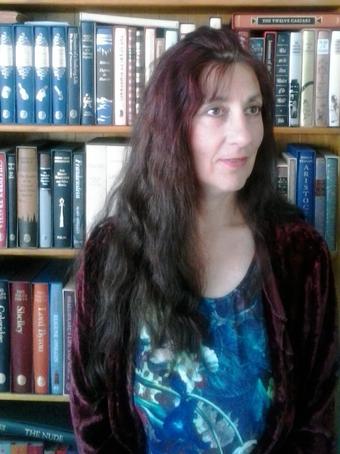 Fifty Shades of Grey, was the first contemporary romance book I’d ever read. Up to that point, I’d spent my entire reading life buried in literature.

But then, one day, I picked up Fifty Shades of Grey and couldn’t put it down. Impressed by their heart-felt, down to earth portrayal of love and sex, I quickly developed a voracious appetite for contemporary romance books. I was so inspired by the genre that I decided to explore that world as a writer.

After completing a certificate in Writing Romance with the Australian College of Journalism I embarked on writing three books. All of which are still sitting on my computer.

Then Aidan Thornhill entered my imagination and came alive on paper. From that moment, like all emotional love stories, nothing else mattered. I fell in love. And was compelled to write, almost in a frenzy, every day without fail. I am presently working on my latest novel – The Importance of Being Wild.

J.J. Sorel will be awarding copies of the entire series (3 books in all) to a randomly drawn winner via rafflecopter during the tour.

thanks for having me!