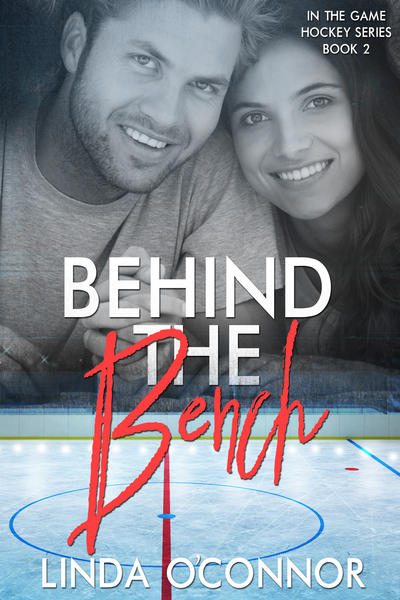 Lisabet, thank you so much for hosting me today!

This crept into my romantic comedy Behind the Bench, the second book of the In the Game Hockey Romance series. Dr. Danni Angelo is the team physician for the local professional hockey team. She’s forever chirping at the players to use their own water bottles. The players tolerate the advice, even appreciate her concern, but they pretty much ignore her. She’s not giving up though – and she’ll add her two cents about the merits of full-face shields while she’s at it.

Behind the Bench (In the Game Hockey Romance series, Book 2)

Dr. Danni Angelo is the team physician for the Clarington Quakes hockey team. She’s worked hard to earn the players’ respect, but the new coach, Trey Mason, is stirring things up, and Danni’s worried her job may be in jeopardy.

Trey finds Danni…distracting. Beauty, brains, and sexy moves on the ice have him uncomfortably attracted. He’s the new guy on the block. He has a reputation to build and a standard to set. The last thing he needs is a complication.

When the team spirals out of control and Danni and Trey get caught up in a drug scandal, things heat up on and off the ice. It’s a whole new game plan…Behind the Bench.

Danni debated for a moment and then took one of the water bottles Dave had just filled. Hopefully Todd Webb wouldn’t miss his. It wasn’t as if they each used their own, she thought with chagrin.

She hustled back to the clinic, ducking around the corners and looking over her shoulder, hoping to avoid Cliff and Dave. When she passed the treatment room, Ben called out to her. “Do you want to come and take a look at this ankle?”

Danni looked at the two drinks in her hands. She’d been hoping to stash them, but she couldn’t just ignore Ben. Resigned, she walked into the treatment room.

Ben looked up and smiled at her. “Thirsty?”

Danni rolled her eyes and didn’t answer. She set the bottles on a counter and went over to the player sitting on the examining table. She chatted with Nate as she did a thorough exam and was satisfied that the ankle was strong enough to play. He could be shifted to a healthy scratch, and would be able to join the practices.

Danni finished up and, taking the bottles, made her way through the dressing room to the clinic. A handful of players were getting ready for the pre-game skate.

“Hey, Doc. That’s my water bottle,” Todd Webb pointed out from across the room.

Danni’s forehead broke out in sweat. “I’m doing an experiment to see if you actually use your own,” she said sardonically. “Good job, Webber.”

He laughed. “That’s okay. I’ll use Veet’s.” He grinned, gesturing to the player sitting nearby.

“I prefer NickNac’s anyway,” Veet said, poking Nick with his stick as he checked the curve on the blade.

“I usually grab Watty’s,” NickNac chimed in, sitting on the bench sipping a Score.

Danni shook her head and shut the clinic door as their laughter filled the air.
Well, she’d had the samples she wanted, but she’d better stick to medicine. She made a terrible spy.

Behind the Bench is one of 16 medical romances in the Coming in Hot: Rescue Me  collection. 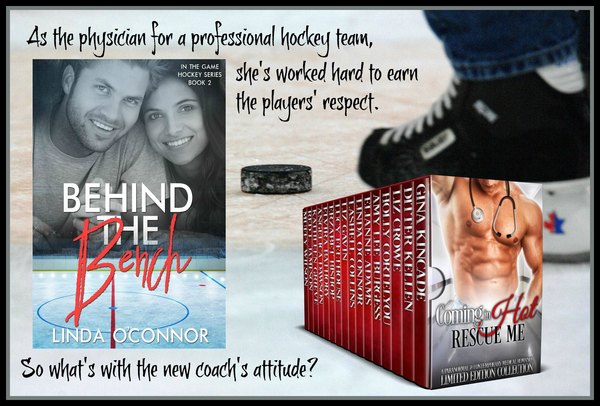 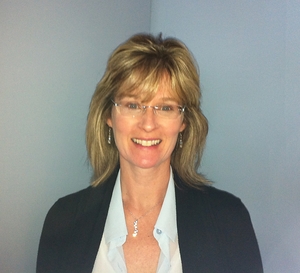 Linda O’Connor started writing a few years ago when she needed a creative outlet other than subtly rearranging the displays at the local home décor store. It turns out she loves writing romantic comedies and has a few more stories to tell. When not writing, she’s a physician at an Urgent Care Clinic (well, even when she is writing she’s a physician, and it shows up in her stories :D ). She hangs out at www.lindaoconnor.net.

Laugh every day. Love every minute.

Thanks so much for hosting me, Lisabet! It's been a pleasure to visit. :D

Welcome to Beyond Romance. I'm not a doctor, but I can identify with stuff like having private water bottles.