One Thing Leads to Another @PaulaRomances #Ireland #Connemara #series #romance 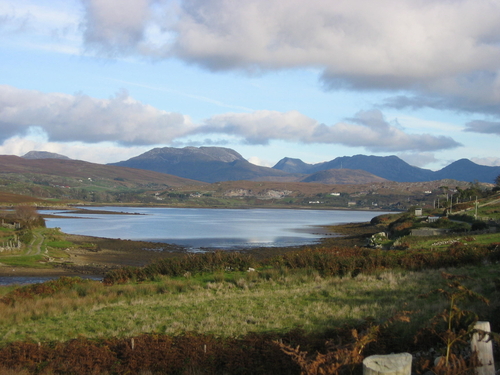 Five years ago, when I was writing IRISH INHERITANCE, I had no idea it would lead to a series of five books. I thought I was writing a stand-alone story about two people who meet when they jointly inherit Mist Na Mara, a Victorian house in Connemara in the west of Ireland.

Once that was finished and submitted, I started writing a story set in the English Lake District. The hero was a veterinary surgeon, and the heroine was an actress who was escaping her busy life in London for some well-earned ‘R and R’ in the country. I wasn’t very happy with the way it was progressing, but then my publisher suggested the possibility of a spin-off story about the best friend of the heroine in Irish Inheritance. ‘Okay’, I thought. ‘I’ll think about that once I’ve sorted out this Lake District story.’

Two days later, I had another thought: ‘Why not move the Lake District story to Ireland?’ The hero became an Irish vet, but I had to rethink the heroine’s reasons for being in Ireland, so that it followed on from where she had been at the end of the first story. I also needed to inject more ‘suspense’ into the story, with some unexplained crises at the veterinary surgery, and the hero’s wife trying to claim custody of their two children – and that’s how IRISH INTRIGUE was born. 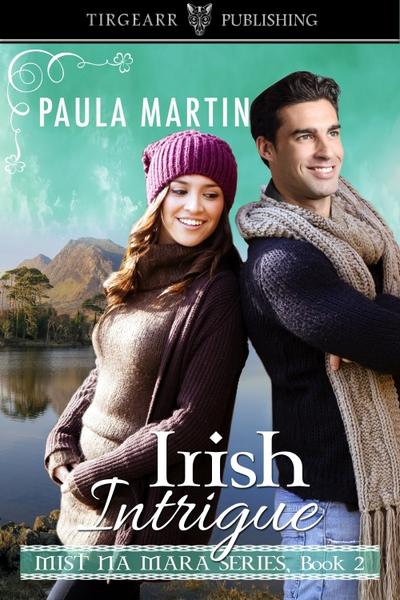 Half way through this story, one of the characters was explaining to the hero his idea for a screenplay about an American who was adopted as a baby and comes to Ireland to search for her birth mother. Even while I was writing this conversation, I realised the character had given me the idea for my next novel.

I then had to do a fair amount of research about the baby adoption scandal in Ireland in the 1950s and 1960s. Because of the timing, I decided my heroine needed to be trying to find her mother’s birth mother (rather than her own) but coming up against a wall of secrecy (which, indeed, is what real-life adoptees have had to face). This gave me the title of IRISH SECRETS, and I also gave the hero a secret of his own. 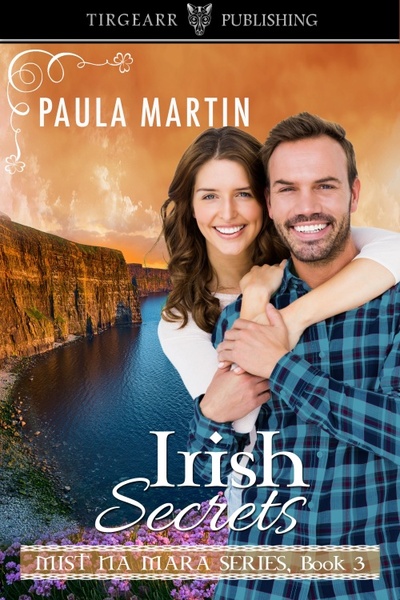 After this trilogy of Irish novels, I contemplated a different setting for my next novel (and even started to write it), but Ireland pulled me back. In this story, the heroine and her friend were setting up a dance and drama school for children, which made it easy to transfer the story to the Mist Na Mara Arts Centre. This story became IRISH DECEPTIONS, with a hero who appears to be deceiving the heroine. 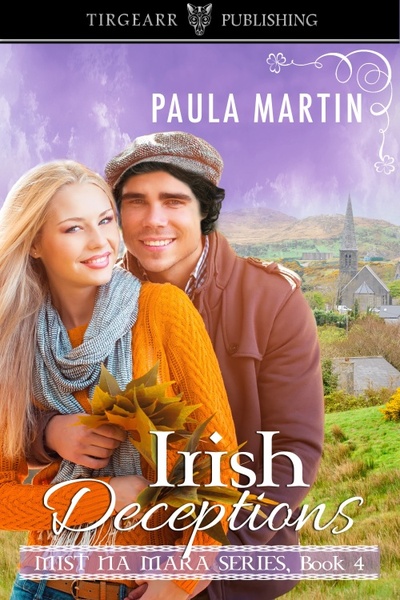 A thirteen-year-old streetwise boy in Irish Deceptions led me to my fifth book in the series, IRISH SHADOWS (to be published later this year), when I realised his mother, (deserted by her lover when she became pregnant at seventeen) had a story to tell. A quick check on the timeline of the series showed me that five years had passed since the launch of the Mist Na Mara Arts Centre – and this gave me my hero, an events manager who arrives to organise the anniversary celebration. Add to that a link to an incident in the Irish Civil War in the 1920’s and the hero’s search for his nephew (his sister’s son), and I had plenty of ‘shadows of the past’ to deal with and resolve.

Although all the stories are ‘stand-alone’ with new heroes and heroines in each, some of the characters from the previous stories do reappear in minor roles, and my readers have told me how much they enjoy ‘meeting’ with ‘old friends’ again. I feel the same, as I have lived with all these characters for the past five years, and Mist Na Mara is as real to me as my own home! 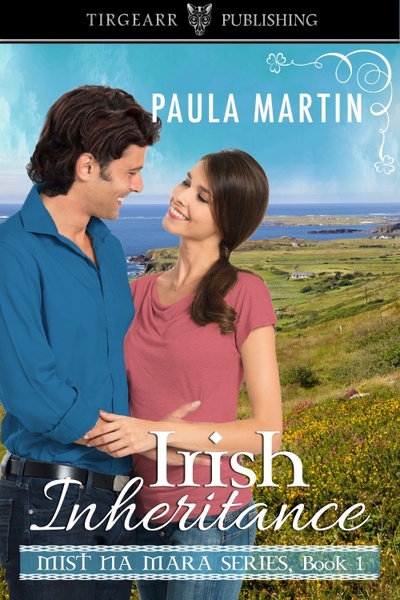 English actress, Jenna Sutton, and American artist, Guy Sinclair, are thrown together when they find they’ve jointly inherited a house on the west coast of Ireland. Neither knows their connection to their unknown benefactress, but they set about unravelling the intriguing tale of a 19th century love affair. Despite their personal reasons for not wanting romantic involvements, Jenna and Guy feel their growing attraction.

When local property agent, Eve Callaghan, appears to have her own agenda, friction builds over Jenna and Guy’s decision about the house and its contents.

Will their Irish inheritance bring them together - or drive them apart?

The white-haired lawyer peered over his steel-rimmed spectacles. ‘A half share of the house, Ms. Sutton. Along with a half share of what, at current exchange rates, amounts to approximately fifty thousand pounds.’

Jenna shook her head and swiped several strands of her hair back behind her ear. ‘I don’t understand, Mr. Moore. Why would this Helena – what did you say her name was?’

‘Why has she left me a house and twenty-five thousand pounds? How does she even know about me?’

‘Ms. Sutton, I can only give you the information passed to me by the law firm of Daniel McGrath in Dublin. We were instructed to find any descendants of James Oliver Sutton—’

‘Yes, and as far as we can ascertain, you are his sole descendant.’

‘Do you know what the link is between this woman and my grandfather?’

‘That wasn’t part of our instructions.’

‘Have you any information about her?’

Mr. Moore pushed his glasses back up his nose and flipped through the papers in the blue manila folder on his desk. ‘Miss Keating was born in 1920 in County Galway, Ireland, and died last year in Dalkey, near Dublin, where she has lived since 1940.’

‘That means she was—’ She did a quick calculation in her head. ‘About fifteen years older than my grandfather.’

The lawyer picked up another sheet of paper. ‘Yes, he was born in April 1936.’

‘I wasn’t aware he knew anyone in Ireland, and I’m pretty sure he never went over there. He lived his whole life in a small village in Kent.’

She couldn’t imagine her grandfather being anyone’s toy boy either. He’d been devoted to her grandmother, so what on earth was his connection with this Irish woman?

Links to all four of my Mist Na Mara novels are shown on my Amazon author page:

And on my Tirgearr Publishing page: http://www.tirgearrpublishing.com/authors/Martin_Paula/ 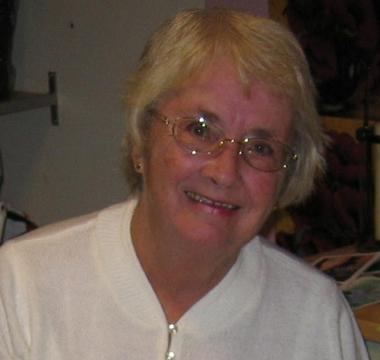 Paula Martin lives near Manchester in North West England and has two daughters and two grandsons.

She had some early publishing success with four romance novels and several short stories, but then had a break from writing while she brought up a young family and also pursued her career as a history teacher for twenty-five years. She has recently returned to writing fiction, after retiring from teaching, and is thrilled to have found publishing success again with her contemporary romances.

Apart from writing, she enjoys visiting new places. She has travelled extensively in Britain and Ireland, mainland Europe, the Middle East, America and Canada. Her other interests include musical theatre and tracing her family history.

Many thanks for having me as your guest today, Lisabet :-)

I love seeing the thread of how each of the books developed. Can't wait to read this next one--good luck!

I love these books and feel as if I know Mist Na Mara, Clifdon and Skellen so well! Looking forward to Irish Shadows very much. Do you think there will be a sixth, or are you ready for a change?

Thanks for visiting, Jennifer. The new one should be coming out soon!

Thanks, Carol. I'm having a break from Ireland at the moment, as my current 'work in progress' needs to take place in England, and I don't have any plans for another Mist Na Mara book - at least, not at the moment! But who knows? :-)

Happy St Paddy's Day. I enjoyed reading the spotlight on these wonderful stories, Paula Martin. They are now on my to-read list.

Thanks, Kathleen! I hope you will enjoy them :-)

I love your books, Paula, for both the HEA romance and for the brilliant settings. You are my armchair tour guide to Ireland.

A good tour Paul! All the best!

Don't you just love it when your stories and characters take the reins? Best of luck with your fabulous books!

Thanks, Ana. So glad you like the Ireland setting :-)

Many thanks, Tegon and Elizabeth :-)

I love that your series evolved 'accidentally'. I love reading a series. That way, when you love the first book, you know there's more.

And as I always say, I love armchair traveling to Ireland with you in your books. Hopefully one day I'll make it there for real! :)

Thanks, Debra. My readers say they like meeting some of the characters again!

Thanks for being my guest-- and for bringing all your fans!

I was behind the Great FireWall, so couldn't access a Google site to welcome you.

Thanks, Lisabet. Glad to see you got through the firewall! :-)