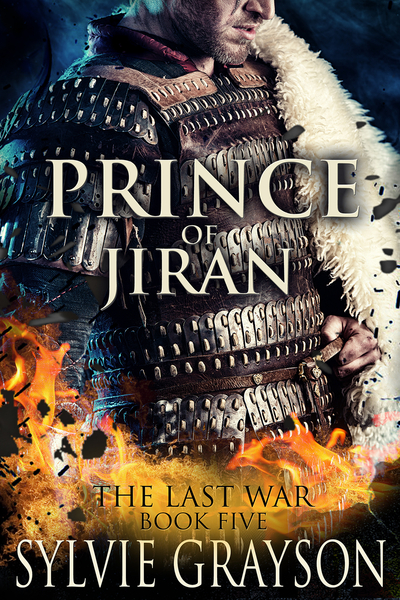 Writing a sci-fi/fantasy series was new for me as a writer. The first think I realized as Book One developed, was that I needed a map. I started out with a couple of countries but that quickly grew and the map kept me straight on where I was in the story—literally. Now I publish it in the front of each book because readers say it has been very helpful. My daughter has drawn it for me and it grows depending on where I get in the next book.

The next thing I worked on was a list of name. many people have noted the names in my books are unique in that they often reflect the character’s occupation. That has been fun, it it’s still hard to keep track of all thes people in a whole new world.

The third thing is new words. Again, I began to develop a list, just to keep the words and definitions straight to ensure I use it the sameway each time. All of this information is in my Last War bible. Each new book adds characters, towns and villages, words. It’s been a lot of fun.

A Penrhy prince caught between duty and desire. Can he win the impending battle?

Shandro, Prince of the Penrhy tribe of Jiran, has been sent on a mission across the mountains into Khandarken to bring back Princess Chinata, a bride for Emperor Carlton’s Advisor.

In exchange, Jiran and the Penrhy tribe are given a peace agreement, protection against invasion by the Emperor’s troops. This seems a good trade, as Carlton is hovering on their borders with his need for more land. However, not far into the journey, it becomes apparent someone is not adhering to the terms of the peace accord. Near the tribal border, Shandro and his troops have come under direct attack from unknown forces.

He digs deeper into Chinata’s background to find strong ties to the New Empire. Is it too dangerous to bring Princess Chinata into Jiran? Or as her escort, does Shandro become her defender against the Emperor’s troops?

It had begun to snow again and the flakes were coming thicker, a steady silent fall that muffled sound and blinded them as they rode. The air was icy against China’s skin. Soon the wind picked up and it looked like another blizzard setting in. She watched Prince Shandro ride ahead to consult with his commander, then rein in and wait for Haggskyll and Boz to catch up. She studied him as he talked with the men, first gesturing toward the women and then ahead to the trail leading through the trees.

He was a handsome man in a very physical way with his broad muscled shoulders, lean frame and golden-brown skin. The attraction to him only got stronger as the days passed.

What would she do when they arrived at their destination? How to concentrate on being bride of the ancient Judson Lanser when this virile young man had guarded her through the mountains, and looked at her with such focussed attention her breath caught in her throat?

There was a muffled shout up ahead, then a sharp bang. The men halted immediately, all attention focussed on the trail before them. More loud roars, and the guards were galvanized into action. Everyone rushed to pull weapons from their harnesses or behind their saddles, and crowd in around the women as others galloped forward into the blinding snow. Shandro moved quickly, riding in her direction and waving at his men.

The men were milling in a circle now, trying to herd the women back the way they’d come. Horses neighed and reared in the confusion. China grabbed her reins in one hand and the saddle horn in the other as her mount sidestepped swiftly and plunged into the mount beside her.

Suddenly new riders appeared on both sides of the churning group. They materialised out of the trees, riding low in the saddle, weapons in hand.

Mass confusion ensued. One of the guards grabbed her bridle, dragging China’s horse around to go back down the trail the way they’d come, and she clung desperately to the horn as she swayed in the saddle. There were more sharp sounds, what must be the firing of weapons although it seemed muffled by the falling snow, and in the milling of bodies she couldn’t see where they were.

Then something hit her, knocking her sideways in the saddle. She reached for the horn but her hand didn’t work. The pain arrived in an overwhelming wave and she cried out low, unheard in the rush around her. Looking down, she saw blood bloom on her cloak and ripple in a slow wave down her arm.

She was falling and someone was bellowing in surprise or rage, a wild cry that followed her down. 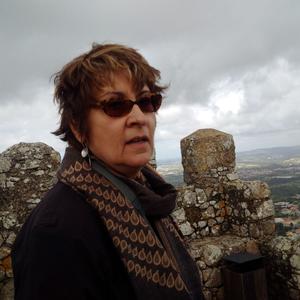 Sylvie Grayson loves to write about suspense, romance and murder and has published contemporary romantic suspense novels, all about strong women who meet with dangerous odds, stories of tension and attraction. She has also written The Last War series, a sci fi/fantasy adventure, the fifth book, Prince of Jiran, newly released.

She has lived most of her life in British Columbia, Canada, in spots ranging from Vancouver Island on the west coast to the North Peace River country and the Kootenays in the beautiful interior. She lived for a year in Japan. She has been an English language instructor, a nightclub manager, an auto shop bookkeeper and a lawyer. She lives in southern British Columbia with her husband on a small piece of land near the Pacific Ocean.

Sylvie loves to hear from her readers. You can reach her at sylviegraysonauthor [at] gmail [dot] com, on her website at www.sylviegrayson.com or on facebook.

Leave me a comment with your email, and I’ll enter you into a drawing for free copy of Prince of Jiran.

I'm in awe of people who can create entire worlds, complete with maps and languages. And I love reading books that do this well.

I too enjoy multiple characters with variety of names and places. But in saying that it's confusing when a main character Princess Chinata becomes China right from the start of the excerpt. Why drop the letters of her name. So yes I enjoyed the excerpt but....mhustvet@ hotmail.com

I enjoyed the excerpt. I love reading a story with world building. Thanks'
debby236 at gmail dot com

Thanks for the comments everyone. And yes, Chinata becomes China to anyone who knows her well. It was fun coming up with the new world, still evolving of course, as Book Six hovers at the back of my brain.
Sylvie