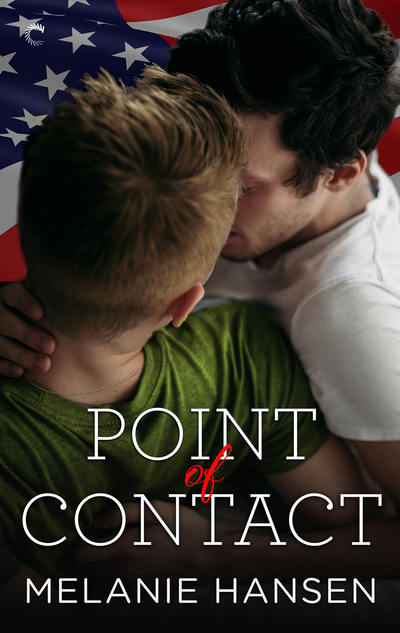 There'd forever been a thread running through Trevor Estes's life—his son Riley, strong and constant like heartbeat. But when Riley is killed in combat, everything in Trevor's life unravels into a mess he doesn't know how to mourn.

Until Jesse Byrne, Riley's friend and platoon mate, arrives on his doorstep with a box of Riley's things. Jesse's all-too-familiar grief provides an unlikely source of comfort for Trevor; knowing he's not alone is exactly what he needs. Trevor never imagined he'd find someone who fills his heart with hope again. As the pair celebrate Riley's memory, their unique bond deepens into something irreplaceable—and something neither man can live without.

But diving into a relationship can't be so simple. Being together means Trevor risking the last link he has to his son...leaving Jesse to wonder if he'll ever be enough, or if Trevor will always be haunted by the past.

Jesse tried it, and soon they were laughing, trying to top each other’s skywriting artwork, running through the box of sparklers until they were down to the last few.

Finally Trevor sank down on the stone bench, holding his aloft and looking up at the sky. “I miss you, Riley James. I love you.”

Jesse hoisted his sparkler up, too. “Miss you, Riles.”

Jesse headed inside, amused at the sight of Trevor making himself at home by brewing some coffee. His brown hair was flattened on one side, sticking up on the other, and he had a red crease in his cheek from where it’d been pressing against his hand.

Trevor was wearing an old pair of jeans that hung loosely on his thin frame, and a T-shirt with the sleeves pushed up to his elbows. His hands were long-fingered and graceful, and Jesse noticed with a jolt that he was wearing Riley’s watch, the oversize face almost swallowing his slender wrist.

The memory of Trevor stroking his tattoo a few hours ago sent another wave of inappropriate desire surging through him, and Jesse gulped. Jesus, get a grip! I’m his son’s friend! He won’t ever see me as anything but a kid.

And why should he? Besides Trevor being older, and way more experienced, he was dealing with a ton of emotional baggage, not the least of which, his recent breakup with the man he’d intended to marry, for fuck’s sake.

Get a grip, asshole. Seriously. He’s way out of your league and the last thing he needs is some stupid kid mooning over him. What he needs is a friend. 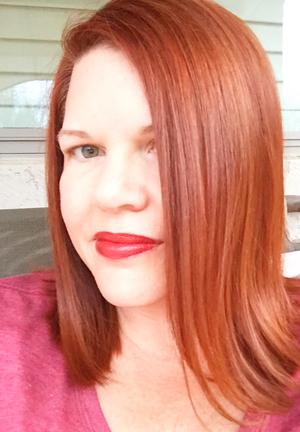 Melanie Hansen likes to consider herself a cynic, but at heart she’s a hopeless romantic. Every morning she gets up before dawn to spend time with her characters, creating stories that are deeply emotional, sometimes heartbreaking, but in the end where love always wins. Melanie’s proud of the fact that two of her books have been named as RT Book Reviews Top Picks.

She grew up with an Air Force dad, ended up marrying a Navy man, and has lived and worked all over the country. Melanie hopes to bring these rich and varied life experiences to her stories about people finding love amidst real-life struggles.

Melanie will be awarding a $50 Amazon or B/N GC to a randomly drawn winner via rafflecopter during the tour.

This sounds so heart-rending, Melanie.Thank heavens these guys get a HEA.

I love military stories, especially when it's about a military man and romance. Probably comes from having been married to a soldier.

Thanks, everyone! This is a story very near and dear to my heart :) Lisabet, thanks so much for hosting me today!

Ooh. Sounds heavy, but lovely at the same time.

This book sounds wonderful. Congrats on the new release!

This one definitely appeals to me!

A great blurb and cover.

This sounds like my kind of book. I can't wait to read it.

CONGRATS ON THE NEW BOOK! It sounds like sad read but I love the idea the two MC's can help each other heal.

I’m so happy to see everyone stopping by! Thanks for entering my giveaway ☺️❤️

A story sure to tug at your heart strings! And I'm curious to see how the age gap works between the two leads.

I am looking forward to reading this. I love all I have read so far. (jozywails@gmail.com)

What an interesting concept. I'm interested to learn more.

Sometimes, even if you haven't finished reading a story, you already know that it'll stay with you for a long time. This story comes close second with your Signs of Life, Mel. Thank you. <3