The Courage to Take Another Chance

The statistics about physically and emotionally abused women in relationships is scary. Getting out of such relationships is almost as frightening. It is easy for someone not in the situation to give advice, or almost to belittle the abused person because they don’t get out of the relationship. The outsider isn’t “walking in their shoes,” living in their life. Too often the self-confidence of the abused women has been destroyed. Finding the courage to take a chance on leaving a harmful situation can be difficult.

In Trusting Love Again, the heroine was such a woman. Before the abusive marriage she had found herself in, Toni had been an outgoing, upbeat, impulsive young woman. She was one of far too many women who were blinded by falling in love with the wrong man. She paid the emotional price for making a bad decision. Her problems were made worse because she felt guilty and then began losing the self-confidence to stand up for herself. But she did finally find the inner strength to get out of the traumatic marriage and found the determination to rebuild her life. Trusting another man, trusting herself to fall in love again…enormous steps for her to take.

The hero, Chad, hadn’t suffered in the way Toni had in his previous marriage. But his trust in a woman he’d thought he loved had been shattered. He, too, had married the wrong woman, trusted her with his heart and with being in an honest relationship. They grew apart, which often happens. She decided she wanted to pursue a career that would take her somewhere else. Her announcement blew apart his dreams of their having a family together and living contentedly in the town where he had a law practice. She was all too anxious to step away from a marriage that would hamper her plans and he didn’t want to hold her back. Heart-wounded, he agreed to a divorce. He was further wounded when his ex-wife admitted after the divorce hearing that she’d had an abortion for a baby he hadn’t known about. Trusting another woman, falling in love again…enormous risks for him to take. 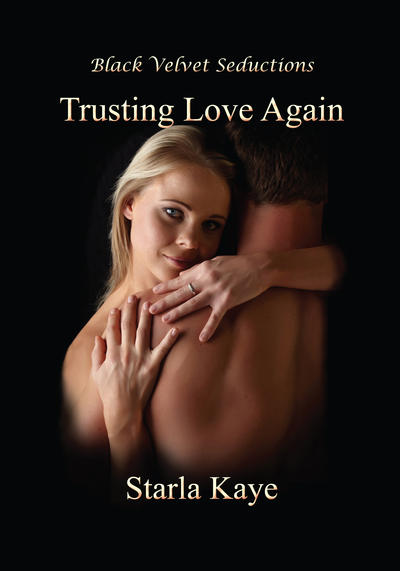 All she wants is to start over, live a peaceful life…

After an abusive marriage and an ugly divorce, Toni needs to rebuild her self-confidence and start a new life in her hometown. Going home again and confronting people she’d hurt when she’d left is never easy. She’d hung onto the idea of buying a long-abandoned old house and remodeling it to help her recover. But a man from her past has recently purchased it for his business. That’s her emotional breaking point and she does something reckless. Now she must pay the legal consequences of her foolish actions…by working for him.

All he wants is to focus on his work…

Chad’s job as a lawyer working to protect the rights of the abused elderly consumes his time and energy. It cost him his marriage and an aborted child he hadn’t known about. Now he works harder, guards his bruised heart. Yet the return of someone he’d held secret feelings for comes back to town. She upsets his world, starting with minor destruction of his business property and causing him minor injury. He shouldn’t become involved in helping this troubled woman, yet he can’t keep from doing so.

“I guess it’s time to get started.” He stroked his thick shaft while she shivered with anticipation. Their gazes met and he gave a wicked grin. “Thank you for letting me do this.”

He stroked himself again, then guided the cock until it touched her pulsing, swollen lips. The sight was exciting to watch, but she had to turn her head away. She didn’t want him to see how badly she wanted him. It would be there in her eyes, she was certain of that. She braced herself mentally and physically. And waited.

But he didn’t keep her in suspense for more than a second. He gripped her hips with his big hands and the elastic bandage rubbed lightly against her. She barely had time to think about it before he drove deep inside her.

“Ohhh. Oh my,” she gasped at the fullness.

“Are you all right?” he asked in concern. He held still in her body and she quickly adjusted to the thick invasion.

She pressed backward and his balls met her bottom. She shivered, longing for more.

“I take that for a ‘yes.’” He pulled nearly out as she moaned in disgruntlement. He chuckled and thrust deep once more. “Demanding woman, aren’t you?”

Every inch of him smoothed against her sensitized skin, rubbed places inside her in such a delicious way. But a demanding woman? It had been a long time since she wanted a man to have his way with her. Stanley’s way had never been enjoyable, at least not for her. A thought which annoyed her. Stanley was in her past. Chad just might be her future. An idea that worried her.

Enough thinking about that! “How about speeding it up a little?” she beseeched, quivering all over.

“Yes, ma’am.” He began driving back and forth as she’d requested. His grip on her hips tightened and she heard his heavy breathing.

A part of her braced for roughness, for his undeniable power over her. Not Stanley. Remember that.

He eased back on the rhythm, moved more gently. “I want this to be good for you, Antoinette.”

She could sense how much this slowing down was costing him and that knowledge endeared him to her even more. He wanted to make her climax first. Another special gift from him. The notion, along with the steady drive in and out, touching the most intimate part of her, had her panting. She squeezed her eyes shut as the sensations built. 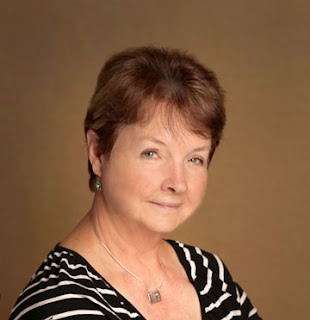 She enjoys writing about strong-willed, independent women who butt heads with equally determined, self-confident, and slightly domineering men. Her belief in relation to her heroes is to find them their perfect match, but make him really work for the happily-for-now or happily-ever-after with the woman who wins his heart. Of course, she likes her heroines to be challenged as well. Love isn't easy.


Giveaway! Use the Rafflecopter below to enter my drawing. You could win this Christmas stocking and cute box of Post-it Notes. Happy Holidays! 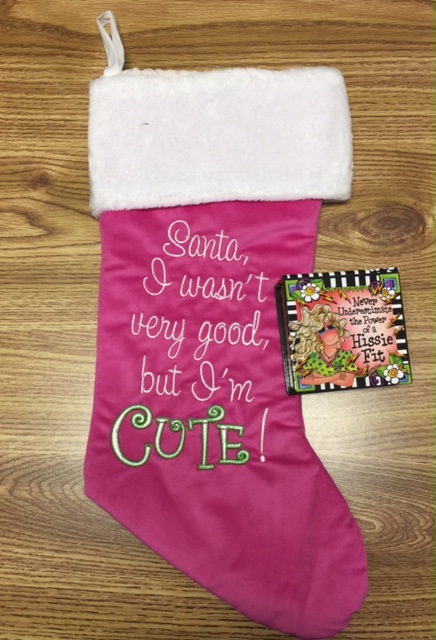 Thanks for your insightful post. I have one close friend who was terribly abused by her first husband. It has taken her years to recover. I hope this will be useful for some visitors.

Good luck with the book. And thanks for the giveaway, too!

Thanks for having me here today. Yes, I have a friend who also suffered abuse in her marriage, both physically and emotionally. You can't judge another person for why they stay in such a relationship. There are reasons. But I was so happy when she found the inner strength to walk away.

thank you for the wonderful post today. not enough people take a stand for domestic abuse survivors.
trvlagnt1t@yahoo.com

It's kind of like a dirty little secret, which is so wrong. Thanks for commenting.