I'd like to thank Lisabet for inviting me back. I’m excited the share my first holiday story entitled Mistle Tow. But be forewarned, if you’re looking for a mushy sentimental, carol-filled, tree-trimming, tinsel clinging, twinkling lights and sweet togetherness kind of story, that’s not what this is.  It’s really only a holiday story in the sense that it takes place over the Christmas season.

Have you ever had one of those years when you wished you could just avoid the holidays altogether? A wake me when it’s over kind of feeling. Everyone else is joyful and festive and you just want to bah humbug the entire season.

I think we all have. Whether, it’s just been a crappy year all around and you’d just like to forget it, or maybe finances are an issue (when aren’t they?), illness, or perhaps you’re dealing with a break up and facing the season alone for the first time in a long time. The thought of watching all the happy couples around the supper table is the last thing you want to endure.

That’s what Brant Holley is coping with this year. He’s determined to put the past behind him and avoid the holidays all in one fell swoop.

The last thing Brantley Holley wants to do this year is spend the holidays at home with his family.

In an attempt to move on from his failed marriage, Brant places the marital home on the market and also decides to clean house, ridding himself of any and all reminders. Although it wrecks him to do so, that includes selling his beloved ’66 Chevelle, which may also have contributed to the demise of his marriage.

Brant puts his baby up on the auction block at one of the premier auction houses— the auction to be held over the holidays. But instead of racking up needless extra miles on her, which might be a detriment to potential buyers, he hires a flatbed tow truck to convey his precious cargo from Philadelphia to Arizona.

But when the rollback shows up, Brant is totally unprepared for the sexy blonde bombshell in the red Santa hat, who steps out of the massive red tow truck.

All of a sudden, the holidays are looking a whole lot more festive.

After filling up on food and fuel they were on the road again. The light, fun, and teasing banter continued, often turning quite sexual in nature.

By the time they finally stopped for Kin to rest, Brant was pretty keyed up.

Same as the night before she started out on the other side of the truck, but she was restless.

She cracked and eye and squinted at him. Invitingly, he spread his arm out.

With a sigh she switched ends.

Brant reached over and floated his hand over her forehead softly then stroked into her hair.

“No.” She sat up, bringing her knees up. She sat close to him. “Not with you touching me.”

Rebuked, he set his hands in his lap. “Sorry.”

But as she continued to look at him, what she’d meant became clear. “Not when you’re anywhere close to me.”

His cock lengthened. He wasn’t the only one fighting the overwhelming attraction.

With his index finger, he reached over and moved her hair from her forehead.

Directly over her shoulder, on the hook, the little piece of mistletoe attached to the pompom on the Santa hat, goaded him.

With the same finger, he gave the sprig a little flick. It danced over her head.

Brant then softly traced the line of her full bottom lip with his thumb.

Ever so slowly, he leaned in. Kinley remained utterly still. Brant softly kissed her lips then immediately backed away. Giving her a chance to put a stop to this. He’d give her the choice. But he wanted this badly. It would be torture to stop, especially when they had so many miles yet to travel together, but he would.

“This is probably the stupidest decision either one of us has ever made,” she whispered.

It was all the encouragement he needed. 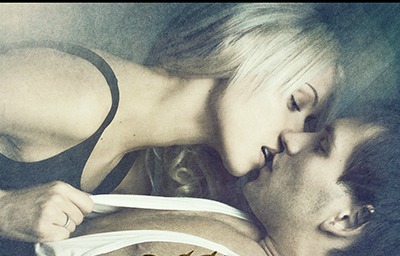 T'is the season of giving. I'll be gifting one of my other Evernight Titles.

Winners choice, whichever tickles your fancy. Click on the links to read the blurbs.

Instead of sharing a Christmas you'd like to forget, share with us what you're most looking forward to this year. Time off, seeing family/avoiding family, good food?

I'm looking forward to having all three of my children under the same roof again, even if only for a short time. Nothing feels more right.

Leave us a comment and an email address to enter.
Merry Christmas, Everyone. Wishing you all the blessings of the season.

Thanks for being my guest, and for your generous giveaway.

So I'm wondering, did the title "Mistle Tow" come first, and then you wrote the story around it? Anyway, I love it!

Sounds like a great read. I would love to win!

I am looking forward to my family. We lost some this year and they will be missed, but cherish those left.
debby236 at gmail dot com

seeing family :) thanks for the fun spotlight and congrats on the new release!

Hi Lisabet,
Thank you so much for having me back.
The story came first actually. For a while it was working titled Brant and Kin after the characters.
Merry Christmas!
PS Readers, Lisabet is spotlighted over on my blog today (we've blog swapped) Stop by for a tease from brand new, A Contract for Christmas, with Isabella, Greg and James.

Hi PA, thanks for stopping. Good luck in the draw.
Happy Christmas.

Hi Debby. It's always tough those first holidays without loved ones. Wishing you a blessed time with your family.
Thank you for stopping to comment.
Blessings.

Hi Erin. Thank you! Good luck in the drawing.
Wishing you a lovely holiday!

I love the synopsis of this story! Big fan of sexy women doing what are considered "men's" jobs. I think I'd really like to read Next Weekend if I win. My email is nikkivanderhoof@gmail.com.

Thank you, Nikki. It's not often you see a female tow truck operator, for sure. Let's hear it for the girls! :) Thanks for stopping and commenting. Happy Holidays!

Wishing you a lovely Christmas with your family, Colleen. That pumpkin pie sounds pretty good too! Cheers!

I'm in a Bah Humbug frame of mind this holiday as well. The US Army sent my husband to Korea right before Thanksgiving and then I had to cancel my plans to go see my mother. I'm not having a good holiday season this year. Have a happy holiday season. kimberlydtalbot@gmail.com

Ah, Kim, I'm so sorry you'll be without your husband and had to cancel your plans with your mom. The sacrifices made for our security is often forgotten. We thank you and your husband both for your service. Prayers of a safe and swift return for your hubby, Kim, and wishing you the blessings of the season. Take care, Kim.

Hi Trix! I know what you mean. I have list upon list and still forgot things. Ugh! That sounds good to me too. My daughter and I always love watching he juniors on Boxing Day as well. Happy Christmas!

Mistle Tow sounds like a good read. I am looking forward to spending time with family, especially my mom.
emmasmom69 AT gmail DOT com

That's what it's all about, bn.
Happy Holidays!

Thank you! My mum is with us for the holidays this year too along with my kids. Cherishing the moments.
Have a wonderful Christmas!

Going to my daughters for Christmas. Hope you have a great one with your family.

This looks awesome!I'm looking forward to having a day off with my family.

Have a great holiday!

Thank you all for stopping by and commenting and thank you, Lisabet for hosting.
I've chosen a winner with the help of random.org.
And the winner is Colleen C. I'll be contacting you shortly, Colleen. Hope everyone is enjoying the holiday.
Wishing you all a Happy, Healthy and Prosperous New Year!
Cheers!
H K