Sympathy for the Jerk

A few months ago I told a friend that I’d bought three books weighing a total of fifteen pounds.

There was Norman Mailer’s Harlot’s Ghost at 1300 pages, Call Me Burroughs at 500 pages, and The Life and Times of Pancho Villa, around 1000 pages. I had shown him these tomes in curious anticipation of his reaction to the sheer size of the volumes. But he proved to be more interested in who had written them and who was written about. Perhaps ‘interested’ isn’t the right word. Maybe ‘aghast’.

He said, “Mailer? That chauvinist asshole? The way he writes about women? All his females come off detestable. Plus, William Burroughs shot his wife. He was a junkie. Why would you read about such awful people? Pancho Villa was a terrorist.”

I don’t have to like characters to find them fascinating. Nor do I need to like a writer. I need to like the writing. Mailer has written two Pulitzer Prize winners. Not many writers have accomplished that. Christ, don’t look to an artist expecting to find a role model. Think about it. It’s one of those generalizations that seem to hold true. The most imaginative artists can be the most bereft of social graces. The productive, destructive, objective, subjective all play a part in artistic expression.

One reason I refer to the subjective/objective dichotomy is that, according to Wikipedia, “Gonzo journalism” is reportage without benefit of objectivity. Of course, when we hear the term “Gonzo” we think Hunter S. Thompson, far from anybody’s idea of a role model. But he sure is one kinetic writer.

The term “Gonzo” has layered implications of a sex, drug and alcohol fueled, out-of-control rant. Though I attempt to piggyback on Thompson’s intense drive, only one of my stories ever mentions drugs. My characters come unglued by sex alone.

Not that I equate my scribblings with the talents of Thompson. I am influenced, however by his bombastic delivery.

In going over reviews of my short story anthology, Daddy X - The Gonzo Collection, some divergent remarks stand out from the rest. Several 5-star reviews complimented the work on characters and characterization. The worst critiques said they couldn’t relate to the characters and they couldn’t imagine who would. Sounds subjective.

So far so good. 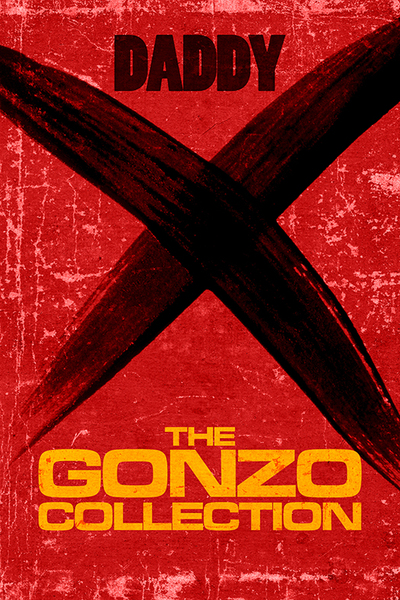 I have a recurring player, Delbert. Po’ white trash. Not that there’s anything wrong with that. Have sympathy for the jerk.

Delbert is a player in two stories from “Gonzo” and I have several others featuring him and his friends, who tend to be a little smarter than Del. But not by much. Delbert’s friends are often considering an about-face toward personal responsibility. We know Del’s cohorts as guys who attempt to corral what’s amiss in their lives but have their slips. They get led astray by their reprobate pal.

Delbert is one of my favorites. He's one giant ass who makes everyone around him look good.

Here’s a flash fiction piece to introduce you:

“You should see this chick I got over here, man. Total nympho.”

“She over there now?”

“Yeah man. C’mon over. You won’t believe this shit. Met her at that biker bar outside town. She was blowing dudes behind the pool table.”

“She’s still at your place? She didn’t run away screaming when she walked in that shithole?”

“You’re not the greatest housekeeper after all.”

“Aw, that’s cold, man. Here I am—telling you about this fine piece of ass—and you do me like that? Some fucking nerve. Besides, she was pretty drunk. Didn’t notice the mess.

“Ah, so now it comes out. You took advantage of another one, didn’t you?”

“She wasn’t that drunk; at least not at first.”

“And what about later? You fucked her all night, didn’t you?”

“Yep. As many times as I could. In every hole. Jerked off in her hair too. She just slept through it all.”

“You fucked an unconscious woman? What the fuck’s wrong with you, Del? What she say when she woke up?”

But have sympathy for the jerk. It’s what convinces Del’s other buddy, Jeff, to pronounce—in counterbalance to Delbert’s blatant misogyny:

…Tammy was the first woman I’d allowed to take the reins in our sex. First one to bring out something in me I hadn’t known existed, not within my sphere of experience.

Tammy made love; she didn’t fuck, not just for the sake of fucking like all the other girls. Girls in back seats, girls on the hood of the car, girls out by Funky Lake, where the chemical company dumped their waste. The only kids to swim there were those who were never taught the source of the water. If you even wanted to call it water at all.

Out in the warm night air, on my back on a blanket spread over a patch of yellowed grass by the foul lake. Tammy straddled me, lowering her bottom, taking me to the hilt. She writhed astride me, transfixed in ecstasy, the round yellow wash of a full moon illuminating her pale, angelic features. Tammy has a way of knowing herself, her own anatomy, finding every inner nook and cranny by leaning or twisting her loins and torso in particular angles, swaying, manipulating the bulb of my penis to some obscure pebbly pocket within her. She leads.

For the first time in my life, I wished the woman I was fucking would come.

~ from “Jail Bait”, available in The Gonzo Collection.

So, do we need villains to contrast with our heroes? Perhaps to present the dark from which light can emerge.

Can you enjoy a story even when the characters are despicable? Or do you have to like the characters to like a story? Leave me your answer in a comment below (with your email, please) and you could win a print copy of The Gonzo Collection, autographed by Daddy himself! 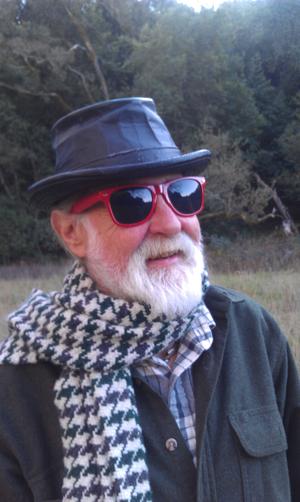 Daddy X always wanted to be a dirty old man.

He survived the 40’s, 50’s, 60’s, 70’s, 80’s, 90’s, and George W. Bush. He maintained an (almost) steady trajectory through Catholic school, a paper route, muskrat trapping, a steel mill, Bucks County, the Haight Ashbury, North Beach, the SF bar business, drug addiction, alcoholism, a stroke, hep C, cancer, a liver transplant, a year of chemo, a stickup at his art gallery while tied to a desk (not as cool as it sounds), a triple bypass, heart attack… and George W. Bush.

Now he’s old, and it’s time to get dirty.

He’s been with Momma X (greatest editor on earth) over fifty years, but she thinks his stuff is too skievy to deal with. They live in northern California with a ninety-pound lop-eared hound (17” wingspan) and two cats.

Daddy is published in anthologies by Naughty Nights Press, House of Erotica and in Cleis Press’ Best Bondage 2015. Insatiable Press will feature a Daddy story “Someone for Everyone” in their upcoming “First Times” anthology.

The Gonzo Collection is published by Excessica.

“The only ones who really know the edge are the ones who have gone over.”  Hunter S. Thompson.

Look forward to “Brand X”, coming out through Excessica on April Fool’s Day 2016. Some kind of serendipity there.

I will be one of six erotica writers reading at the San Francisco Center for Sex and Culture on Saturday Dec. 19th, an M. Christian event: “Leather, Lace and Lust”.

Read my fortnightly posts at Oh Get A Grip where I blog with nine other Erotica and Romance writers.
www.ohgetagrip.blogspot.com

Check out The Erotica Readers and Writers Association website where I serve as flash fiction editor, choosing Flashers for the quarterly Gallery. http://erotica-readers.com

Email ThisBlogThis!Share to TwitterShare to FacebookShare to Pinterest
Labels: Daddy X, despicable characters, Erotica, over the edge, The Gonzo Collection

Welcome to my corner of the blogosphere!

I know a lot of readers, especially romance readers, will stop reading if they don't like a character. For me, it depends more on whether the character is interesting.

Yep. But what I write is hardly "Romance". Rather... ahem... beyond?
But, point taken. I have a hard time with goody-goody characters.