This tale begins: “I get into trouble at weddings.”

It’s true, too. There’s quite a lot of my own history in this M/M/F tale (though not, unfortunately, the M/M part!).

Anyway, I hope you enjoy the snog. If you’d like to read the whole story, all you have to do is ask—just request the book in a comment that includes your email address and I’ll send you the PDF, complete with my cover!

By the way, there are lots more lovely kisses waiting for you over at Victoria’s place. I hope you’ll head back there when you’re done with my snog. 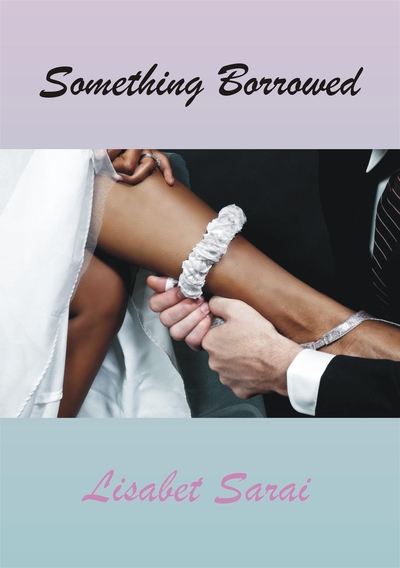 Mark stood next to his lover, waiting for the other man to finish. Scott was significantly taller than Mark, with a more rugged build. I wondered whether the difference in stature was a problem when they were in bed together. Then I found myself wondering who played the more active role. The mental questions, and the images they evoked, made me wetter than ever.

Finally Scott delivered the punch line, to much appreciation. Mark tapped him on the shoulder. “Scott, baby, there’s someone I’d like you to meet. This is Delia.”

“Charmed, Delia” said Scott in that deliciously low voice. I found myself believing him. His hand as he shook mine was cool, with roughened skin. My pussy tingled. He didn’t have quite the effect that Mark did, but he was definitely handsome, with the chiselled features of the Marlboro man and the build of a wrestler.

“Delia’s a computer science professor,” Mark continued. He rested a casual hand on my shoulder. I squirmed at the effects of that slight contact.

Scott’s smile was slower than Mark’s but equally broad. “Computers! I can barely manage to get my email,” he quipped. “I run a fishing charter service out of Marina del Rey.”

“How interesting.” I cringed at my own stupid response, but what could I do? The only thought in my head was how much I wanted to tear Mark’s clothes off.

“Maybe Scott could take us all out to Catalina some time.” Mark smoothed over the awkward pause. “Delia’s from LA, too.”

“I’d be delighted. Any friend of Mark’s is a friend of mine.”

Not exactly a friend, I considered saying, but Mark spoke first. “So have you seen the rest of the house, Delia? It’s fantastic. Scott and I are staying in the turret room. Amazing. Come on, we’ll give you a tour.”

“I don’t know--“ I began, even as Mark took my hand and pulled me towards the stairway. “I’ve hardly talked to Jill.”

“Yes, but...” It was useless, though. We were already at the first floor landing. Mark’s figure above drew me like a magnet. I watched his butt shift under his slacks as he climbed and knew I’d have no peace until I saw those full cheeks naked. Scott was one or two steps behind me. Despite his orientation, I could swear I felt his gaze lingering on my ass.

By the time we reached the third floor I was panting, and not from the exertion. Mark threw open the door. I had no time to appreciate the canopy bed or the view out the curved window. Even before Scott flipped the bolt, Mark was on me, hands groping at my tits while his mouth devoured mine.

All his suave self-confidence was gone. There was nothing but raw hunger. He plunged his tongue into my mouth, forcing me to open, taking me over. His force, the power of his need, made me weep. Meanwhile he pinched my nipples through the silk of my dress. The tiny pains sparked like lightning along my nerves. My pussy clenched and shuddered with each strike.

I felt the air stir behind me. Cool hands drew my zipper down my back, past my waist. The same hands slipped inside the loosened sheath to cup my bare breasts, stroking and kneading the swelling flesh. Calloused fingertips twisted the sensitive tips. Pleasure raged through me, snapping me into an arch that pushed me against Mark’s hard body.

I would love to read more of Something Borrowed. Thank you so much.
orelukjp0 at gmail dot com

I would love to read more of Something Borrowed. Thank you so much.
orelukjp0 at gmail dot com

I definitely want to read more.. This excerpt totally pulled me in. My email is
tawania@me.com

ooooh... this snippet definitely caught my attention ;) thanks for sharing and I would love to finish the story!
efender1(at)gmail

I would love to read this book. Thank You

I forgot the email rasco630@yahoo.com

I would to finish the book
horseunicornkey@aol.com