[Today I've got romance for you with a Southern flavor. See the end for information about Jennifer's contest! ~ Lisabet] 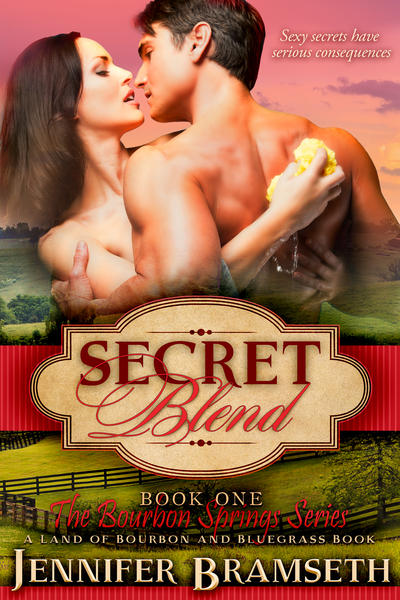 When longtime courtroom rivals Rachel Richards and Brady Craft get appointed to the bench in Bourbon Springs, Kentucky, tempers flare as they are forced to share chambers.

Working closely with the obstinate-yet-sexy Brady is not an attractive idea to Rachel—although she has to admit that Brady himself is pretty damned attractive.

Rachel doesn't have to run for office to keep her judgeship, but Brady does. He draws a formidable opponent, Hannah Davenport, a wealthy co-owner of Old Garnet Distillery, where some of the finest Kentucky bourbon is crafted north of town along Old Crow Creek and near the historic springs which gave the town its unique name.

And Hannah just happens to be Rachel’s best friend.

As the judicial race heats up, so does the relationship between the judges—so they decide to keep it a secret.

But can any secret be kept in little Bourbon Springs, Kentucky?

SECRET BLEND is the first book in the Bourbon Springs Series, an upcoming nine-book series of smooth, sensual, sexy, slow-burn contemporary romances set amidst the lush and rolling Land of Bourbon and Bluegrass of central Kentucky.

Upon a glimpse of his shorts, she saw the reason for Brady’s sudden affinity for standing in a freezer and pressed her lips together, trying not to laugh.

“Maybe you should go in the back of the store,” she suggested. “I think they have the big freezers back there.”

“I’d rather stay here,” he said in a low voice. “The view’s better.” Brady’s eyes raked over Rachel’s body.

“I’m pretty sure you’ve seen an even better one.”

“Indeed I have,” he said. “And recently. Very recently.”

“And would you like to see that view again?” she asked. She saw him swallow and knew she’d gotten the better of him.

He leaned forward and whispered. “I happen to know that if we weren’t in the middle of the grocery store, Judge Richards, I’d be looking at that view right this very minute.”

She sucked in a breath but soon recovered. “I would think,” she said, “that you’d be doing more than simply looking, Judge Craft.” She put a finger to her chin and looked up. “How do I put this? I think you’d be enjoying. But I’m not talking about merely the view.”

He moved closer to her.

“If I had you back where we were—” he looked at his watch “—eight hours ago, Judge Richards, we’d both be enjoying ourselves. I’d certainly enjoy the view of you writhing under me again as I—”

“Judge Richards, Judge Craft,” said a voice from nearby.

Brady and Rachel fell away from each other and looked to see the Commonwealth Attorney, Eleanor Giles, standing and staring at them.


Barnes and Noble (FREE for a limited time!)

Amazon (only 99 cents, for a limited time!)
http://www.amazon.com/Secret-Blend-Bourbon-Springs-Book-ebook/dp/B00YV666B6 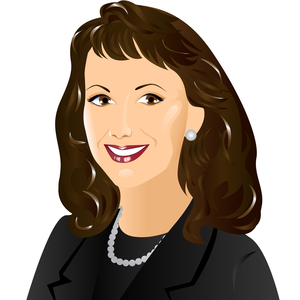 Jennifer Bramseth is an attorney in the active practice of law in the Commonwealth of Kentucky. A Kentucky native and life-long resident, she lives within ten minutes of the state’s oldest bourbon distillery and works within five minutes of two others. A graduate of Centre College and the University of Kentucky, she loves a good Kentucky bourbon with water and ice.

The author will award a $25 Amazon/BN gift card to a randomly drawn winner. Use the Rafflecopter widget below to enter. You can enter at every stop in the tour. For a complete list click here.

Thanks for hosting! Readers, the book is now FREE on both Amazon and BN!

Hi, this is Jennifer Bramseth, author of SECRET BLEND. Thanks for having me here today! Overnight, the book went free on Amazon, so please consider grabbing a copy. The next book in the series, FILTERED THROUGH BLUE (Hannah and Kyle's story), goes live on Sunday, June 14, 2015--that's National Bourbon Day. Thanks again!

Welcome, Jennifer! Thanks for being my guest, and the best of luck with this release and the later books in the series.

I used to be a big bourbon fan, actually, though I haven't had any in a while. Maybe I should remedy that!

Congrats, Jennifer. I going get my copy now.

Thank you so much for sharing the links to the book... appreciate you sharing!

Sounds like a very good book. What is your favorite genre to read or write?

Looks like an interesting read...the cover does suggest some steamy moments =)