How to Help Nepal 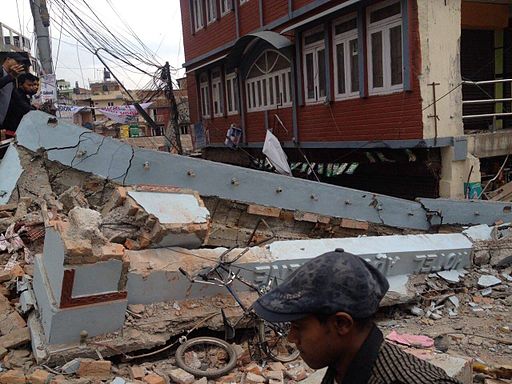 It has been six weeks since a 7.8 earthquake devastated the mountainous, impoverished country of Nepal. The horrific stories and shocking photos have mostly disappeared from the news, replaced by fresher crises. But the Nepalese continue to suffer, trying to rebuild their shattered homes, schools and hospitals while mourning the thousands who died in the catastrophe.

The 200 page collection features fifteen marvelously different vampire stories that break the stereotypes of the ever-popular genre. To whet your appetite, I’ve included mini-excerpt from four of them below.

I hope this post stimulates both your libido and your conscience.

Coming Together: In Vein is available in print and all popular ebook formats. For a full list of buy links, visit the Coming Together site. 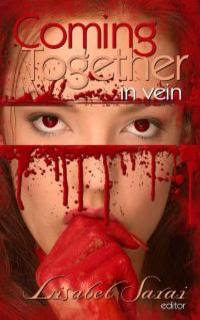 In the pitch black sanctuary, iron nails popped from the knotted planks and dropped to the floor like heavy tears. The casket slid open with a whisper and the raven-haired woman sat up. She gazed around the room, her eyes easily distinguishing objects despite the lack of light. The smell of piety assaulted her senses, singeing her nose. The life-sized cross above the pulpit caused a hiss to sizzle from her ruby lips. But she had been invited in, and none of the trappings of religion could hurt her tonight.

She jumped from the coffin, her landing graceful and cat-like, and then Mab slipped silently through the church.

Michael tossed to and fro on the bed, his sleep tortured. She watched him for many minutes, savoring the long-awaited sight of him – reveling in his imminent capture.

Her arms had not been enough to hold him when she was human. Her love was no match for the love of his God. But she had waited patiently, allowing his guilt and celibacy to wear on him. This night was destined. The moment tasted finer than blood. Her body would be the only altar he would worship at from this point on. The excitement humming through her was akin to the pinnacle before an orgasm. She knew bliss was moments away, but planned to draw it out. She would enjoy every succulent morsel of Father Michael’s corruption.

~ From “My Soul to Take” by Kimber Vale

I stride to a shadowed corner and watch for food. The rhythm of the music brings a booming to my brain as my eyes slide along the flesh exposed, watching for that look, that swiftly beating pulse in his throat.

Whispers begin as I am glimpsed by the regulars, and I know all it will take is a crook of my head and a smoldering gaze. It's too easy here. I am not seen. I am simply a fantasy come true, made all the more fantastic by my refusal to be showy in dress or demeanor. A growl of disgust rolls through me. I choose my meat, a tall broad-shouldered goth boy with long black hair and a carefully trimmed beard. I draw him to me, and lead him out to the alley. He thinks this is a quick fuck, and drops to his knees. My hand grips him by that delicious hair and yanks him up, tossing him against the wall. I want to savor this meal. He needs to last.

I pull out my blade and show it to him. His eyes widen and he whispers, "My safeword is chocolate." I am surprised. Most who frequent the fetish scene know nothing about real BDSM. That these are the first words out of his mouth shows that there may be more to this boy than I thought. I stand still, watching him. He is older than I had first surmised, at least twenty four. The little leather he wears is well kept, his belt clearly conditioned and his boots cared for by a loving hand. He is motionless, knees slightly bent, shoulders back, offering me his chest. His pulse is not rapid, but his eyes eat up the knife and his lips are slightly parted, as if all he wanted was to take my blade down his throat.

~ From “Willing” by Xan West

In the narrow alley behind the saloon I moved along stealthily, listening, trying to make out which upper room held Jess and her customer. A forced giggle through the first window was clearly from one of the other girls. On the far end, though, sounds so urgent and guttural they made my innards clench struck me like a brutal blow. They were hard at it. Jess’s soft, high moans that I remembered so well could be heard in between the man’s deep grunts of extremity. When those finally tapered off I could still hear Jess, her cries oddly muted now, as if her mouth were pressed to him.

I was in such a state of heat that I could’ve rubbed myself off right there, but my need to get to Jess was even greater. The alley was so narrow here that the low shed in back was scarcely more than an arm’s reach from the window, so I hoisted myself onto its roof and looked across.

The light of an oil lamp showed Jess’s bowed head as she knelt beside the bed, and just a glimpse of the now-quiet man. By the tremor of her naked back and shoulders she seemed to be sobbing, whether in grief or pleasure, but at that moment I didn’t care which. I just hungered to feel her touch on me, her mouth crushing down hard where my pounding need was so intense it burned, her fingers squeezing into flesh demanding to be unbound, her rounded buttocks filling my hands.

Then she raised her head, and I saw her wipe a trickle of blood from the corner of her mouth. The brute had hit her! She saw me at just the same time, sprang up, and threw open the window. “Oh God, Lou…help me!”

I was through and into the room so fast I had no time to think about it. The man on the bed didn’t stir. What help did she need, whoever…whatever…she was now?

~ From “Jessebel” by Sacchi Green

~ From “Vampires, Limited” by Lisabet Sarai

Thank you for including my story in "Coming Together: In Vein," and here today, Lisabet! I posted on my blog as well! :)