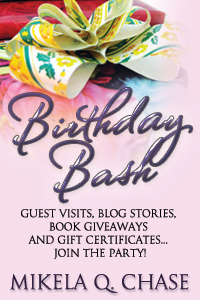 The rest of the trip went in a blur of fashion designer dresses and Rhea resisting the urge to throw her sister’s datapad out the window.

“For the last time they don’t wear purple to get married here,” Rhea told her sister. “They wear green. You’d know that if you read any of the information they sent you.”

Jamie waved her hand as if brushing away that thought from her consideration. “I will start a new trend,” she declared.

“You will start a riot is what you’ll do. Can you at least wait until your married to offend the country? At lest then they’ll be less likely to kick you out.”

Shaking her head, Jamie thumbed the button to change the page of her display. “People shouldn’t become so hidebound they don’t consider new ideas,” Jamie protested.

“and newcomers should take little steps before they try to overcome centuries of tradition,” Rhea scolded her sister. She didn’t know why she bothered. Jamie would do whatever she wanted. Their father thought her willful but Rhea considered her sister confident. Jamie knew what she wanted and refused to compromise. If she’d been a man they’d have called her commanding instead of all the other names they liked to use behind her back.

Rhea shrugged. She wouldn’t be around long enough to see if it took off or not. She’d be gone soon after her sister’s wedding. She’d only promised to get Jamie safely to her future husband and watch over her until she could establish an honor guard of her own. After that Rhea would go back home.

The train began slowing down and Jamie stashed her datapad in her purse. They both leaned forward to see out the window but the bulk of the train blocked their view. It wasn’t until it swept to the left and they spotted an enormous train station did they see any sign of civilization. The abruptness of the change of scenery startled Rhea. Even though she’d read of about the city being a thriving metropolis the shift from stark desert to bustling city spiked her power.

All those bodies moving around. Rhea licked her lips as one particularly fit male bent over to pick up a box. Her magic warmed her core as she contemplated all the delicious things she could do with a tall strong man who looked like he could lift her easily while he screwed her against the wall.

A cold hand wrapped around her wrist snapped her out of her thoughts.

“I think that other moon is rising, sis.” Jamie’s voice, tense and concerned, had Rhea staring at her in surprise.

“What makes you think that?” Rhea couldn’t see the moon, not with the buildings blocking the view.

Jamie pointed to Rhea’s glowing skin. “Because I think you’re going into heat.”

Now you've really piqued my curiosity. Nothing like being dumped smack in the middle of a story!

Thanks for hosting the next piece of the Birthday story!

Thanks for sharing Rhea with us!:D Please notice this is Rhea's story from Mikela's blog, Wandmaker is from Amber's blog.

I am hoping the man she is looking at is not the king. That would get messy. Thank you for the post and I loved yours on Amber's site.

Holy moly she is in heat lol lol

Thanks for your post on Amber's Mikela Chase's site and for hosting this installment of Rhea. I so am looking forward to reading more and more of this story in the month to come.. I will also check out a few of your books have a wonderful day.

I suspect there will be some changes in Rhea's travel plans. :D

ohhhh this is starting to get really interesting!

Thanks Lisabet and Amber.

I wondered when those moons would hit again. Fun times.

Getting good can't wait for more.
Thanks

this story is great

Heat. I can almost feel it from here.
Lillian

Oohhh.... I wonder what will happen now that they've reached the city.

Thanks for hosting the story today, it's fun to visit another authors site.

I think there are surprises yet in store for these sisters:)

I can't wait to see what happens next. Happy Birthday Bash Amber!

I'm beginning to wonder, who is really going to marry the prince?

Can't wait to see what happens next!

More waiting, but I will be patient.

Oh my.. heat. Yes, that could definitely change some peoples plans. :-)

Thanks for hosting us Lisabet!

Lisette
who has to choose Anonymous to post
on some of these blogs...lol

Wow, this keeps getting better with every installment!

cant wait to see what happens next

I really do love this story; and it is getting interesting. just have to wait for the next part tomorrow. Thank you for having us.

can't wait to see what's next!

Hoping we see the dragons again!

What is Rhea that makes her skin glow when she's going into heat?
rasco630@yahoo.com

ooohhh so good and so many questions are running through my head on Rhea. :-) Happy Birthday Month Amber

Just caught up to this story and omg!! I am loving it!! Ah! looking forward to the next installment!

Wow, Jamie really reminds me of my sister...

Wow! Thanks to all of you for coming by to comment.

As a token of my appreciation, I'd like to give everyone a copy of my free F/M/M menage story, SOMETHING BORROWED.

All you have to do is email me and ask for it!