Striking a Blow at Multiple Sclerosis 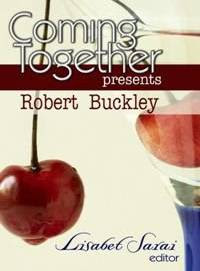 I have a few friends who have MS. I know that it's a disease that can destroy one's quality of life. Possibly the worst thing about it is the uncertainty. You don't know when you're going to have a bad day. You don't know how badly your ability to function is going to deteriorate. The emotional drain has got to be nearly as bad as the physical symptoms.

I'm proud to say that I'm doing a little bit to strike a blow at MS. Earlier this week, the Coming Together altruistic erotica imprint released Coming Together Presents Robert Buckley, which I edited. All proceeds from sales of this book (which is available in print as well as in many ebook formats) will go to the Multiple Sclerosis Association of America. Bob Buckley's life has been touched much more directly than mine by MS, and he's donating a book's worth of his exceptional writing toward the research and support functions of MSAA.

If you know anyone suffering from this frightening disease, I hope you'll consider buying a copy of the book. It's not romance, although quite a few of the tales have happy endings. You can read one of the stories from the book for free at the Erotica Readers and Writers Association, as well as a great interview with the author. (But don't believe what he says about the way I look! All he's ever seen is my promo picture!)

Thanks for your support!

Posted by Lisabet Sarai at 7:27 AM