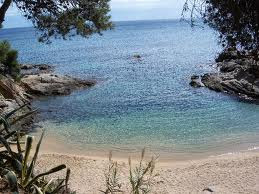 Most of our books contain bits and pieces of our lives even though we write fiction. Searchers is based on something that happened to me: how inferior I felt to my best friend, how I craved the male attention she got everywhere we went, and how I found a blessing that still fills my heart with sweet memories and one large secret. Even from mistakes come lessons learned, and Searchers captures mine.

Married for seven years to her high school sweetheart, Rick, and mother to three-year-old Brandon, Katie Franklin feels life is passing her by. The only place Rick’s willing to take her is into the bedroom. That isn’t enough.

On a girl’s night on the town with her sexy friend, Irene, Katie meets handsome Joey Arnold, who casts an approving glance in her direction. It’s been a long time since Katie’s felt desirable.

What starts out as an exciting affair of passionate sex soon turns into love and a very complex situation for Katie. Joey brings out the beast in her, but can she be cruel enough to break Rick’s heart and take Brandon away from him?

She has some difficult decisions to make in so little time. Will she choose incredible sex with Joey or work to save her marriage? Come to Searchers and find out.

At the path’s end, Joey led her to a secluded cove where he spread the blanket across the moonlit sand. The tiny grains glistened like broken pieces of glass and lit a walkway that extended for as far as Katie could see down the beach. A refreshing sea breeze picked up the ocean spray then caressed her face with a fine mist.

The inlet hadn’t been visible from above. "How did you find this place?" she asked.

"I used to come here when I was a kid. Mom always loved the beach - I guess that’s where I get my love for the ocean. It was a place we came as a family and did what we all enjoyed. Mom and I waded out into the ocean and let the waves carry us back. No matter how far down the beach we drifted, we never lost sight of Dad lying underneath our big multi-colored umbrella while reading the paper or listening to his portable radio." Joey fell silent and stared out to sea. “You know, I miss those times."

He turned and smiled at Katie. “It was also my favorite make-out spot when I was in high school, but I haven’t been here for years."

The tension running along her shoulders eased at hearing she wasn’t just one in a string of women he brought here. "So this is where you took your girlfriends. I feel honored to grace your special hideaway."

Katie giggled as she curtsied before him.

He took her hand and pulled her into a close embrace. Her breasts flattened against his broad expanse, enabling her to feel the pounding within his chest. Placing her palm against his shirt, she mentally counted the pulsing beats. "Does your heart always race like this?"

He gazed into her eyes with such lust, she knew he wanted her. "Only with you, Katie. You make me wild."

So much time had passed since she saw eyes filled with desire, she discarded any reservations. The pulsing in her body moved to the juncture between her thighs. Her breath came in wisps.

"Then show me just how wild, Joey."

Strong hands cupped her buttocks and pulled her against the length of him. His erection poked against her thigh, not where she wanted it. She adjusted her stance in order to enjoy the ramrod hardness of his penis.

He gazed down at her and smiled. "Do you want that?"

Like candle wax melting in the sun, they oozed to the blanket below. His hands worked methodically until he’d removed her clothing, then his own. The cool ocean breeze caressed her bare skin and turned her nipples into stone. The slight smell of fish drifted in with each wave.

Joey bent and sucked one hardened nub into his mouth and lapped at it with his tongue, then pulled away. He straightened and leaned back on the balls of his feet. Naked astride her, his chocolate eyes assessed her from head to toe, and he licked his lips like a chef satisfied with his best recipe. His words were barely audible above the wave crashing on the beach. "Katie, do you want me to make love to you, or do you want me to fuck you?"

Her mind raced. Was there a difference? They had made love, at least that’s what she considered it, but now she felt naughty and adventuresome.

"Fuck me, Joey. Fuck me hard." Her preference tumbled out.

He pushed her knees apart and insinuated himself between them. Bending his head, he buried his face between her legs. His fingers held her womanly folds apart as he dove deeper into her moist recesses. His tongue searched for and found her pulsing knob. As if using a straw, he suctioned the very strength from her body.

She raised her hips from the blanket and twined her fingers through his wavy hair, holding his head against her core until her own crashing wave subsided. "Oh, baby. That was wonderful," she said, fighting to find her breath.

Joey wiped the wetness from his mouth against the back of his hand. "That was just the start. Now it’s your turn, Katie."

He reclined alongside her, but propped himself up with his elbows. His erect penis stood at full attention. Her exhaustion quickly passed as thoughts of what was yet to come enticed her to take hold of his silky cock.

Katie closed her fingers around his girth and slid her hand up and down the length of his satiny skin. Her tongue licked at the tip of his penis and probed the small opening in the end. His gasp stirred her onward.

She lowered her open mouth over his waiting shaft, delighting in the way it massaged the sides of her throat. As her lips and tongue savored his manliness, her own body reacted to his pleasure. The place where his mouth had just been, now pulsed with desire to be filled to the brim. She sucked with all her might, circling him with her tongue and nipping gently with her teeth. She wanted to bring him the same pleasure she had just enjoyed.

The salty taste lingered in her mouth, and she curled up beside him. "How was that?"

"Lady, you can do me anytime." His forearm rested across his brow, his breathing fast and loud.

Bio: My pen name is Pepper St. Claire and this is my first and last "erotica" offering. Writing this genre is more difficult than any other for me since I'm a "behind the door" kind of gal. Now that I've revisited this story, I feel inspired to re-write it and make it better, as I've made a few minor alterations in my excerpt. I hope you'll forgive the few improvements...tags following instead of preceding, eliminating a few word echoes, adding some missing quotations.... This was written in 2004 and I've learned a ton since then and also become quite proficient at editing. Also, I'm going to have a new cover, which is why I've included an image of Joey's cove instead of a proper book cover. I truly hope you enjoy the bit I offered, because the book delivers a message I really would like to share. You have to read Searchers to find out what it is.

Posted by Lisabet Sarai at 4:37 AM

Thanks to Lisabet for hosting me today. I hope she's somewhere doing something fun and enjoying herself. I would like to point out that I did re-write Searchers and it will be available in a much improved format. It's with the editor now.

Now you have me wondering what choice she makes... great blurb and excerpt! Thanks for sharing!

Really hot excerpt. Thanks for sharing this with us.
Carol L
Lucky4750@aol.com

It is great.I will have to add to my to buy list.

That was a very hot excerpt but the writers voice at the end had me intrigued. So much so I will be chasing after the answer.