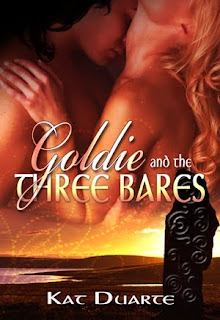 Recently, I discovered Artist Toolbox, a half hour show on PBS hosted by John Jacobs who interviews artists working in the fine arts, entertainment, writing and fashion. The last show I caught focused on Sam Gilliam, an African American abstract painter. Jacobs’ final question to Gilliam was, “What advice do you give them [young artists] so that they move ahead?” “Go someplace,” Gilliam answered, “so that you learn something that is not right in front of you. I guess...the sense of real success in any media is difference. So go somewhere so that you are not the same and so that you have something to actually add.”

The painter’s words made me think about the old adage: write what you know. When I was younger those words made me think I had to travel the world to be able to write well. It brought to mind romantic notions of living on the Left Bank in Paris, driving cross country on a motorcycle, becoming a journalist and covering wars in foreign lands. How else could I write what I know and still write about exciting adventures and exotic places?

I never found the courage (or time or money) to indulge in my romanticized visions of the young writer abroad. Mine was a more practical approach. In college, I convinced my parents to let me study abroad. I lived in Salzburg, Austria for one glorious semester and was able to take side trips to Vienna, Paris, Prague and London. I even took a ferry from Ostend, Belgium to England and saw the sun rise on the White Cliffs of Dover. I’ve drawn upon those experiences to create settings and characters for my work, but still I long for the chance to travel abroad again—if only to get me out from behind my computer for a bit of fresh air and exercise!

These days, though, the unkind economy has put my hopes of world travel on indefinite hold. Curtailed plans aside, I can still find ways to go someplace different than what’s right in front of my face. The first thing I do when I sit down at my computer in the morning is navigate to the Monterey Bay Aquarium’s website and live webcams. I watch the sunrise in California while I begin my writing day, spot the occasional seal sunning herself on the rocks and even listen to the sound of the waves and seabirds. (It’s a recorded loop, but still helps me to relax and ease into the writing rhythm.) The aquarium’s kelp forest cam is a favorite for de-stressing. At the end of my day, I switch over to the sea otter cam. Nothing beats watching those fur-faced cuties for fun. Thank goodness for the Internet making virtual tourism possible!

Writers, of course, don’t have to rely on physical travel to write about other places or times and still write what they know. It’s the imagination, some decent research, and our observations of human nature that, twined together, become the place and people that fill our pages. Nothing beats actually visiting a place, of course, but even then the gaps need to be filled in with research and imagination. And just where, when and how will I be able to travel to a world where magic is more common than technology or, say, thirteenth century England? No matter how optimistic I try to be, I don’t think I’ll ever be able to visit another planet in my lifetime. Ditto for the faery realm or an alternate reality. By traveling the roads of my imagination, I usually do end up going to Gillian’s “so that you learn something that is not right in front of you.” Hopefully, if I do my job as a writer well enough, the imaginary beings and worlds in my stories might end up as that type of someplace for others, too.

"Angel Gets Her Wings" - Heart warming holiday adventure with a wannabe cherub.

"Goldie and the Three Bares" - Amorous Midsummer Night adventures of an archeologist and an archfay.

Kat Duarte can be found at:

Email ThisBlogThis!Share to TwitterShare to FacebookShare to Pinterest
Labels: Goldie and the Three Bares, Kat Duarte

I have not traveled much, but I have visited many places through the pages of books... I love seeing places through the eyes of characters and descriptions from authors... the internet is pretty neat... seeing locations via webcams... :)

"learn something that is not right in front of you" that is how I feel about reading. I can travel far using the author's words to transport me.

I agree. I haven't had the time or money to travel like I'd want but I do so in all my reading. The Author paints the places with her words that I visit. Stepping into the world they have created enables me to step out of the box.
Carol L
Lucky4750@aol.com

I travel the world in books and the occasional travel show.

BTW, I've been to the Monterey fish aquarium, and it was fun.