Getting Intimate with Victoria Blisse. 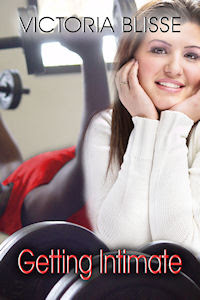 The sequel to Getting Physical is now available. Getting Intimate is the next chapter in John and Terri’s relationship. They met at a gym and fell in love despite each other’s hang ups about their sizes. In Getting Intimate they get to know each other better and find out more about why they feel so insecure about their looks.

Here’s a little snippet from the story to illustrate.

I felt Terri’s hand rubbing up and down my arm, soothingly, but I still couldn’t look at her. I was struggling to hold in the tears and if I looked at her I knew the sympathy in her eyes would make me sob like a child.

“Uni wasn’t much better. I became a real loner and kept to myself. I spent a lot of time in the gym there, trying to work up some muscle, trying desperately to bulk up. As you can see, it didn’t work. I’ve been at gym after gym since then, trying my hardest. I decided that keeping a low profile, being the loner was my best course of action. I took that into my job with me. It meant I didn’t attract the nasty comments any more, but I didn’t attract the ladies either. I went on three dates and they were all disasters. Every time the girl ended up hurt, physically on one occasion. I ended up embarrassed, upset and alone. So, you know, I’ve never seen myself as much. Just a sad, skinny loner.”

“Nonsense.” Terri kissed my cheek and I turned my head to look at her. “Sweetheart, you’re not skinny. Look at yourself.” She stroked a hand down from my shoulder to my wrist. “These are muscles. You’ve got them all over.” Her hand caressed my chest, slipped over my hip and squeezed my thigh. My breath caught in my throat. “Okay, you’re not Rambo, thank God, but you're lithe and lean. No one in their right mind would call you skinny. You are gorgeous. You’re way out of my league.”

I shook my head and rolled onto my side.

“No way, you’re well out of my league. You’re beautiful.”

She laughed before she replied. “Listen to us both. Jeez, we hate ourselves but love each other. Maybe we should just decide to believe in how the other sees us. It can’t do any harm. I’ll try and believe I am beautiful like you think, if you try to believe you’re as gorgeous as I know you are. We can give it a go, can’t we?”

“Sure, it can’t possibly do any harm to at least give it a go.”

Despite Terri's reassurances, though, she feels just as insecure as John about her own size and appearance.

I could not believe it had been six months or so that I’d been putting myself through the gym torture. Granted, I felt better for it. I was more flexible and filled with energy but I was not seeing my curves fall away in any significant manner. And of course, the curves that were going were the ones I wanted to keep! My bra had gone down a size and my hips seemed to have shrunk, but no amount of concentration seemed to make my podge of a belly disappear.

I persevered though, mostly because of John and partly because of mum. She had bought me the stupid gym pass in the first place and I’ve always been told it’s rude not to accept a present graciously.

It wasn’t so bad. At least the gym held good memories for me and with John around I always had someone to talk to while working my bum off. I could look at him lustfully, too and then take him home to have my wicked way with. Although he was perfectly capable of having his wicked way too, come to think of it. He might have been a virgin when we first met, something I still found unbelievable, but he soon got the hang of things. And oh, he was imaginative. He kept me satisfied but paradoxically that only made me want him more. I wanted to find out all the ways we could orgasm together.

I was lost in lurid fantasy as I pushed the door of the gym open. The usual mix of sweat and antiperspirant products mixed with hot plastic and rubber greeted me as I walked in. That was not what surprised me. What did surprise me was seeing my John talking to the stick insect.

It was a gym. The place was filled with lean, mean, perfectly-formed female bodies but there was one I disliked more than all the others put together. I’d discovered from the simpering of her friends and her personal trainer’s barked instructions that her name was Sam. But in my mind she remained the stick insect. She was as thin as a rail and beautiful with it. She had bright, natural blonde hair and sparkling eyes, and although I beat her hands down in the cleavage department hers were pert and always peeped out the top of whatever sports ensemble she was wearing. Men would literally drool down them when talking to her.

Jealous? Me? Well okay, maybe I was just a little bit. She was everything I wasn’t. She was effortlessly gorgeous and instantly charming. Most of the men in the gym wanted to fuck her and half of the women too, but up until that moment I was sure that my John barely even realised she existed. He loved big women, real women. He adored my curves and he told me that at every possible moment. He begged me never to lose them and I told him I couldn’t if I tried. And boy, was I trying.

But at that moment my world shattered. I couldn’t hear what was being said over the noise of the packed gym but her eyes were full of lust and he was pointedly not looking at her. Why on earth would you not meet the gaze of a person, unless you were trying to hide something or you were feeling guilty about something? I saw exactly what a moment later, when she covered my John’s strong hand with her own thin, little dainty one and squeezed. He looked up at her then and smiled. She walked away.

I was stunned. My John had been captured by the stick insect.

Getting Intimate is a real story about real people--not the perfectly beautiful folks that you will find in some romance. 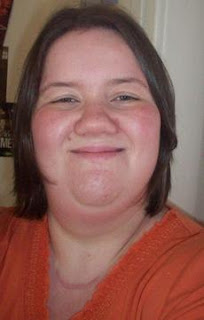 So now you know my story a little more intimately here are a few intimate facts about Victoria Blisse!

* I like to have my neck kissed but keep away from my ears.

* The toilet paper has to go over the top of the roll, f it does not I will change it, even if I am in someone else’s house.

* I am a morning person and do all my best work between 5 and 7am.

* Most of the year I sleep in the nude, except in the middle of winter where I wear pyjamas, a jumper and a hat to sleep in.

Care to share an intimate fact about you with me? I’m terribly nosey. I think most of us authors are. I like to know the inner workings of everyone I meet!

Getting Intimate is now available from Phaze Books. Click here to buy!

Posted by Lisabet Sarai at 4:01 AM

Email ThisBlogThis!Share to TwitterShare to FacebookShare to Pinterest
Labels: Getting Intimate, Victoria Blisse

I, too, am a morning person, and the only way toilet paper goes is OVER the top!

LOL... I laughed about your comment on the toilet paper. My first roommate was an "under" person and I'm an "over" and it was just about the only thing we fought over! :-D

Fun interview! Good luck with your release. I love that you write about REAL people. Good for you.

Sorry I missed welcoming you yesterday. I was away in a secluded beach resort (yeah, I know, tough luck!)

Thanks so much joining me here at Beyond Romance. I wish you lots of luck with Getting Intimate.