Make It Your Own 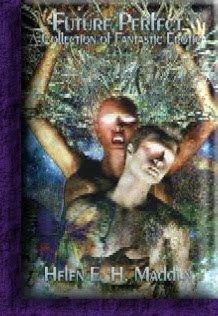 When I first started writing erotica -- and I mean really, seriously writing erotica and not just scratching out letters to the Playgirl readers' forum -- I ran into a little problem. I did not want to write erotica stories like the ones in all the popular anthologies I'd read.

Or maybe it wasn't that I didn't want to write stories like that, but that I couldn't write stories like that. A lot of people I know define the erotica genre as 'stories written to arouse the prurient interest.' Basically, one-handed reading. And don't get me wrong, those kinds of stories are great! I know I certainly enjoy a good one-handed read. But I found early on in my writing career that I had a limited number of stories in me that were written just for the purpose of 'arousing the prurient interest.' I had weird ideas about plot and characterization and theme and stories that were about sex but had little to no sex in them.

What was a budding erotica writer to do in such a situation?

It wasn't for me. I had different ideas. Real different ideas. For one, I was a hardcore sci-fi/fantasy/horror nut and a lot of that came through in my work. In fact, one of my earliest stories was about a man at the end of the universe making love to... a black hole. No, not that kind of black hole! The other kind, the collapsed-star-with-a-voracious-gravity-well kind. I had to do quite a bit of research on astrophysics for that story, and according to a science teacher I know, I was very successful in describing what it would be like to pass through the event horizon of a black hole, should one ever engage in an intimate act with such a thing.

Then there were the stories with the unhappily-ever-after endings. I'm a sucker for tragedies and unhappy endings. I **like** it when the main character dies, hopes and desires completely unfulfilled. I love broken hearts that stay broken, and shattered dreams that stay shattered. Maybe it's the sadist in me, but I get a kick out of making my main characters really suffer every now and then.

And then of course there was the whole hetersexual-couplings-only thing and the no-extreme-BDSM-and-no-Femme-Dom thing. These days all that stuff is the rage and publishers are clamoring for it, but six or seven years ago? I can't think of anybody who would have published such tales. And you know that was exactly what I was dying to write about. Dominatrixes and hard core m/m sex were, and still are, two of my favorite things to write about.

So yeah, in the beginning I gave up on the idea of being published, but not on the act of writing. I hooked up with the Erotica Readers and Writers Association (www.erotica-readers.com) and started participating in their story group. Amazingly, my weird little stories were well received. I was even asked to show them off on the ERWA website in the story gallery. I was flabbergasted. I didn't think anybody would get what I was writing. I was also encouraged, and so I continued to head further down the rabbit hole I'd chosen for myself.

Over the course of a few years, my writing got better and my stories got weirder. I have written about everything from hermaphroditic angels tormenting androgynous devils to plants that wantonly spread their seed thanks to the help of willing and perverted gardeners (the sex lives of plants are fascinating, by the way!). I go wherever my imagination takes me. I twist things around and warp story ideas as much as I can. No plot is too strange, no character too bizarre. I'm very experimental when it comes to my writing, and I enjoy the results. After six years, I have developed a voice, a style, all my own. Nobody else writes the weird shit I write. And that has led to some surprising results.

The gal who never thought she could get published now has a novel and two short story collections out. I have a weekly podcast for which I've written and produced over 120 stories in the last two years. I get invited to science fiction conventions to discuss writing speculative fiction erotica. Even more telling, I've reached a point where I'm out of the slush pile and people are inviting me to submit to anthologies.

If you find you can't write what others are writing... if you despair of ever producing a story that meets publishers' guidelines, don't give up. Write anyway. Find your voice, tell your stories, do your thing. It will be worth it in the end.

Helen E. H. Madden is a writer and graphic artist who quit her lucrative day job years ago to tell dirty stories for fun and profit. Her books include Future Perfect: A Collection of Fantastic Erotica, published by Logical Lust, and Demon By Day, published by Mojocastle Press. Her stories have appeared in various anthologies, including “Wired Hard 4" from Circlet Press, “Cream: The Best of the Erotica Readers and Writers Association” and the “Coming Together" charity anthologies. Helen also writes and produces the Heat Flash Erotic Podcast (www.heatflash.libsyn.com), a free online audio program of speculative fiction erotica. On the side, she draws "The Adventures of Cynical Woman," a web comic about life as a stay-at-home mom and erotica writer. When she’s not writing or drawing, Helen thinks about sex. A lot.

Thanks so much for being my guest here at Beyond Romance. I don't know about anyone else, but I love your stories. The weirder the better!

Thank you Lisabet and Estella! My apologies for coming in late to reply to your comments. Somehow, even though I had intended otherwise, I ended up out all day, and no matter how hard I tried, I couldn't manage to make it back home for more than 20 minutes!

As for weird stories, I'm glad that I was able to find an audience for them. It's been interesting all around, both in the writing and then in the publishing and promoting phases of things. But I can't complain. It keeps me happy and busy!