Tomorrow is release day for my brand new novel The Journeyman’s Trial, Book 2 in my series The Toymakers Guild. This book pulls out all the stops. It has pretty much every combination of pairings – MF, FF, MM – not to mention threesomes and more. But there’s a lot more than just sex in this 300 page volume. The book offers humor, suspense, romance, and lots of imaginative steam punk technology.

If she builds it, will they come?

If you like intelligent, lusty women and kinky steam punk sex toys, pick up a copy of The Journeyman’s Trial. 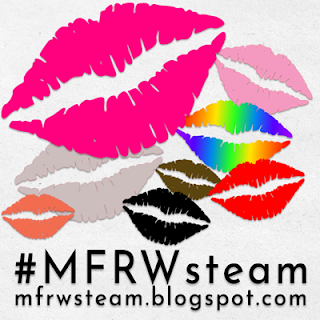 Determined to have her way with him, she strode down the corridor toward his bedroom. As she passed the shallow branch that led to the common bathing facilities, however, her sharp ears recognised his voice.

“Then Nelly she opened her lily-white thighs

John played with the cat till the bristle did rise

He stroked down the hair as black as a coal

She catched his finger right snap in her hole.”

Apparently Rafe was in the bathroom, singing bawdy songs to amuse himself! Slipping into the alcove, she tried the doorknob. When she discovered it was unlocked, she did not hesitate to enter.

“...Then Nelly she held him so fast by the back

While she wriggled her ass and cried push it in Jack — what? Jill!”

Randerley boasted the most modern plumbing, including a boiler on each floor, fuelled by coal gas manufactured on the grounds. The high-ceilinged, wood-panelled room felt warm and humid as a tropical jungle. A spacious enamelled tub stood against the opposite wall, under the leaded window. The errant journeyman lounged within, his jet-black hair a jumble of damp curls.

“Rafe, you’re a scoundrel! A cold-hearted, skirt-teasing liar!” She shut the door behind her and turned the key, locking it from the inside. She had no interest in their being interrupted. Marching over to the bathtub, she stood with her fists on her hips, glowering at him.

“Scoundrel? Liar? Those are hard words, Jill!” He grinned up at her with irritating nonchalance. “What have I done to earn such dire accusations?”

She was already wilting in the moist heat. Her face felt flushed. Perspiration gathered in her armpits and under her breasts, soaking her chemise. Though the bath water was cloudy with soap, she could still make out the dark tangle of his pubic fur and the paler pillar of flesh rising from that nest. Her pulse raced with mingled lust and indignation.

“You swore the Master had forbidden our coupling!”

“He assured me his words were suggestions only, not definite instructions!” Her voice rose, despite her determination to remain in control of herself. She paused to fill her lungs with the steamy air. “You were just playing with me, back at the cottage. Telling me I had to learn patience, when I was dying for your touch.”

“You do need to learn patience. Obviously.” Rafe shifted in the tub, sitting up straighter. His somewhat bony knees broke the surface. So did the rosy bulb of his engorged penis. “Otherwise you wouldn’t have barged in on a chap when he’s having a private bath.”

Gillian felt herself melting into a languorous puddle of lust. She tried to hold on to her sense of righteous outrage.

“You left me no choice. You’ve been avoiding me.” She sank into the woven wicker chair next to the tub, the heat overwhelming her. Gasping, she clawed open the buttons of her muslin blouse to expose her throat. When this brought no relief, she shed the garment altogether.

Rafe’s eyes gleamed like pools of midnight as they followed her every move.

“’Tis true I’ve been trying to stay out of your way,” he admitted quietly. “To avoid temptation.”

“But why, Rafe?” She fanned herself with one hand, to no effect. “Why resist? Why deny the attraction?” After a moment, she stood, untied her skirt and underskirt, and let them pool at her ankles. Seated again, wearing only her shift, knickers and stockings, she felt slightly more comfortable. “It’s not as though we’re in polite society. We’re members of the Toymakers Guild, for heaven’s sake!”

“It would be too easy,” he countered, rising from the bath and reaching for a towel. Water dripped from his hair to his shoulders, then made rivulets down his sculpted chest. His erection sprang up from his groin in a lewd salute. He was hardly indifferent to her, that much was certain. “Too fast. ‘Twill be far more satisfying for both of us when we are better acquainted.”

“Not too fast for me.” Gillian parted the gap in her drawers to show him her glistening cunny. “I’ve been dying for you to tup me ever since the night you found me on the moors.”

Rafe tossed the towel onto the elaborately tiled floor, then stepped out of tub onto the piled cotton. “I know,” he replied softly, without the smugness she’d expected. “I’m sorry.”

“Surely you know me well enough by now to give me some relief,” she pleaded. “Even if you persist in frustrating yourself.” She cupped her breasts, flicking the nipples with her thumbs, offering them to her reluctant companion. “Though I guarantee we’d have more fun if you let me please you as well.”

The lean journeyman dropped to his knees on the towel, inches from her feet. Gillian spread her thighs in anticipation, widening the opening in her knickers. For long moments, Rafe gazed at her drenched quim, breathing heavily. His nostrils flared. His eyelids fluttered – she noticed his lashes were extravagant, for a man – and he licked his lips.

With the first bold sweep of his tongue along her cleft, she was close to spending. He didn’t hold back in the least. There was no gradual building of intensity; from the very first he worked her hard, sucking her juicy flesh into his mouth and probing her channel with his tongue. She clenched at the delicious invasion, smaller than a cock but more nimble, warmer and wetter. When he nipped her throbbing clit, he sent new shades of bliss shuddering through her. She slumped in the chair, tilting her pelvis to give him better access. He burrowed deeper, sucking so hard she thought he’d turn her inside out.

Using his thumbs, he peeled her sex open and licked from front to back, ending with a firm circle around her rear hole. A whole new set of nerves sparked alight as he prodded the tight whorl guarding her back passage, soaking her in his saliva. Buggery was addictive – that was one thing the Guild had taught her. She’d been taken in that manner by Ian, Archie and the Master; now she ached to welcome Rafe’s prick into her inner sanctum.

Could she tempt him? Would he dare? Gillian slithered to the floor, breaking the seal of mouth to cunt. Flipping over, she pressed her bosom against the chair bottom and wiggled her arse in his face. “Take me, Rafe,” she begged, reaching behind her to part both her drawers and her buttocks and display her hungry rosette. “Please. I want to feel your lovely prick in my arse.”

“You naughty little wench!” he cried. She jumped as he landed a vicious slap on one cheek. The linen of her undergarment did nothing to mitigate the stinging pain. It shimmered through her like radio waves, carrying a message of paradoxical pleasure.

Special deal! Get The Pornographer’s Apprentice, The Toymakers Guild Book 1, for only 99 cents! Buy links here:

There are many more plot points, but I don't want to spoil your enjoyment of this book. It has varied and steamy sex scenes that will take your breath away, a plucky heroine who doesn't always come out on top (ahem), but who always prevails in her quest to be accepted as a Toymaker. ~ Fiona McGier, Goodreads

With thoughtfully written characters, hot sex scenes, and a well-paced and interesting plot, the Toymaker's Apprentice leaves you asking only one question....when is the next book in the series coming out? ~ The Phantom Tollbooth, Amazon

[A] fast paced, hilarious, and thoroughly entertaining story as Gillian gets intimate with the staff and technology, only to find that there is a plot against the Guild that she takes on to save the day. I can’t wait to read what happens in the next book! ~ Arthur Royo, Amazon

Don’t forget to visit the other authors participating in today’s event!

What an exquisite scene - and fabulous Victorian language. Well done!

It shimmered through her like radio waves, carrying a message of paradoxical pleasure - that is an amazing line!!!
Tweeted.

Woof! This is at the top of my TBR list! Maybe Santa will give me a gift card to load up my kindle, now that I'm not reviewing for any site except my own and GR. Very hot scene! I agree with her--why wait?