For decades the Space Consortium of America has searched for new ways to harvest resources beyond an increasingly depleted Earth. The ultimate plan is about to be ignited. So is the ultimate threat to humankind . . . 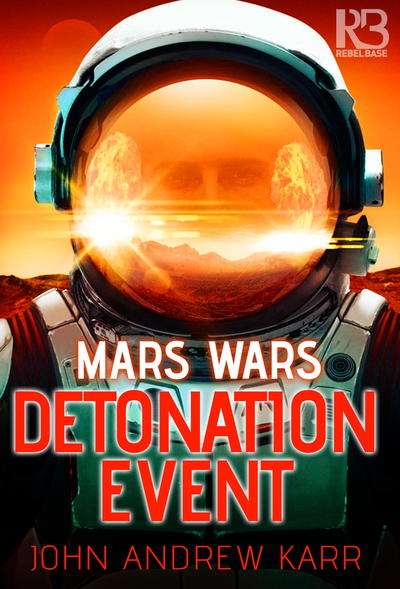 Battle-hardened Captain Ry Devans and his crew of the Mars Orbiter Station One (MOS-1) are part of a bold plan: resurrect the active molten cores of the Red Planet with synchronized thermonuclear explosions, and terraform the hell out of that iron-oxide rock for future generations. It’ll change history. So will the strands of carbon-based Martian cells that have hitched a ride on the ship.

Dr. Karen Wagner knows the microbes’ resistance to virus is incredible. It’s the unknowable that’s dicey. Her orders: blow them into space. But orders can be undermined. Two vials have been stolen and sent hurtling toward the biosphere. For Devans and Wagner, ferreting out the saboteurs on board is only the beginning. Because there are more of them back on Earth—an army of radical eco-terrorists anxious to create a New World Order with a catastrophic gift from Mars.

Now, one-hundred-and-forty-million miles away from home, Devans is feeling expendable, betrayed, a little adrift, and a lot wild-eyed. But space madness could be his salvation—and Earth’s. He has a plan. And he’ll have to be crazy to make it work. 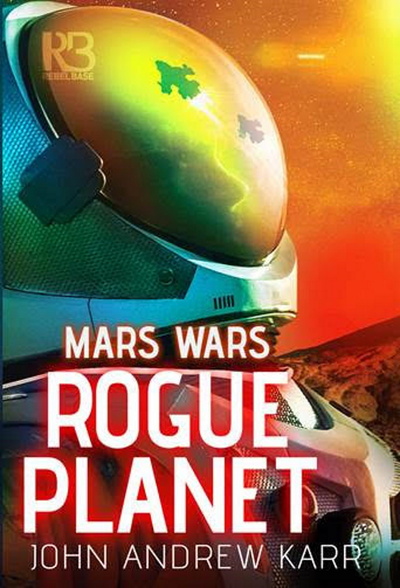 You’d think Captain Ry Devans was a hero when he jumpstarted the cores of Mars, giving the previously dormant planet a fresh start at harboring life. But he’s also the host of a life-saving alien microbe, and the most wanted man within thirty-three million miles—courtesy of the terrorist global juggernaut the Earth First Faction, and its sociopathic agent Paton Schiflet. They’re doing everything in their power to quash the organized inhabitation of space and keep the last humans under control.

Now that the EFF has dispatched its own insanely weaponized crew, Devans and his dirty-dozen team have three options: fight, surrender, or witness the extinction of the thousands of civilians repopulating space. For Devans and outlaw partner Dr. Karen Wagner, option number one is is the only way to go—but the odds against them are astronomical.

Not only are moles undermining every offensive tactic, but some on MOS-1 are exhibiting dangerously psychotic mood swings. Is it just an extreme case of space crazy? Or a new microbial gift from Mars that could kill their mission before the war with EFF even begins?

This ain’t your great-great-great grandaddy’s Mars.

The thought hit Ry Devans again as he glanced at the angry orb. The words looped annoyingly, the way a familiar but not necessarily welcome tune will sometimes do. Once or twice would have been okay, but a few rogue synapses weren’t letting it go. Yeah, there was some real upheaval going on, but he and his crew didn’t bug out of Mars Orbiter One on a sightseeing mission, no matter how compelling their looming destination had become. This Synch Event was to buy them the one thing they needed almost as much as air and water and food.

They were closing fast. Done were the power and air system checks, nuclear fusion queries and carbon feeds for the engine, shield readiness, and potential flight path hazards. The results were solid. Expected and redundant.

The pissed-off planet they were racing toward was anything but.

Devans could almost hear the marsquakes rumble, crash and form with a Godlike voice.

Look what you organics have wrought.

Well, it really was a group effort, Devans countered silently. Plus you almost killed my crew. Not to mention a forty-something pilot that looks an awful lot like the one occupying this seat.

Networks of erupting volcanoes thrust through the Martian crust like a geological case of the shingles. Devans wondered if it was as painful for the planet as the shingles virus had been to humans prior to M274S34; only there was no healing slash Homo sapiens extinguishing Martian

microbe solution for the resurrected planet. Entire regions shuddered, shook, spewed, heaved, gushed and flowed. Some areas were constantly in the throes, others dwindled into relative silence, and still other areas were unpredictable.

Hey, you were dead. Now you are not. You’re welcome. 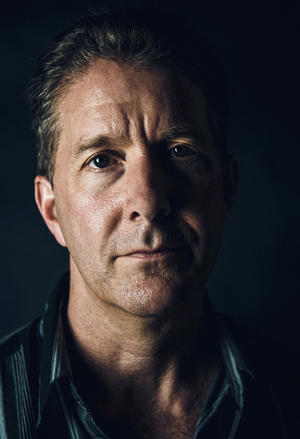 From his home in Wilmington, North Carolina, John Andrew Karr (also John A. Karr) writes of the strange and spectacular. He is the author of a handful of independent and small press novels and novellas, and also leaves in his wake a trail of short stories.

John Andrew Karr is giving away a $50 Amazon/BN gift card to one randomly chosen winner during the tour.

Welcome to Beyond Romance, John!

Thanks for sharing your somewhat scary visions. I hope your tour does really well.

Nice cover I love it.

Thanks for hosting and the good words, Lisabet!

Not sure why the dropdown didn't quite behave, but the comments from "Unknown" were from me (John Andrew Karr)

Thanks for taking a look, Rita and Sherry.

The cover is amazing. The colors really caught my eye!