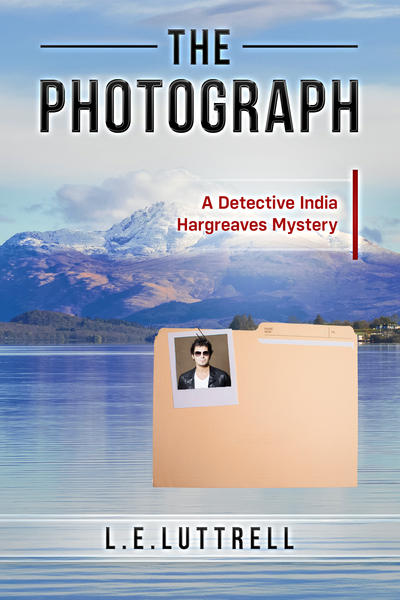 In a quiet Sydney suburb, soon-to-be-married Sonny Day sets off on his bike to catch the train to work. He never makes it to the station. After his fiancée Chrys reports him missing, DI India Hargreaves launches a low-key investigation.

Weeks later, a man’s body is found, mutilated and buried, on a nearby building site, but it’s not Sonny, and with no solid leads, both investigations stall…until a letter arrives from Sonny, claiming he’s met someone else.

Chrys insists Sonny wrote it under duress. She convinces India to investigate further, beginning with the photograph that came with the letter and ending in Scotland and the discovery of more mysterious deaths. But two questions remain unanswered. Whose body was buried on the building site? And where is Sonny Day?

A woman India had not seen before answered the door at Chrys Water’s house.

“Chrys!” the woman shouted unnecessarily, as Chrys appeared at that moment, her face full of hope.

“Do you have some news?” she asked.

“We believe we’ve found Sonny’s bike and we’d like you to come and have a look at it to verify if it is his.”

“Where is it?” Chrys cried, pushing past the woman who had answered the door. “Sorry, Roxy,” she said, turning back. “Detective Hargreaves, this is my cousin Roxy. She’s staying with me this week.”

Roxy nodded at her and followed them out to the van.

Jacko was waiting for them with the van doors open and a powerful torch shining in on the bike. Chrys peered closely at it without saying a word, then backed up a few steps.

“Where did you find it?” she asked almost in a whisper. “Have you found Sonny?”

“No Chrys, only the bike. Can you confirm whether this is Sonny’s bike?”

“Yes. It looks like his bike. Where was it?”

“On a bush trail over at Wilberforce.”

“Wilberforce? What would Sonny be doing there?”

“Sonny may not have been there. But someone dumped his bike there.”

L.E. Luttrell was born in Sydney, Australia and spent the first 21 years of her life there before moving to the UK. After working in publishing (in the UK) for a few years she went on to study and trained as a teacher. From the 90s she spent many years working in secondary education, although she’s also had numerous other part time jobs. A frustrated architect/builder, L.E. Luttrell has spent much of her adult life moving house and wielding various tools while renovating properties.

L.E. Luttrell currently lives in Merseyside England, but also spends time travelling between Liverpool, Wales (UK) and Australia when there is not a Covid crisis.

L.E. Luttrell will be awarding a $25 Amazon or B/N GC to a randomly drawn winner via rafflecopter during the tour.

Welcome to Beyond Romance. I hope your tour is going really well!

Thanks Lisabet - the tour does seem to be going well and thank you for featuring The Photograph on your site. Lyn (author)