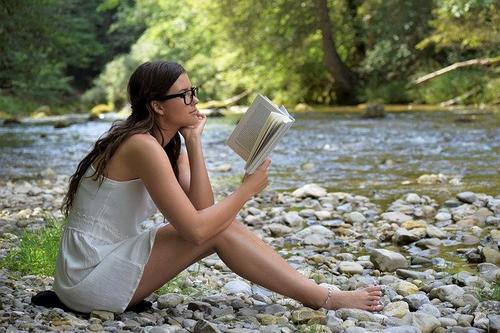 Image by silviarita from Pixabay

Originally published at the Erotica Readers and Writers Association blog, in 2015.

Back when Fifty Shades of Grey was the hottest book on the planet, author Alyssa Rosenberg observed that romance is one of the only areas of cultural expression that focuses on women and their lives. Though reading romance is often dismissed as shallow and frivolous, it can be far more than just an escape into impossible fantasy.

Modern romance, which has largely jettisoned the wimpy, passive heroines of its past, gives its readers (who are primarily women) the opportunity to vicariously experience female agency. The female protagonists of today’s romance tend to be feisty, competent and independent. They are firmly in charge of their own lives, and frequently are not looking for the soul mate who eventually and inevitably comes their way. It might not be too far a stretch to view them as role models.

Romance is about female power—the power to make decisions about relationships, and the power to enjoy personal sexual satisfaction. No wonder it’s so popular, in a world where many women lack that sort of power.

Maybe because the female power is viewed as a threat.

In a male-dominated culture, it’s too dangerous to take romance seriously.

“Take romance seriously?” Some of you reading this are no doubt chuckling at the absurdity of this notion. Some might be sharpening their rhetorical blades, ready to assert that romance is in fact a product of male-dominated culture, an attempt to domesticate the socially-disruptive effects of lust by promulgating the myth of harmonious, monogamous, stable coupling.

Still, think about what the world would be like if women all began to act like romance heroines. Speaking out and acting on their desires. Insisting on respect and consideration from their lovers. Demanding to be taken seriously. Claiming a well-deserved, personal happy ending, without guilt or feelings of inferiority. Some men would be very threatened indeed.

“Hah. Illusions. There’s no such thing as a happy ending.”

Perhaps there’s no “ever after”. However, healthy, egalitarian, enduring, fulfilling relationships do exist, hard as that may be sometimes to be believe. And you know, based on my personal experience, it’s not just women who want that kind of relationship. Many men value independent, assertive partners. Men do not necessarily want a doormat as a companion. Or, for that matter, an innocent virgin!

The kicker is that despite the official perspective that romance is trash, readers of the genre have more economic power than any other market segment. The phenomenal success of Fifty Shades is only one demonstration of this fact.

Well, you know what? I respect the romance I write. I know how difficult it is to create an original, compelling story that still adheres to the conventions of the genre. More difficult, maybe, than writing a so-called literary novel, where there are far fewer constraints.

So I’m going to stop griping and get back to writing. The only respect I really need comes from my readers.

Posted by Lisabet Sarai at 8:37 AM

This: "Still, think about what the world would be like if women all began to act like romance heroines. Speaking out and acting on their desires. Insisting on respect and consideration from their lovers. Demanding to be taken seriously."
well said.

Great post, Lisabet. A friend of ours writes bodice rippers and does well at it. I agree that readers don't really care if the story is "unrealistic or superficial." Readers want an escape to a fantasy world where things happen. The primary thing is entertainment, and I want to be in a world that explores my wildest imagination.

Yes! This!I've been saying for years that the denigration of romance is due to the fact that it's primarily written by women, for women, about women. But it's not just for women, but for each of us, that choosing the person to spend our lives with is the most important decision we'll ever make! Even more so than a job. We can "get by" with a "bread-money" job, instead of fulfilling our passion which often can't support us. But many a marriage is broken up because the two involved never thought beyond how much fun they were having in bed--to what they have in common.

"Many men value independent, assertive partners. Men do not necessarily want a doormat as a companion. Or, for that matter, an innocent virgin!"

More true than many imagine! I read a comment posed as a truism many years ago--the man said that he'd met many virgins who'd never been proposed to, but he'd never met a sexually-active woman who hadn't been proposed to at least once. Men are hard-wired to want sex, so when they find a willing partner, many imagine themselves to be "in love." I warned my kids not to turn off their big brain to let the little brain think for them, when choosing a mate. There's a whole lot more that goes into a happy marriage, other than "tab A fits well into slot B." As much as we'd like to, we can't spend our lives in bed--well, maybe if you're a gazillionaire you can--but most of us can't. So you have to be able to talk to each other, to do things together, and to have a real relationship. My husband tells me that's why he thinks my books haven't set the world on fire. I always have a real friendship between my protagonists--along with their hot sex. Because I love and respect my characters, and want them to be happy for the long-term.

And this reader, for one, loves your books! You have my respect and admiration for your limitless imagination.

Thanks so much for your comments and support!