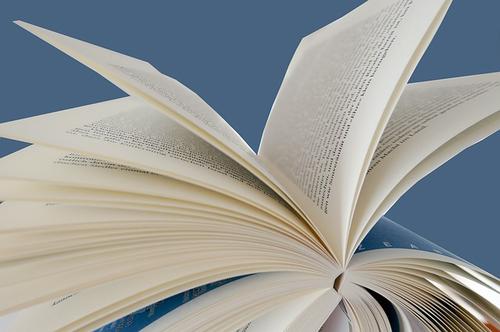 Image by moritz320 from Pixabay
Marketing data consistently indicate that series sell better than single titles. That’s not all that surprising. If you can hook a reader on your characters and your fictional world, they’re going to want to return for repeat visits.

Due to my abnormally strong craving for variety, I’m probably less susceptible to the appeal of a series than many readers. Even so, I devoured the Game of Thrones books (and I’m still desperately hoping against hope for the next one), so I understand the effectiveness of spinning multi-volume tales. I’m a sucker for Stephanie Plum’s antics, too, though those books are so similar to one another that it hardly matters in what order you read them. (Janet Evanovich has just published the twenty seventh installment of Stephanie’s adventures. It’s hard for me to get my mind around that!)

For the first decade and a half of my writing career, I wrote only standalone books. Somehow whenever I got to the end of writing a novel, I felt that I had nothing else to say. I actually did leave the door open for a sequel to my MM dystopian sci fi novel The H-Gene (2012, originally entitled Quarantine) but I could never motivate myself to start writing it. When I wrote “The End”, the curtain closed and it was time for me to move on.

Then in 2017, something shifted. I published a light-hearted, smutty novella (Hot Brides in Vegas) which did quite well. After Hot Brides, I planned to return to more literary projects, but I found I had lots more to say about the Vegas babes. Whenever I thought I was done, new and outrageous notions popped into my mind. The next thing I knew, I had written five books, two of them close to novel length.

The Vegas Babes project was accidental. For the past two years, however, I’ve been working on a deliberate series. The Toymakers Guild is intended to be a trilogy. I just finished the second book, The Journeyman’s Trial. I’ve learned a lot in the process. In particular, I’ve discovered that writing a series is really hard!

Writing the first book probably isn’t much different than a standalone novel, except that you’re constantly juggling ideas, deciding what to use now and what to save for later books. I know some secrets about my characters that I plan to reveal eventually, but when? I don’t want to bring out the big guns too soon.

The second book introduces all sorts of difficulties. One big issue is consistency. When you write as slowly as I do, you tend to forget earlier details. What is Archie’s last name? What color are Amelia’s eyes? Which side of the Master’s face is disfigured due to his tragic accident? Questions like this come up all the time, and of course, I can resolve them by going back to the first book or the earlier chapters. What I worry about are the details I don’t check, especially related to the (frequent) sex scenes in the series. What have I forgotten that I’ve forgotten? I remember reading an erotica novel in which the heroine had her first anal experience... in two different chapters! I shudder to think I might make a similar mistake, and that readers might notice.

Another question relates to character development. Unlike some series, The Toymakers Guild follows the same set of characters through multiple books (adding some new ones along the way). I need to show these people growing and changing over time, based on their experiences. If they remain static, the books will be both unrealistic and boring. On the other hand, there has to be continuity – changes in the characters’ thought patterns or behavior can’t be so radical that they’re implausible.

A third point is the need for escalation. Escalation means holding back at first, starting gradually, then building up the tension (both narrative and sexual) as the book, or the series, continues. To keep a reader engaged, you need to continually up the ante. This means that the challenges that face the characters in Book Two need to be more serious than in Book One. Book Three should put them in yet more desperate straits. Meanwhile, if you’re writing erotica, the sexual situations in Book Two should also be more extreme, intense, or unexpected than in Book One. You don’t want your readers to get bored.

Possibly the trickiest aspect to the series challenge is deciding how to integrate back story. How much of Book One should you recapitulate in Book Two? In an effective series, it should not be essential that a reader start at the beginning. An author needs to give sufficient details about past events and relationships that the current book makes sense. More than once I’ve tried to read a series book out of order and found it incomprehensible because I didn’t have enough information about the background. At the same time, you don’t want to bore readers who did read the previous books by retelling too much. You certainly need to avoid the dreaded info dump in the early chapters; whatever clues you do provide should be scattered through the new narrative rather than concentrated in one place.

It’s a delicate balance. The ideal situation is to have some beta readers who’ve read the earlier books, and some who haven’t. Alas, we all know how hard it is to find any beta readers at all.

Anyway, I’m in the process of editing The Journeyman’s Trial, which should be out by the end of the month. Meanwhile, I’ve started juggling ideas for The Master’s Mark, which is intended to round out the trilogy. I’ll never be George R. R. Martin, but I hope I can keep my readers coming back.