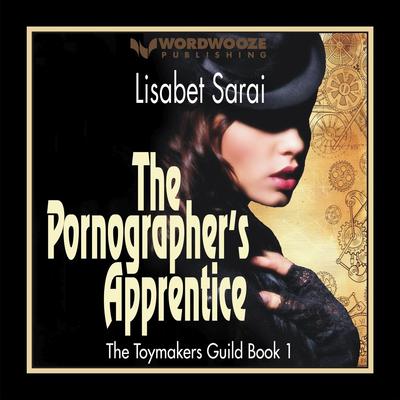 I’m thrilled to announce that first book in my series The Toymaker’s Guild is now available as an audio book from Amazon and Audible!

Click on either of the links and go listen to the sample. It’s fantastic! (If I do say so...) The book is narrated by Melanie Hastings, who really manages to capture the Victorian feel.

She wants to build sex toys... If they'll let her.

Inspired by a salacious catalogue found in her deceased uncle’s library, she applies for an apprenticeship with the Toymakers Guild. The Guild fabricates bespoke sexual artifacts for the private pleasure of select clients – an occupation for which Gillian, with her technical abilities and her lascivious temperament, is eminently suited.

When an unscrupulous nobleman sets up a competing enterprise, he threatens not only the livelihood of the Guild’s members but their lives as well. Gillian hatches an audacious plan to entrap the villain, save the Guild, and leave the absent Master no choice but to grant her heart’s desire.

If you like steampunk erotica with a kinky feminist bent, you'll love The Pornographer's Apprentice.

LISTEN TO A SAMPLE: https://amzn.to/3wJZgCq

Posted by Lisabet Sarai at 8:56 AM