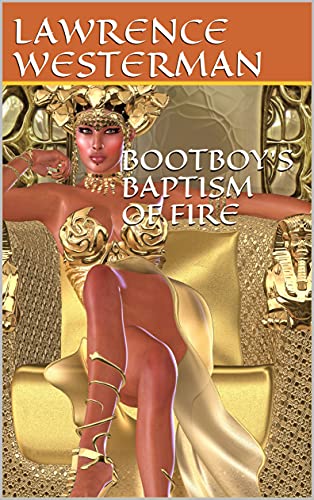 Hi, Lisabet. Thanks for inviting me to introduce myself on your blog. It’s been a great pleasure getting to know you on ERWA. You’re an author whose work I greatly admire and very much enjoy reading.

As an only child, I took refuge in my imagination. I grew up on the Upper West Side of Manhattan, the son of a commercial artist and a philosophy professor. Dad was an illustrator who worked for the Madison Avenue ad agencies during the “Mad Men” era and painted in his spare time. Mom earned her PHD in philosophy and taught at a college level during a time when not many women were doing that. Thus, I grew up in an artsy, intellectual household, with a mother who had a dominant personality.

Attending my first school, I felt a bit out of place. I was an imaginative dreamer in an institution that groomed boys to attend Harvard. My third-grade teacher was a withholding shrew of a woman who tried to crush my spirit. She did one great thing though. She read The Hobbit out loud to us in class. I was immediately transported to a world of fantasy and adventure; freed from the confines of mundane reality. I picked up the Lord of the Rings on my own and discovered my favorite books of all time. I’ve read Tolkien’s trilogy more times than I can count, including to my son aloud when he was a small boy, starting with The Hobbit. Thus, my love of epic fantasy was imprinted on me at an early age and has followed me throughout my life.

I discovered my kinky sexuality a bit later on. My second school was a church school and, oddly, a much better fit. Singing in that beautiful old cathedral was a revelatory experience. Talk about reverb. Around that time, I experienced my first sexual awakenings, partially inspired by television shows like Batman and the Avengers. How many boys did Catwoman and Mrs. Peel convert to the dark side? I have no idea, but to hear old perverts tell it, quite a few. While other pre-pubescent boys fixated on breasts, I found myself attracted to women who wore black leather boots and stilettos. When our choir master's accompanist took off her shoes and pumped the piano pedals with her stocking feet, I sat in my pew transfixed.

There was no internet when I grew up. Smut was more difficult to find and it was mostly of the printed variety. On the cusp of puberty, I discovered The Pearl, a paperback compendium of issues from a Victorian magazine featuring tales of unbridled debauchery, including stories about corporal punishment and flagellation. I immediately found I gravitated toward the kinky stories, though I was still fascinated by vanilla sex. All of these disparate influences were jumbled together and swirling around in my head. I didn’t know enough to identify as being kinky yet, but I began to develop a vague notion that my sexuality might be a bit outside the norm.

At this point, I was still living in my imagination. I needed a play partner and was fortunate to find one in my high school girlfriend who was a gifted poet. We became fast friends and the relationship grew from there. We confessed our sexual fantasies to each other and discovered we were both kinky. Both being submissive, we set up a routine where we used to switch. It was a bit like trading backrubs, but a lot kinkier. We engaged in intricate role play scenarios, complete with character names and fantasy world backstories behind every session. I learned many things from her. By far the most important thing she taught me was to never be ashamed of my sexuality.

In College, I met “Her Majesty,” my wife of thirty-five years. I did the same thing with her I'd done with other girlfriends, usually without success. I waited for a few months, then made the big confession about being kinky. To my delight, her reaction was quite a bit different than the other ladies I’d met. When I confessed my fantasies about being whipped, she insisted that I buy her a real whip. Needless to say, I enthusiastically obliged. We were married about a year later in 1986. In the early 2000s I started a blog called Her Majesty’s Plaything, in which I lovingly documented our sessions. D. L. King began following the blog and we became friends. Soon thereafter, she published my first short story in a collection titled Under Her Thumb: Tales of Female Domination. The story was called “Her Majesty’s Plaything,” and consisted of excerpts from my blog.

I discovered I loved writing and I loved writing specifically about BDSM, but my early attempts at writing fiction left something to be desired. I had a burning desire to write, but I didn’t know what I didn’t know. It was D.L. King who recommended I join ERWA, which I did in 2018. In ERWA, I found a group of authors who were supportive of each other and would critique my work honestly, point out the good bits and call my attention to areas that needed improvement, without being snarky or unkind. I enthusiastically recommend ERWA to anyone writing erotica, regardless of experience or skill level. They’re a talented group of extremely kind people and they’ve taught me a lot.

Thanks for asking me to write something, Lisabet. As it happens, today is my birthday, which made strolling down memory lane even more fun than it would have been otherwise. Thanks for allowing me to share my story with you and your readers.

Bootboy’s Baptism of Fire is the first book of The Bootboy Chronicles, a trilogy that blends femdom erotica with sword and sorcery-style fantasy. The trilogy take place in the land of Ortheria, a matriarchy where women rule and men are slaves. The stories follow Commander Lenore and Bootboy over the course of their fifteen-year relationship, as they defend Ortheria against rebel bandits and other dark forces that seek to destroy it. In Bootboy’s Baptism of Fire, Bootboy is accused of violating his oath of service by Commander Lenore and must prove his innocence before the High Court, or be forever banished from House Anais.

“The High Court is gathered to hear a case brought by Commander Lenore of House Anais. Commander, are you in the courtroom?”

The reply came from the gallery, where Commander Lenore stood. She wore a short, black leather tunic and her hair fell past her shoulders in lustrous, midnight waves. Violet eyes fixed the judge with piercing intensity and a look of grim determination was written on her heart-shaped face. As I gazed at her through the peephole, my eyes filled with tears.

Why have you forsaken me, Commander?

Welcome to Beyond Romance, and congratulations on getting the first Bootboy story out to the world! Thanks for sharing a bit about your journey, too. You are fortunate to have found someone with complementary desires to complete your life.

Yes, you are indeed very lucky to have found a "play-partner." And many of us discovered our sexuality from early TV shows. I wanted to BE Emma Peel and Catwoman--for the power their sexuality gave them over men, as well as for the fun to be had from exploiting it.

Congrats on the novel, and good news that there's more to come (pun intended. LOL.)

Hi Lisabet! Thanks so much for inviting me to be a guest blogger and for all of your help and support unleashing Bootboy on the world! Both you and Fiona are entirely correct. I am incredibly fortunate to have found Her Majesty and count my blessings daily that she is part of my life! :)