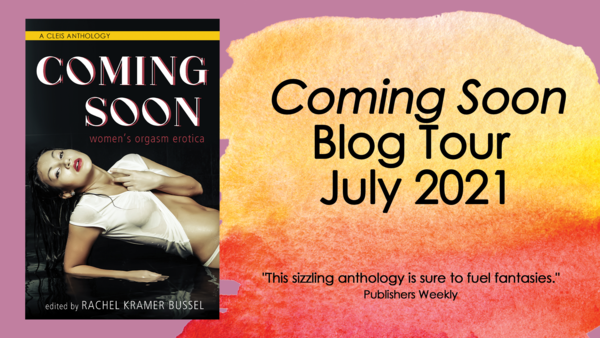 What does it feel like to climax? Coming Soon: Women’s Orgasm Erotica offers wild and thrilling tales of female sexual pleasure that explore that question in a variety of wondrous ways. From a fetish that will appeal to any book lover and a waitress who’s seduced by her very attractive customers to the thrill of artificial intelligence that knows exactly how to please a woman sexually, you’ll discover how delightful it is to come and come again. Read about women who like to watch, and others who love to get naked and show it all off.

Read to Me - CC Bridges

The Voice in Your Head - Victoria Diane

The Electricity of a Dark Peak - D. L. King

What You Need - Angela Addams

The Size of Love - Sally Bend 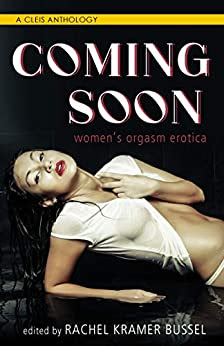 From “I’m Her” by Henry Corrigan

The bathroom she’d chosen was small but serviceably spare, wrapped up in the smell of industrial lemon. When the knock finally came, Catherine’s heart thudded as she threw open the

Wordlessly Dave or Pete or Brian slipped past, taking his place atop the toilet. Locking the door behind them, Catherine smiled at this stranger with his blue shirt and hungry grin.

They stared at each other for a long moment and then, with slow, conscious movements, began.

Catherine lifted her skirt as he unbuckled his belt.

She slipped her fingers into her underwear as he stroked

himself, his cock held tightly in his fist.

She teased herself slowly, stirring the soft hairs with her palm, gliding a finger between her lips, drawing out the warmth like a friend called out to play.

Dave or Pete or Brian bit his lip and stroked more quickly now, growing harder by the second. With deft fingers, Catherine slipped her underwear off and spread her thighs wide. Slipping a finger insider herself, she gasped and rolled the hood of her clit gently, sending light straight up her spine.

Soon enough the smell of lemon faded, replaced by the musk of their exertions. Her thighs were quivering, and his cock was

He sighed as Catherine lowered herself down but for her it was uncomfortable at first. Her inner muscles, too long unused, rebelled at his thickness, leaving her hissing as she rocked against him, back and forth.

Breathing deeply, she closed her eyes, listening to the sounds beyond the door. The whisk of luggage wheels and conversations, the thousands of people walking by. None of them would ever see her like this, her bare ass clenching as she rode this stranger, her breath coming in frantic gasps as he went deeper every time.

With a shudder Catherine rocked forward, now flush against his hips. She sighed and let her head fall back, the sensation not quite orgasm, but the pleasure of being filled.

Get yourself a copy... soon!

What gets one woman hot leaves another cold. But with an anthology like this, there's bound (heh, heh) to be something for everyone's taste!

Thank you so much for this Lisabet! I greatly appreciate the help and kind words :)

And thank YOU Fiona. There is definitely something in Coming Soon for everyone (and a review couldn't hurt us :))