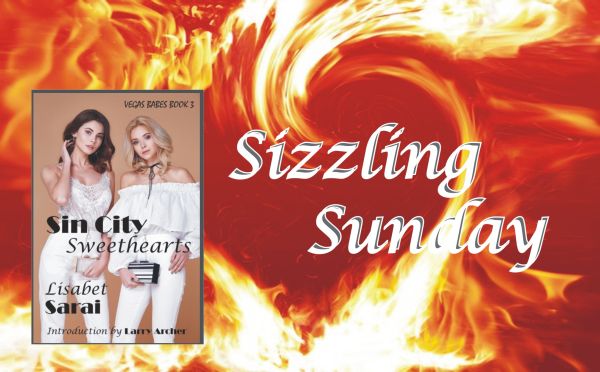 Welcome to another Sizzling Sunday! Today I have an exclusive, never-before-shared excerpt from Book 3 of my Vegas Babes series, Sin City Sweethearts. In case you haven’t visited for a while, this is one of the books currently 50% off as part of the Smashwords Summer/Winter Sale. (The first book of the series is entirely free!)

Welcome to Las Vegas—leave your inhibitions at the city limits.

(At the Halloween party organized by Marcie's university department. Annie is costumed as a female devil.)

A tall string bean of a fellow in a checked shirt, cowboy hat and boots strode onto the dance floor and grabbed Maddy by the arm, pulling her away from her partner.

“Heard she was here.” the young man repeated. “I need to see her.”

“Ethan! What are you doing here?” Maddy sounded both shocked and scared.

“Told you, I’m lookin’ for Marcie. My fiancée.”

Oh no! Annie suddenly remembered their stoned jokes about Ethan from Ely, Marcella’s incompetent first lover. He’d actually come looking for her! And there she was, in the corner, sucking face with some guy Annie didn’t recognize, whose fingers were buried in her snatch!

Without conscious thought, Annie swung into action. Pushing her way through the gyrating crowd, she tapped Ethan on the shoulder. Despite his obvious agitation, his eyes grew wide and his jaw dropped when he caught sight of her in all her infernal glory.

“Hey there, cowboy! Can I help you?” she purred. She ran her hand up his arm, squeezing his biceps, which were perhaps more impressive than Marcie had led them to believe. “Nothing I like better than a hard, strong cowboy…” She dropped her palm to his crotch, where as she expected she found a growing lump. “Want to come for a ride with me?”

Ethan blinked twice. His Adam’s apple jumped as he swallowed, trying to find his voice. “Uh—sorry, ma’am—I’m tryin’ to find my girlfriend. She’s a student here, an’ someone told me she’d be at this party…” His voice trailed off as Annie massaged his thickening cock through his jeans.

“Why don’t you come with me and we can look for her?” Grabbing his elbow, she tried to drag him toward the entrance, away from the corner where Marcie was now bouncing up and down in Ben-Hur’s lap.

“I know everyone, cowboy.” She flashed him a wicked smile. “Don’t you believe in the devil?”

“Yes I do,” Ethan replied sincerely, his hat swiveling as he continued to search. “An’ I’m worried he’s got his hooks into my Marcie.”

If only you knew, Annie thought.

“I’m sure she’s fine,” she continued aloud, breathing a sigh of relief as she managed to maneuver him out the door and into the foyer outside the ballroom. “Why not forget about her for a little while and pay attention to me?”

The security guard had disappeared. That explained how this interloper had managed to get into the party. Meanwhile, she needed someplace private where she could distract this young man enough to make him forget his mission.

She noticed a door labeled “Drama Club”, a little way down the corridor leading into the main part of the building. “Maybe she’s in here,” Annie babbled. “Fixing up her costume…”

The drama club room was unlocked. If Ethan had resisted, she would never have succeeded in getting him inside, but despite his continued grumbling, he let her lead. Once they were inside, she flipped on a light and locked the door. Things were complicated enough without them being interrupted.

“Sit down,” she ordered, giving him a backward push that landed him on a worn and faded sofa. His hat tumbled off behind him. Before he could react, she’d sunk to her knees on the floor and was working on his zipper.

Ignoring his protests, Annie fished around in his briefs until she extricated his swollen cock, which was of quite respectable size despite Marcie’s complaints. Well, it’s not what you have, she thought, but how you use it. She stroked the rigid rod of flesh with capable hands. To her delight, pre-cum gathered on the tip and spilled down the sides. She lapped at the shiny red bulb, gathering and swallowing the copious fluid.

“Don’t—” Ethan moaned, even as his cock shuddered and jumped against her tongue.

“You don’t want me to do this?” She took his appealing cockhead into her month, swirling her tongue across its curved surface while sucking gently.

Tired of toying with him, Annie opened wide and swallowed his full length. He wasn’t as big as Ted (or Larry Archer), but it was still a challenge to take him all. She backed up a bit, took a breath through her nose, then sank down once more, devouring him to the root. Her nose burrowed into his coarse pubic hair, which had a musky, male smell that turned her on. Tightening her lips around his shaft, she started a smooth up and down movement, combined with the firm suction that never failed to drive Ted crazy.

He let out a groan of pleasure. She liked that. She liked the way he let her take control, too. He didn’t grab her head, or force his dick down her throat (though in some circumstances she enjoyed that, too). She had the freedom to apply all her oral skills, taking him to the brink, easing off, then ramping up the intensity once more.

When she glanced up from his cock to his face, she saw that he wore an expression of wonder. He’s only eighteen or nineteen, she reminded herself. This might be his very first blow job.

That thought made her hotter than she’d been all night. She redoubled her efforts, determined to give poor Ethan an experience he’d remember forever. Meanwhile, she pulled her thong out of the way and thrust three fingers into her soaked, steamy cunt, frigging herself in time with cock pistoning in and out of her mouth.

Faster. Deeper. His hard bulk twitched and swelled on her tongue. Her equally hard clit tingled and sparked. A pre-orgasmic wave of pleasure swept through her.

His softening dick finally slipped from her mouth. She licked her bruised lips and gazed up at him.

“Told you I liked cowboys.” 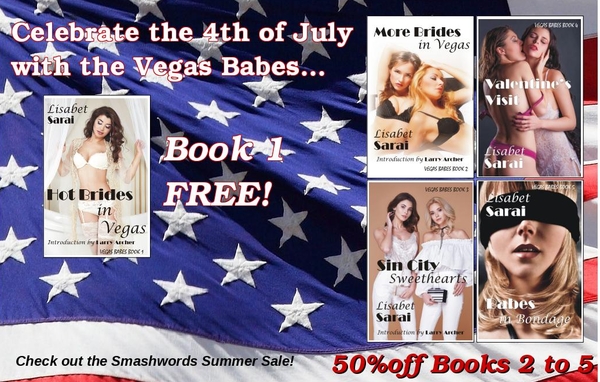 Would that be Ely, Minnesota? That's the only one I've been to.

Something tells me this cowboy is gonna get a whole lot better at sex, despite having been awkward and "incompetent" in the past. Experience will do that to ya! LOL.

Ah, that explains things. Most in Ely, MN don't wear cowboy gear. They wear outdoorsy places' gear. It's a start-off point to the west of the Boundary Waters Canoe Area, where guides will take you off for canoe camping.

Inquiring minds want to know. Thanks for clearing that up. LOL.