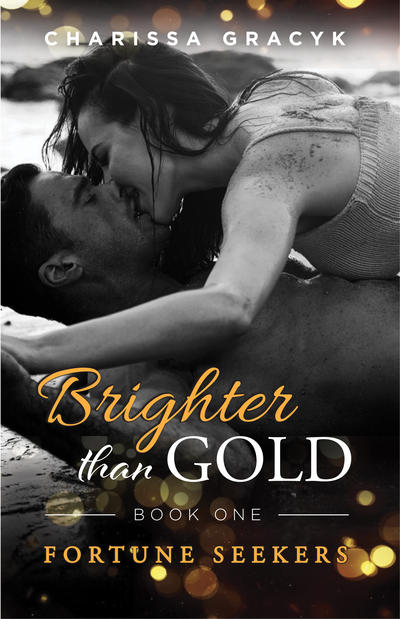 …it must be Indiana Jones. That’s the tagline from the iconic films and they’ve always been my all-time favorite. Growing up, I watched fast-paced, exciting movies about people on the adventure of a lifetime and the moment I finished Romancing The Stone, I knew that I wanted to be just like Joan Wilder—a romance novelist.

I started writing when I was 15 and finished two books, which will forever remain unpublished and serve as a learning experience, but there always seemed to be something missing and I couldn’t quite put my finger on it. My love for movies guided me to start writing screenplays and I’ve been lucky enough to dabble in independent filmmaking and produce and direct some of the scripts I’ve written.

But, over the years, I always continued to read my romances and still yearned to go back to trying it again. Then, I figured it out after I picked up my first book by Anna Hackett. You can put romance and adventure together! Her novels inspired me and I started ghostwriting for a client. With each book that came out, I was amazed by the positive reviews and high ratings. So, it only made sense to try it under my own name.

So, here I am, on the verge of releasing Brighter Than Gold, book 1 of my new four book series titled Fortune Seekers, and I couldn’t be more excited. It has all the elements of the stories I grew up with that will always hold a special place in my heart coupled with steamy romance. The contemporary series follows siblings who recently discover each other and who are soldiers of fortune. While seeking riches, they end up finding something much more valuable—love.

My love of romance and adventure has brought me full circle and, for the first time in my life, I feel like I’m doing exactly what I’m supposed to be doing. And, what could be better than writing stories about people swept up in danger, intrigue, excitement and falling in love?

Blurb for Brighter Than Gold

He stole from her before, but claims he’s changed…

Dylan Ford is a liar, a thief and a pirate. And, unfortunately, the only man who can help Hollis Quinn. Because she needs to salvage a shipwreck in deep water and only Dylan has the cutting-edge, specialized equipment to do that.

Hollis wants nothing to do with his equipment or his arrogant, crooked smile. He betrayed her once before and she’s reluctant to trust him again. But, when someone tries to kill her and steals her beloved father’s research, Hollis is forced to turn to Dylan.

As lines blur and truths are revealed, Hollis can’t decide whether she wants to punch Dylan or kiss him. Adventure and intrigue draw them closer and, as they work together to find the priceless cargo, one thing is clear: Dylan Ford isn’t the same person he used to be.

But, can Hollis ever fully trust him?

Get your copy at Amazon: https://www.amazon.com/dp/B097YSLJZ4

Hollis turned to see Dylan staring at her. With a frown, she tore her gaze away and back to Lia. “Shit. Why didn’t you tell me he was here?”

Dylan Ford. He always caught her off-guard and left her traitorous heart thumping madly. She couldn’t explain it. She couldn’t stand the man yet every time she came into contact with him, he left her a little more breathless than the last time.

Hollis ran a hand through her long hair, steeled herself then grabbed her drink and headed over to his table. She had some questions and it was time for Dylan Ford to answer them.

Slouched in the vinyl booth, Dylan watched Hollis’s every step toward him. And, she looked pissed, but what else was new? He took a drink of his beer, gaze never wavering. Goddamn, she was beautiful. So fiery and fierce. He felt his groin tighten beneath the table.

When she reached him, he couldn’t help the crooked smile that appeared on his tanned, unshaven face. He’d had a few too many drinks tonight and his gaze moved down her figure with lazy speculation. “Hollis Quinn. You’re looking lovely, as usual.”

An uncontrollable blush heated her cheeks, but she gave him a look that was all-business. “Cut the bullshit, Ford,” she said.

But, he ignored the harsh words. “To what do I owe this pleasure?” He patted the seat cushion next to him and she slid into the round booth, holding her glass in a white-knuckled grip.

“How did you know I had information about the 13th ship? And, that I might need your help?”

Her dark eyes flashed in the dim candlelight from the small votive in the center of the table. And, just like that, he remembered his dream from the other night. Flashes of it, anyway. When she was beneath him, stretched out over the top of a piano, and his cock was deep inside her and her sultry eyes lifted to meet his…just like now…bathed in candlelight…

“I had a dream about you last night,” he said, voice husky.

His confession caught her off-guard and she blinked stupidly. At that moment, she couldn’t string two words together if her life depended on it. What was it about him that put her in such a tizz?

Then, he leaned in closer, dark brown gaze locked on hers. Hollis could smell the salty sea air still on his skin mixed with the fresh scent of soap, and she swallowed hard. Dylan Ford was so very masculine and so very dangerous.

“Don’t you wanna know what it was about?” he asked.

Hollis shook off whatever trance she’d been in and pulled back, feeling like a minnow being circled by a shark.

“Are you drunk?” she asked.

“No. I don’t think so. Maybe.” His non-repentant smirk sent another flare of heat to her face and a flutter in her belly. He breathed in and the smirk turned into a full-blown, charming smile. “You smell like coconuts.”

“Can you focus?” she admonished him. “I want to know how you knew.”

He chuckled, took a long drink as though he needed to cool off. “Maybe I just have a sixth sense for women who need me.”

Dylan’s gaze slid down the curve of her face then settled on a scratch that marred the table. “Do you trust me?” he asked.

“Hell, no,” she answered without hesitation.

He said nothing to reassure her. Only finished his drink, tossed some money on the table and stood up. “See you around, Hollis Quinn.”

Seriously? He was just going to leave and not answer her questions?

As he sauntered away, Hollis couldn’t help but check out his broad shoulders, imagining all those tempting tattoos beneath his button-down shirt. His waist tapered in just the right amount and his ass looked edible in a pair of jeans that hung loosely, and probably a little too low, on his straight hips.

When Dylan reached the door, he looked back over a shoulder and his mouth edged up in that crooked smile that annoyed her to no end.

Then, he walked out.

But, this was far from over. “Yeah, see you around, Dylan Ford,” she murmured, and finished her drink in one last swallow. 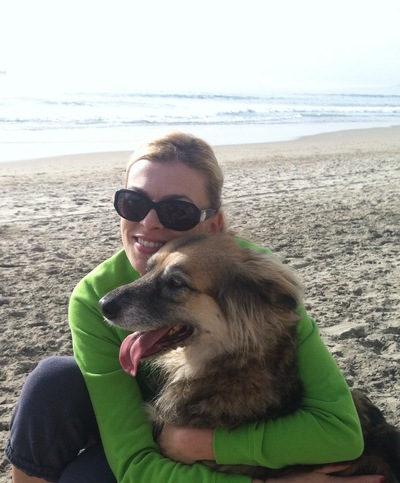 Ever since I snuck a romance novel off my aunt’s shelf when I was 10, I’ve loved the genre! I’m even named after a heroine from a romance that my Grandma read while my Mom was pregnant. I think it was meant to be and I’m so excited to share my fast-paced, action/adventure love stories with you.

I’m also a screenwriter and have written over 15 scripts, some of them even produced. I currently live in Los Angeles, but I’m originally from Toledo, Ohio, and visit home whenever I can. Rescuing animals is a passion and my cousin and I have fostered and helped home more than 300 dogs (and a few kitties!).

You can sign up for my newsletter and learn more about my upcoming books at https://charissagracyk.com/ .

**To win a FREE COPY of Brighter Than Gold, sign up for my newsletter by August 1 and let me know you saw it here at Beyond Romance. I will choose a winner at random.

Welcome to Beyond Romance and congratulations on the new release, which sounds fabulous. Romancing the Stone is one of my all-time favorite movies, and I have to say, your excerpt definitely captures the feeling of that sort of romance/adventure.

Thank you, Lisabet! I'm so happy to be here and appreciate the kind words! I'm so excited for this story to be out in the world and hope everyone enjoys Dylan and Hollis's wild ride!

You had me at "Adventures" combined with steamy romance! I've signed up for your newsletter. I can't do your ARCs because I review lots of books for TBR Pile, but if I win and read your book, I'll also review it--and offer it to TBR--sometimes they print my reviews for books they didn't assign to me.

Hi, Fiona!! And, thank you!! Adventure and steamy just go together too well haha! I would love to send you a copy (whether you win or not-- but, you are in the lead!) and would appreciate a review. Drop me an email with your info (charissagracyk@gmail.com) and I'll be sure to get you one (my author copies are on the way and taking forever to get to me, but looks like next week)...thanks again, Charissa