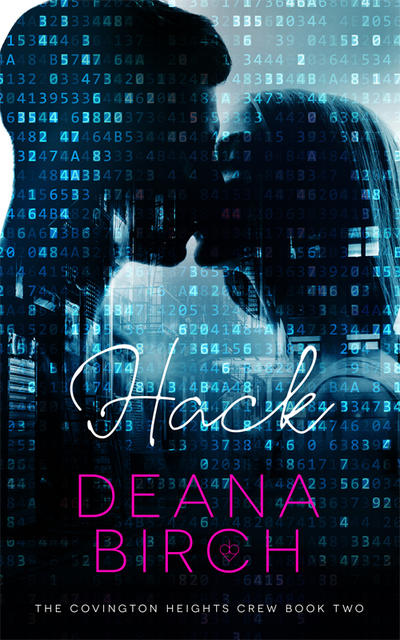 An online criminal craves real-life danger, but her flawed instincts may cost her new crew everything.

Rafael Santos didn’t get the nickname ‘Goldie Locks’ for his shimmering blond curls. His hair is as black as his criminal heart. No, it’s his Midas touch. His ability to earn—coupled with a love for theft and technology—has gained him the coveted Number Two position in the Covington Heights crew. The problem is…after a murder that sent their regular clients packing, even his numbers are down. Now, finding new sources of illegal income is his number one priority.

Marigold Pfeifer is the fairy princess of online deceit. She can slip her computer viruses into a system at the blink of an eye and steal personal information in a twinkly flash. And that’s exactly what she does when screen name ‘GoldieLocks’ slides into her instant messenger. What’d he expect? A gift card?

But when the naïve hacker rides the train uptown to check out mysterious Covington Heights, she’s approached by the leader of the crew and forced to think fast on her feet. A hate-filled rivalry sparks between her and Rafael—and with it a deviously sinful attraction.

Will real-life criminals and the danger they breed be enough to wise up the goth-pixie with zero street smarts when she must navigate dark waters—or will her flawed instincts burn all she’s worked for to the ground?

Reader advisory: This book contains scenes of violence and drug use.

The gym we shared on the third floor in Covington Heights was haunted by the spirit of our former crew member Leo. I was sure of it. As I circled around the blue sparring mat trying to find my next move, I could almost hear him whisper in my ear.

The problem was that the man opposite me didn’t have very many soft spots and his steel-blue eyes were like the tip of his sword. They pierced before anything else. As he narrowed his gaze ever so slightly, he would land his next punch. His brick fist slammed into the cheekbone just below my left eye. Pain slapped the side of my face, but I wouldn’t let it spread to my ego. It wasn’t personal, that I knew. Anton was pissed and working out his frustrations. Hell, we all were.

“Ooo…” He jogged backward. “You okay there, Goldie Locks?” His fake sympathy was followed by a proud smile but he wouldn’t get any complaints or signs of weakness from me.

“You know I like it rough.” I winked and walked over to the small fridge at the back of the gym where my boy Jackson and I had started keeping ice packs. Shit happened. Anton wasn’t as good a teacher as Leo, but practicing was the only way to get better, stronger.

Since Leo’s abrupt departure, Anton had been a miserable prick. He’d turned into the crankiest bitch I’d ever seen. And he had a serious alpha complex. His physical dominance wasn’t only a reminder that he was a better fighter. It was the exclamation point that our asses belonged to him…or else.

Leo had gotten away with too much, and those who were still around were paying the price. I shot a knowing glance to Jackson, who looked away and continued to do his bicep curls on a bench near the door.

Anton wrapped a towel around his bare shoulders and said, “Jackson, meet me in fifteen at my place. Scooter’s bringing the numbers from Bradford South.”

I dug out the frozen bag of blue gel then sat on the side of the treadmill as I pressed it into my cheek—bitter cold relief for a festering wound of the bossman’s frustration. No one could spar like Leo. Message received. No one was going to be allowed to get away with the same disrespect. Got it. But penance for other people’s sins was getting old quick. Unfortunately, all was fair in crime and crews. Did I like taking a blow from time to time? Honestly? Yeah, I did. I wanted to be better, wanted to learn. I craved more respect and was plotting ways to get it.

Anton tipped up his chin and winked at me. It was his way of checking in. That was also part of his management technique or whatever-the-fuck way he kept us down but happy. Show the power first, then a hint of giving a shit. I’d seen it before. I actually didn’t mind it. The familiarity was somehow comforting.

“Let’s make some fucking money today.” Anton looked us over one last time before leaving, his glare emphasizing that it was a command, not a request.

I walked over to Jackson, my former roommate and literal partner in crime. We’d bonded over not having fucked-up families, just fucked-up circumstances, Xbox and both refusing to become adult enough to drink coffee. Plus, we liked the idea of belonging somewhere. And the money… We liked the money.

Jackson set the weights down on the gray concrete floor. “He needs to get laid.”

More like I needed to get laid. I’d given up on banging girls from our neighborhood. There was nothing interesting about being worshiped. Besides, they only did it in hopes of making their lives better. None of them really ever bothered to get to know me, not to mention that half of them were customers. That was more trouble than it was worth.

I shook my head. Anton had no problem there. “He needs to make more money.” It was true that since we’d knocked off Mac, who had been a regular patron at our backdoor gambling racket, attendance had gone down to zero. No one liked the idea of tempting Anton’s quick fuse and ending up in the river—not that we’d thrown Mac in the river, of course.

Lucky for us, the police had written off the Bradford murders as a drug deal gone wrong and hadn’t cared to search much further. Our sources at the precinct said there had been mild rumblings of it seeming like a professional hit because of the precision, but, in the end, it was a criminal-on-criminal crime and they tended not to waste too many resources on shit like that.

Jackson stood and put his hands on his hips. “What are you up to later? I’m moving my stuff to Lisa’s and could use a hand.”

“Aww. You all lonely and shit since I moved out?”

There was no need to explain. I’d seen Jackson’s baby-mama Bridget at our bench in the courtyard too many times in the last month. Selling drugs was a lot less fun when it was to the mother of one of your favorite kids, which brought me full circle to the money problem. We were a small operation. Sure, we had gained territory since the Bradford Towers crew had taken the hit. But with the game numbers down, I was pretty sure that the money decline was tainting Anton’s mood more than the loss of his previous sidekick. The bossman wasn’t exactly sentimental.

I pressed the cool into my cheek. It had thawed a little and was losing its original stiffness. “I’m working on something…a new business venture. Just waiting on a contact.”

Jackson rubbed his jaw. Maybe he’d taken a couple of hits I hadn’t seen. “Well, get fuckin’ crackin’.” He gave me a little salute and was gone.

I reached for a hand towel and wiped the residual sweat off my arms and chest. I hadn’t always wanted to be a law-breaking shit who sold people poison. It was just that I’d been bored—bored in school, bored in life, bored everywhere except in my own head. There, everything spun. It was like other people’s brains were funnels catching raindrops and all the information came to one eventual stream of thought. Mine? A constant downpour where I wanted to see every single bead of water and analyze it. That was what my high school computer teacher had said, anyway. He’d also said that was why I would be great in IT. Yeah, that ‘career path’ had taken an odd but predictable turn.

Breaking into people’s computers calmed me—and had earned me my first trip to juvey. When I’d gotten out and met Anton… Well, it all just seemed like destiny. But Anton was hard, from his jawline to his inability to show compassion. I didn’t have that darkness inside. Not that it mattered… I’d made my choices. A life in a suit and a picket fence with a puppy wasn’t going to happen for me.

I left the gym and went across the hall to the apartment I’d shared with Anton since Leo had moved out. The spray of his shower echoed down the hall that led to his room. I headed in the opposite direction, crashed on my bed with a thud and reached for my laptop.

I logged in to my favorite online chat for hackers and it only took a second for my idol to send me a direct message. Bingo.

Majel213: Going live in five. Glad you finally decided to show up, Goldie.

As if I would miss it. Majel213 was my Internet spirit animal. I typed my response.

GoldieLocks: Highlight of my day. You know I’ve been itching to see what you’ve been scheming.

I always tried to up my nerd and downplay my street vibe whenever she and I chatted. The tech geek in me wanted her to respect my brains, as fucking stupid as that was. Online, I could be anybody. The idea of someone liking me for my intelligence was an out-of-body experience. In the six months since I’d found Majel213 and her wicked tutorials, we’d somehow become friends. Well, maybe not friends—but more than online strangers. It was just that we’d never actually seen each other. I’d never offered a profile pic in our chats and she did all her videos without showing her face.

I was sure that if she knew I was just some street criminal who’d never really carried out an impressive hack, I would lose the connection we’d built. And I needed her. Getting my hands on her malware was a way to keep my Midas touch.

The nickname ‘Goldie Locks’ had evolved over the years from ‘Golden Boy’, neither of which had anything to do with my hair. That was pitch black. It was because I was a good earner and I’d gotten the light-eye gene from my Brazilian heritage. The fact that the name had turned into a fairy-tale character didn’t bother me. In fact, when I’d first starting using it online, I’d catfished quite a few idiots. 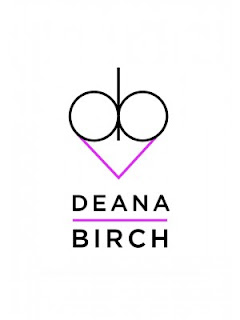 Deanna Birch was named after her father’s first love, who just so happened not to be her mother. Born and raised in the Midwest, she made stops in Los Angeles and New York before settling in Europe, where she lives with her own blue-eyed Happily Ever After. Her days are spent teaching yoga, playing tennis, ruining her children’s French homework, cleaning up dog vomit, writing her next book or reading someone else’s.

Enter to win a fabulous gift package and get a FREE eBook from the author!

DEANA BIRCH IS GIVING AWAY A FABULOUS PRIZE TO ONE LUCKY WINNER. ENTER HERE FOR YOUR CHANCE TO WIN A LOVELY GIFT PACKAGE AND YOUR FREE DEANA BIRCH ROMANCE BOOK! Notice: This competition ends on 2nd March 2021 at 5pm GMT. Competition hosted by Totally Entwined Group.

Welcome to Beyond Romance, Deanna!

Hack sounds like a very different sort of romance (which is a strong recommendation, in my opinion). Hope it does really well.