It's all Maya -- #Photographs #Change #Ephemeral 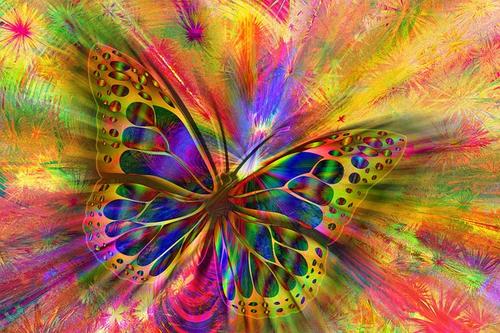 When we moved from the US to Asia, nearly two decades ago, I got rid of at least three quarters of my material possessions. One thing I kept, though, were photographs. We shipped two plastic crates of prints and negatives, plus a box of photo albums where I’d pasted the very best of our travel and party photos, to show to others.

Photographs possessed a certain importance, a gravitas, as historical markers. They were artifacts to be preserved and cherished. Family photos adorned the walls in my mother’s and grandmother’s homes, not only of people that I knew, but also of people I’d never met. Our family marked important transitions with group portraits. My archives include the originals of at least two expensive studio shots of me and my siblings, one when I was around seven, the other aged twelve. In addition, my first lover was an amateur photographer, who taught me a bit about his craft. Among the boxes we shipped were envelopes of black and white “art” photos I shot in my junior and senior year in high school with my used Kodak single lens reflex – and developed myself.

Photos were precious then.

How things have changed! Now we all carry cameras in our pockets, and capture images of the most prosaic subjects. We flip through the pictures, allocating a few seconds to each – “sharing” them, deleting them, editing and enhancing them, rarely if ever printing them. Photos have become nothing but electronic data, ephemeral. We keep them on our devices, upload them to social media, and sometimes download them to our hard disk. If we don’t back them up regularly (and how many of us do?) they could all vanish with a single computer crash. Life’s history, gone in an instant. Maybe that doesn’t matter, but it’s quite a contrast to the thick-parchment, colorized, pricey studio photos of my childhood.

Books have followed the same trend. In that move halfway around the world, I also kept a selection of my favorite volumes from my youth. In fact, they’re still sitting on my shelves here, in some cases fifty to sixty years after I acquired them. Many are what I’d consider timeless classics: the complete Sherlock Holmes stories; Alice in Wonderland and Through the Looking Glass; Edgar Allen Poe; Shakespeare’s plays. I also have very old versions of books that have been important to me personally, including Anne Rice’s vampire books (a 1975 edition of Interview with the Vampire) and The Story of O.

A book was a magical object, back then. Opening the covers, you entered the gates to another world. This was still true when I published my own first novel, twenty years ago. I held the paperback in my hand – the paperback with my name on the cover! – and marveled that I had joined the illustrious ranks of real authors. Like all writers, I even fantasized about my book becoming a best-seller or a classic.

And now? Books are just bits. I have a box full of printed author copies I can’t get rid of, including four different versions of that first novel, and a hard disk packed with manuscript files. There are multiple different versions of many tales, published and re-published, tweaked, expanded, reworked. The notion of a book as a finished creation, whole and perfect, has disappeared.

I used to suffer from what I called “narrative inertia”. What I meant was that I found it almost impossible to make significant alterations to a book after I’d written “The End”. My work seemed to resist revision. Almost as if it were solid and real.

I’m past that now. I can slice and dice my books to suit the perceived market. They have no special status, and I have no illusions about their pretensions to longevity.

The notion of a timeless classic being published today almost seems laughable. Fifty years from now – nay, even twenty years – hardware and software will have evolved to the point that ebooks from this era may not even be readable.

Of course, according to Eastern spiritual traditions, change is the only constant. Everything is ephemeral, the universe a construct of our minds and emotions. It’s all Maya, the sparkling, ever-mutating illusion that masks the incomprehensible, eternal nature of God.

Perhaps it’s a side-effect of growing old, but these days almost everything seems temporary. News. Crises. Fashions. Celebrities. Technologies. Scandals. The rate of change seems to be constantly increasing. I don’t even bother to pay attention to much of what flashes through my life, or across my screen. It’ll be gone before I can even grasp it.

I’ve published more than a hundred stories, novellas and novels. For the past ten years, almost all of them have been in electronic form only (though a growing number are available as audio books). I have gigabytes of erotica on my hard disk. Sometimes I wonder what will happen to all that racy fiction when I die.

I suppose it doesn’t matter. Like my body, my stories will crumble to dust – or corrupted bits.

I’d like to believe, though, that at least a few people have been touched, or changed, by my work, and that they’ll remember. Despite everything, I believe that spirit endures. Maybe some flashes of my vision will remain, in someone’s mind or heart.

First of all, what a gorgeous picture! I already have 6 butterflies tattooed on me, but if I ever want another one, it would be this one, with all of the kaleidoscope of colors!

I've never heard of the concept of Maya, but it sounds fascinating. I just can't get past how much I LOVE that picture! It's so exuberantly alive! I love the days when you just put random thoughts on your blog. They're thought-provoking. I love having my brain nudged in new ways. Thanks!